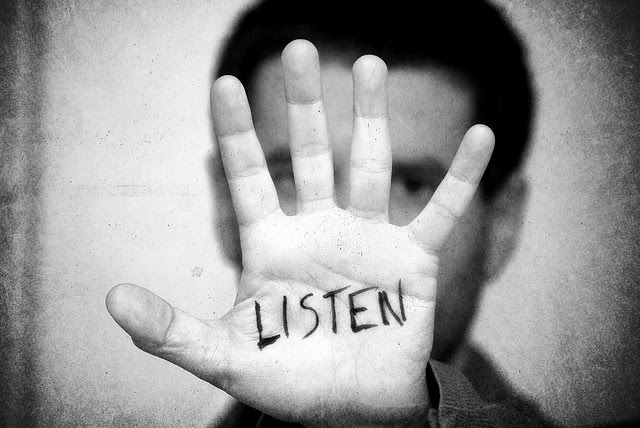 Are people that receive mental health services truly listened to?  Why are reports of symptoms and other subjective experiences considered reliable enough to be used when formulating a diagnosis, but the same individual's reports of being disrespected, and the adverse effect and/or the ineffectiveness of the prescribed drugs are dismissed, ignored or said to be symptoms of "anosognosia;" instead of being respected, validated? Conversely, when a patient reports being satisfied with psychiatric treatment and claims the drugs are helpful; the patient is automatically considered to be a reliable reporter.  In my experience, the mental health professionals who fail to listen consider reports of negative experiences, including complaints of being disrespected, and experiencing negative effects from being given a psychiatric diagnosis and having psychiatric treatment, inaccurate, and will refuse to thoughtfully consider or respectfully listen to family members and others who support a person by advocating for their self-identified interests; or by validating complaints of harm, discomfort, disrespect and and attempting to minimize or ameliorate actual iatrogenic injuries inflicted upon their loved one. Why would professionals refuse to listen to a patient and their family members? apparently, it depends on the psychiatric diagnosis/es they have been given...

In one study of how patients felt about drugs they were prescribed because they were given a diagnosis of schizophrenia, the results a disappointing, but not a surprise.

A study funded by NIMH suggests why those who are getting mental health treatment have good reason to believe their subjective experiences are not considered relevant, or that their experiences are minimized in the mistaken belief they are not important in the not so humble treatment provider's opinion.  The possible explanations are discussed in a paper first published in 1989, in The Schizophrenia Bulletin titled, "Subjective Experiences of Schizophrenia: Toward a New Dynamic Psychiatry—II."

Failure to Hear Aspects of Subjective Experiences
The first hypothesis may be the most odious. One does not win friends in the mental health field by suggesting that what we consider to be one of our major strengths, the ability to communicate with patients, is often seriously flawed.  But with the exception of some clinicians and even fewer researchers, I suggest that we systematically exclude large areas of information from our assessment, classification, and understanding of patients. And these are areas of information that patients communicate readily or are readily observable if we become open to them. Read here