Some expert! Jon McClellan claims he has no clue, maybe he has anosognosia 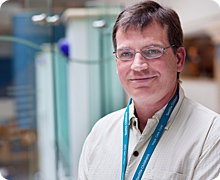 Jon McClellan
The recent reports by ABC News and Congressional Hearings held by Senator Tom Carper are only the latest investigation, announced with fanfare about an ongoing Human Rights tragedy of epic proportions.   The GAO's report was about ALL children on Medicaid, not only those in foster care; although the children in foster care have been what the 20/20 reports and the Senate Hearing focused on.


The fact that this is happening to kids who live with their parents who are on Medicaid is equally tragic; and is even less comprehensible, given the serious risks of the drugs being discussed.  It is because parents are not being informed of the known risks of the drugs, and are being misled about the nature of a psychiatric diagnosis?  The claim that any psychiatric diagnosis is a genetic or acquired defect is only a belief; yet parents are told their child has a  "disease," "chemical imbalance" or "neurobiolgoical" condition; as if it is a matter of fact. It is unethical it is only a belief that a psychiatric diagnosis is caused by a brain disease. A belief is evidence that a disease exists, the claim is not based on identifying any disease, so it is not a medical finding.


There is a lack of accountability, accompanied by an abdication of responsibility which underlies the entire issue of using psychotropic drugs broadly and indiscriminately on children whose brains are not fully developed.   The beginning of this failure to be accountable was evident in the testimony given by Jon McClellan. When he was asked why so many children are being drugged off label for behavioral and emotional difficulties, he claimed to have no insight whatsoever into the situation.  This is an answer which defies reason; and entirely lacks credibility.


Jon McClellan could have offered testimony in answer to the Senator's question by stating why he himself prescribed multiple drugs "off-label" to countless children who were Wards of the State of Washington, and who are, or have been, inpatients at what he referred to as, "my hospital,' Child Study and Treatment Center. Instead, he said he had no idea.  Currently and historically, about half of the 47 patients at CSTC are Wards of the State of Washington, "foster children" whose psychiatric care is Jon McClellan's responsibility.  My son was at this facility twice, the first time for seven months when he was seven years old.  Jon McClellan wrote the discharge summary for this hospitalization; he states that my son may have early onset schizophrenia--that the diagnosis needed to be 'ruled out.' He states this in spite of the fact that he knew my son had Left Temporal Lobe Epilepsy, a neurological condition. This neurological  condition is validated by Jon McClellan, who recorded it as a current diagnoses upon the my son's discharge summary the first time Isaac was at CSTC.

Left Temporal Lobe Epilepsy is a condition which can cause the very same symptoms as schizophrenia, and which could explain all of my son's symptoms, which years later, Jon McClellan used to diagnose schizophrenia.  Schizophrenia is a diagnosis of EXCLUSION which means conditions which are known to cause the very same symptoms must not be present.  Temporal Lobe Epilepsy is thought to be caused by Brain Trauma.  My son was in foster care as a preschooler and was in fact brutally assaulted in foster care.  This assault is acknowledged by Jon McClellan, who recorded it in my son's medical record during his first hospitalization at CSTC, along with the notation that Child Protective Services were notified of the assault, as required by law.


When this "doctor" diagnosed my son with schizophrenia, I asked him wasn't it necessary to rule out the neurological condition he was known to have? Perhaps perform another EEG?  He said that it wasn't necessary.  I have since found out Jon McClellan ruled the Left Temporal Lobe Epilepsy out by removing the diagnosis from my son's medical record; a felony crime.


So, when I watched this hearing, and I heard him state he has no idea why children are being prescribed psychotropic drugs at such an alarming rate; I literally yelled at my computer screen, calling him a liar.  He could have shared the fact that he has written Practice Parameters and Treatment Protocols himself which are used by other medical professionals and which recommend using psychotropic drugs off-label for children.  He could have shared why he prescribed Ativan/lorazepam to my son in order to "control impulses" --- not an approved use.  It is a Benzodiazepine which is highly addictive, and meant for short term use only.  It is in fact standard practice for psychiatrists to prescribe this class of drugs long term.  It is also well known to cause brain damage.   Once Jon McClellan prescribed lorazepam it was prescribed to my son for the remainder of his 4+ year hospitalization.  Jon McClellan could have testified about how he prescribed Divalproex ER known as Depakote, "for aggression;" another drug Jon McClellan prescribed "off-label" which is contraindicated  for concomitant use with clozapine, a neuroleptic drug also known to cause brain damage, that he also prescribed "off-label."  None of these drugs were approved for pediatric use for the reasons Jon McClellan prescribed them to my son.  Some of the drugs are still not FDA approved for pediatric use over a decade after they were first prescribed to my son. Both clozapine and Divalproex ER are contraindicated for people with a diagnosis of epilepsy, and/or a history of brain trauma.


If what Jon McClellan did to my son is not Human Experimentation, then I am Mary Freaking Poppins!

He could have testified that he did all of this while participating in a federally-funded drug trial.  A drug trial he claims that my son was not enrolled in, a drug trial testing the same neuroleptic drugs for pediatric use for children with a diagnosis of schizophrenia.  I am expected to believe that while he was one of the researchers who is listed as an investigator on the most comprehensive (read EXPENSIVE) trial of neuroleptic drugs called, "Atypical Antipsychotics" on children, he was also "trialing" the exact same drugs on my son, by coincidence? Am I to believe he was doing it for kicks? He certainly wasn't doing it for my son's benefit!  At one point, Jon McClellan prescribed three neuroleptic drugs concurrently, in addition to the other psychiatric drugs he prescribed to my; son; all of them "off-label" prescriptions.  I thought my son was going to die... literally.  I used to dream of hiring mercenaries to rescue him.  In addition to excluding the Temporal Lobe Epilepsy my son has by taking it off my son's medical record, Jon McClellan also claimed that the severe PTSD my son had ever since he was a preschooler from being victimized by a violent crime, was not important; and had nothing to do with his emotional and behavioral difficulties.


For Jon McClellan to have given an honest answer when asked by Senator Tom Carper on December 1, 2011, he would have to admit he does have some idea about why the outrageous prescribing of psychiatric drugs which are disabling and killing America's children are being used.  Perhaps, he is incapable of being honest; he certainly was never honest with me, or with my son.


What really gets me is this "doctor" is a lead researcher; an authority.  I know there is no way in hell that I am the only one that knows Jon McClellan's failed to comply with, or conform to ANY Ethical or Legal Standards in his "MIS-treatment" of my son---which should in all reality disqualify him from the practice of medicine.  It is simply not just a case of disagreement about a psychiatric diagnosis!  This "doctor" violated every single Ethical and Legal parameter applicable to the practice of medicine and bio-medical research which involves human subjects as my son's "doctor."  Can anyone reasonably believe that children in the State of Washington's custody are safe being treated by a psychiatrist with so little ethical integrity?

Jon McClellan has ample experience prescribing psychotropic drugs off-label over the last couple of decades.  He has taught students at the University of Washington, and advises other medical professionals in phone consultations in a program the Washington State implemented.  In spite of these facts, and 2 + decades of doing these jobs in his professional career; he claims to have no insight whatsoever into the prescribing practices of psychiatric drugs which continues to defraud the Medicaid program.  Worse than the decimated budgets and robbing of the American taxpayers, is the plight of the primary victims of Human Experimentation in standard psychiatric practice: the children whose lives have been forever altered, like my son's was; and the  children whose lives have been lost altogether---like Rebecca Riley and Gabriel Meyers.  There are in fact countless thousands of children, who have been sacrificed on the altar of corporate greed by medical professionals.  Doctors paid by Medicaid and conducting Federally Funded research like Jon McClellan, are working for ALL of US.  It is the American taxpayers who these miscreants are working for---and I am wondering why more of us are not doing more to see that they are not allowed to keep killing and maiming America's children; while claiming it is MEDICINE?!


Does anyone really believe Jon McClellan has absolutely no insight into why neuroleptic drugs are being prescribed to children off label, since he wrote treatment guidelines recommending their off label use?  Does anybody wonder what the FDA does to doctors whose prescribing of drugs off-label results in a child's death?  The "doctor" that "treated" Gabriel Meyer to death, got a "warning letter" and still has a medical license.  The "doctor" that "treated" Rebecca Riley to death was granted immunity for testifying against the girl's mother at trial.  As usual, Jon McClellan is quoted in news reports when these events happen:  The expert who claims he has NO IDEA why these drugs are being commonly used with such ill effects, without being first tested or approved as safe and/or efficacious for pediatric use, on thousands of children across the Country----always has something to say when a child dies as a result. But, when asked in a Senate hearing about the issue, he has nothing substantial to offer...It is simply an unethical medical practice that McClellan himself uses and apparently, he has no idea why...