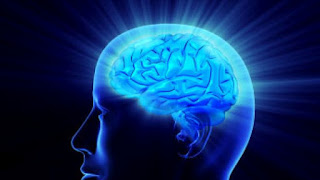 The President-elect of the APA, Jeffrey Lieberman, needs to know the loss of public trust in psychiatry is a direct result of the lack of scientific research standards and lack of ethical clinical practice standards; i.e. the lack of Medical Ethics and integrity.  The evidence of which are the horrific Real World Outcomes achieved.  Jeffrey Lieberman's OP-Ed in response to Dr. Keith Ablow's, May 14th 2012 article, "Be Wary of the American Psychiatric Association," is an attempt to defend the professional organization of psychiatrists that Lieberman is President-elect of.

Lieberman did not support his statements by citing any facts to support of his criticism of Keith Ablow. Indeed, Lieberman did not identify which of Ablow's comments he believed were, "inaccurate and unsubstantiated by scientific evidence."  Lieberman failed to support any of his statements regarding the APA, the DSM-5 process, and the DSM-5 committee members Conflicts of Interest with any relevant source of information.  He simply stated his viewpoint as if being  President-elect of the APA gives his personal opinions scientific validity; an erroneous belief that is common among bio-medical devotees practicing 'psycho' pharmacology.  The belief may be due to the profession's reliance on consensus, for determining diagnostic criteria, practice parameters and psychotropic drug algorithms.  I suspect this may be why Lieberman's claim of great strides being made to "establish a strong scientific basis for our understanding of human behavior..." is not supported by any relevant data; simply a statement of his personal belief... Jeffrey Lieberman's lame defense of the APA's integrity and the DSM-5 process is simply not credible without scientific support...

via FoxNews.com
Counter-argument: Changes to DSM-V bring needed improvements
By Dr. Jeffrey Lieberman Published May 22, 2012 a couple of excerpts:

"In his article, Ablow made comments about the APA and DSM-V, which I believe are inaccurate and unsubstantiated by scientific evidence. Moreover, they are misleading to the public and potentially harmful in that by undermining the credibility of the psychiatric profession and its scientific underpinnings. They may even deter people in need from seeking treatment.

"For this reason, I offer the following comments in response. I believe that I am qualified to do so as Professor and Chair of Psychiatry at Columbia University College of Physicians and Surgeons and the President Elect of the APA."

"These experts in neuroscience, biology, genetics, statistics, epidemiology, social and behavioral sciences, and public health were rigorously vetted for any conflict of interest using guidelines derived from other academic professional organizations and from the federal government itself and have worked assiduously for over five years to scour the scientific literature and determine whether any changes to existing DSM-4 diagnoses and additions were warranted."

"However, through biomedical research and enhancement of public awareness we have made great strides in the U.S. to establish a strong scientific basis for our understanding of human behavior and brain disorders that affect mental functions and bring them out of the shadows so that people can recognize symptoms and seek treatment."
Dr. Jeffrey Lieberman is the chairman of Department of Psychiatry at Columbia University College of Physicians and Surgeons, and director at the New York State Psychiatric Institute. read here

via Dissident Voice
Psychiatrists Seek New Patients At Annual Meeting
Watch For These New Diseases
by Martha Rosenberg / May 22nd, 2012 a couple of excerpts:


"This is the year the APA puts the finishing touches on DSM-5, the Diagnostic and Statistical Manual of Mental Disorders, a compendium that determines what treatments insurers will cover, what disorders merit funding as “public health” threats and, of course, Pharma marketing and profits. Some question the objectivity of a disorder manual written by those who stand to benefit from an enlarged patient pool and new diseases. Furthering the appearance of self-dealing is the revelation that 57 percent of the DSM-5′s authors have Pharma links.
"No kidding. Present at this year’s meeting were former APA president Alan F. Schatzberg, MD and Charles Nemeroff, MD, both investigated by Congress for murky Pharma income. Schatzberg and Nemeroff are co-editors of the APA-published Textbook of Psychopharmacology whose 2009 edition cites the work of Richard Borison, MD former psychiatry chief at the Augusta Veterans Affairs medical center who was sentenced to 15 years in prison for a $10 million clinical trial fraud. Also present was S. Charles Schulz, MD, who was investigated for financial links to AstraZeneca believed to alter his scientific conclusions.
"Even though Assistant Secretary of Defense Jonathan Woodson sent a memo to all branches of the military in February about over-prescription of antipsychotic medications like Seroquel and Risperdal for PTSD, military figures closely linked to that over-prescription were also listed in attendance at the APA meeting." read it here
via 1 Boring Old Man to take us seriously...a couple of excerpts:

"Psychiatry has been plagued with scientific distortion for a long time. It’s a matter of public record that any number of studies and articles have overstepped the rational bounds of scientific enterprise – overblowing the results of clinical trials, withholding information about adverse events, renaming things like suicidality – spinning the data rather than just reporting it. It’s time for that to stop. We know it, but more importantly, the rest of the medical community and our patients know it."

"We can’t do that with our diagnostic system. We can’t cook the books or spin the results of the Field Trials. It’s time to reclaim our commitment to scientific discipline, and the way to do that is to go back to first base and run the play again – including both another review of the Disorders  and another set of Field Trials.  It is much more important for psychiatry to restore our integrity and our commitment to the rigors of science than it is to get the DSM-5 published. We simply can’t go forward with those Field Trial results and expect anyone to take us seriously. Until we can publish a DSM-5 that we’re proud of, we shouldn’t publish one at all…" read here