The Drugging of U.S. Troops

Broken Warriors is an ongoing series on mental health issues in the military. 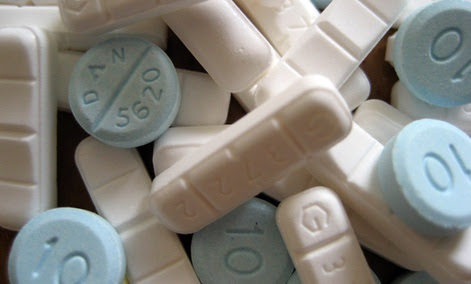 The Army Surgeon General's office is backing away from its long-standing endorsement of prescribing troops multiple highly addictive psychotropic drugs for the treatment of post-traumatic stress disorder and early this month warned regional medical commanders against using tranquilizers such as Xanax and Valium to treat PTSD.

An April 10 policy memo that the Army Medical Command released regarding the diagnosis and treatment of PTSD said a class of drugs known as benzodiazepines, which include Xanax and Valium, could intensify rather than reduce combat stress symptoms and lead to addiction.

The memo, signed by Herbert Coley, civilian chief of staff of the Army Medical Command, also cautioned service clinicians against prescribing second-generation antipsychotic drugs, such as Seroquel and Risperidone, to combat PTSD. The drugs originally were developed to treat severe mental conditions such as schizophrenia and bipolar disorder. The memo questioned the efficacy of this drug class in PTSD treatment and cautioned against their use due to potential long-term health effects, which include heart disorders, muscle spasms and weight gain.

Throughout more than a decade of war in Afghanistan and Iraq, the military services have relied heavily on prescription drugs to help troops deal with their mental health problems during and after deployment. In a June 2010 report, the Defense Department's Pharmacoeconomic Center said 213,972, or 20 percent of the 1.1 million active-duty troops surveyed, were taking some form of psychotropic drug -- antidepressants, antipsychotics, sedative hypnotics or other controlled substances.

The Army, in a July 2010 report on suicide prevention, said one-third of all active-duty military suicides involved prescription drugs.

Watch The Wounded Platoon on PBS. See more from FRONTLINE.

SUPPORT OUR TROOPS An index of US Military Support Web Sites