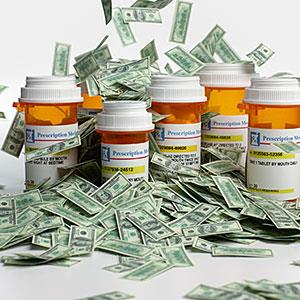 TYPICAL OR TROUBLED?™ SCHOOL MENTAL HEALTH EDUCATION PROGRAM appears to be Teen Screen on steroids...The website for the American Psychiatric Foundation (APF) cites no collaborators on it's website, it simply states, "The American Psychiatric Foundation, recognizing the important role adults can have in a teen's life, has begun an initiative to encourage and equip adults (such as parents and teachers) who closely interact with teens to notice the warning signs of mental health problems and refer teens to help in addressing these issues." here

I find it more than a little strange that the APF basically pretends that this program was developed by psychiatrists in response to school violence as a public service, when it is plainly a marketing strategy developed by a marketing and public relations company in collaboration with the pharmaceutical industry--so the APF not citing any collaborators  is not honest, or ethical; but it is sadly, typical for the American Psychiatric Association to be less than forthright...

Typical or Troubled?™ is supported by Janssen and McNeil Pediatrics, divisions of Ortho-McNeil-Janssen Pharmaceuticals, Inc. here

Is That Kid Normal? Teachers Trained to Notice When Students May Not Be; Training Sponsored by Drug Companies

"APF says its "Typical or Troubled" program is sponsored by drug-makers Bristol-Myers Squibb Company, Janssen Pharmaceutical Companies of Johnson & Johnson, and Shire, and it teaches that effective treatments for mental problems include therapy and medication or a combination of both."

Colleen Reilly, director of "Typical or Troubled?“ told The Miami Herald that after what happened in Newtown, "This needs to be a national curriculum and a part of every school.”
The newspaper quoted Reilly as saying the goal of the program is not to have teachers diagnosing students: "We're asking them to learn about and notice the warning signs, and if they see a problem to refer them to someone who has a better grasp.”
And what about normal children who are flagged as "troubled?" Judge Leifman told The Miami Herald, "The worst that would happen is they’ll get evaluated.” read here
The Judge is apparently ignorant about the potential consequences for a kid being flagged as "troubled;"  being sent for an evaluation is not the worst thing that could happen.  The kid being told he/she has a brain disease, disorder, or defect when they are evaluated and being given a psychiatric diagnosis along with the standard prescription of one or more psychotropic drugs to treat the "disease" is much worse, and much more probable than, "they’ll get evaluated...” Colleen Reilly I will assume stands to earn some money since she is the "founder." Small wonder she believes this program, "needs to be a national curriculum and a part of every school.”

via The Reilly Group:

"We've been working with the Foundation for over a decade helping to create and build programs and products to educate Americans about mental health disorders and encourage help seeking behavior. One program, the Typical or Troubled?™ school mental health education program, is a nationally recognized, program that is helping parents and school communities learn about teen mental health and connect students to help."
Colleen Reilly

President, The Reilly Group, Inc.
Colleen Reilly has more than twenty five years experience in communications, public affairs and health.  Having worked in senior positions in the government, non-profit organizations, media and the private sector, she uses this multi-dimensional experience to conceive and implement communications strategies to achieve clients’ goals.  She is a recognized communications and branding expert on women’s health, mental health and integrative medicine.  She brings creativity and innovation to her work in public education and advocacy campaigns, alliance building, public and private sector partnerships, global philanthropy, conferences and forums
She works directly with Executives from a diverse group of national and multinational public and private organizations to take ideas from creative inception to effective detailed execution.
Colleen is a notable expert in new media and health 2.0 tools, and advises clients on leveraging digital technologies to advance global health issues, patient education and advocacy.
Prior to starting The Reilly Group, Inc, Colleen  served as senior communications advisor to the US Public Health Service Office on Women’s Health in Washington, DC, where she was responsible for designing and implementing national partnership and public education campaigns on a range of women’s health issues with other government agencies, non-profit groups and corporations.  She also served as the Senior Vice President for Communications and Marketing for the National Mental Health Association where she oversaw national media, public education and advocacy campaigns on mental health issues for over 300 affiliated chapters.  Before founding The Reilly Group, she worked as a newspaper journalist and political consultant in Colorado and California.
Colleen received her Bachelor of Arts degree from the University of Colorado in Boulder, Colorado and a Master of Public Policy from the University of Southern California in Los Angeles, California.
Public Education Health Campaigns
National Public Education Campaign on Clinical Depression
We're known for helping direct, produce and manage the first ever mental health public education campaign in our nation’s history - The National Public Education Campaign on Depression, sponsored by the National Mental Health Association that forever changed the way Americans viewed this public health issue.
Results:
The campaign’s success was replicated in the UK and Australia.
photo credit: msn