From the above advertisement, it more than plain that neuroleptic drugs called,  "antipsychotics" were marketed and prescribed to control children's "unruly behavior" from the time they were first developed...


It is plain that every Federal authority with a legal duty to protect the American people from the adverse effects of prescription drugs, has failed to do so diligently. The illegal marketing continues, while the off-label prescriptions for dangerous teratogens, i.e., FDA-approved psychotropic drugs, are fraudulently billed to the Federal Medicaid program.  Fraud continues unabated while mental health professionals "monitor" the prescription rates of teratogenic drugs prescribed to children that can disable and even kill them. These young patients and their parents are often not informed or the risks.; many are never told what the drugs mechanism of action is, nor are they told of the potential for experiencing serious adverse drug effects that may disable, or eve kill them. Corporate criminals are aided and abetted by regulatory failure; unethical medical professionals who use "standard practice" as an affirmative defense i.e. off label prescriptions that are unsupported by definitive evidence of safety and effectiveness; and Key opinion Leaders whose professional opinions are used to aid and abet the criminal marketing of FDA approved drugs. They're making a killing...


In 2008, Sidney M. Wolfe, M.D. testified before a House subcommittee that, "The situation at the FDA has never been worse than now and this can be attributed to a confluence of 3 factors:

1.Terrible leadership at the FDA, including the Commissioner and most of the Center
3. Relative to the 1970’s and 1980’s, a perilously low level of Congressional oversight and
oversight hearings by the same Congresses that have, since 1992, increasingly turned
over FDA funding to the industry" read here 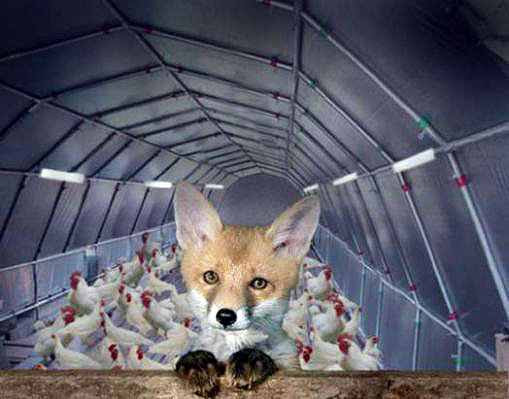 via the FDA Warning Letters and Notice of Violation Letters to Pharmaceutical Companies:

Shire Pharmaceuticals Warning Letter 2011 for Vyvanse an excerpt: "the subject of this letter is dated March 2008" --a warning sent three years after the fact?!

via Mad in America ﻿Should the Medical Literature Be Cleansed of All STAR*D Articles?

"In short, the falsely-reported results are driving prescribing practices and instilling a medical delusion about the effectiveness of these drugs." read here

Well it doesn't take a rocket scientist to figure out that the drug companies do not adhere to Federal Law.  Even when the drug industry is caught breaking the Law, the penalty does not serve as a sufficient deterrent; pharma has not stopped using illegal methods to gain FDA approval, or market it's products.  The FDA is failing as a regulatory authority; providing little, to no protection for the American people from iatrogenic harm and fatalities caused by FDA-approved drugs. It appears the drug industry is directing FDA approval and regulatory activity.

The SSRIs (as the story goes) supposedly, 'safely treats depression thought to be caused by a 'serotonin imbalance.'   It is a disproved hypothesis, that became a fraudulent claim; a myth that has been used for decades to market SSRI antidepressants, and used to convince patients to take their antidepressants.  No serotonin imbalance, or any other neurotransmitter has ever been identified or validated as an actual biological cause of depression, or any psychiatric diagnosis!  It appears this hypothesis took on mythological proportions, and came to be accepted as a "fact, " but it is an "urban legend," without any basis in reality. This hypothetical myth, is a fraudulent claim that was repeated incessantly in drug advertisements, in professional journal articles, and in doctor's offices in "informed consent" discussions with patients and parents.  It is, and always was, a drug marketing strategy---a very lucrative and successful marketing strategy that has defrauded billions of dollars mainly from publicly funded medical programs...The FDA never sent a single warning letter to any of the drug manufacturers or the medical professionals who were promoting the chemical imbalance / brain disease mythology to advertise and market drugs; and to coerce patients into treatment compliance. The FDA allowed drug manufacturers, salesmen, medical professionals and Key Opinion Leaders to perpetrate fraud in order to sell FDA approved drugs with serious risks; risks that the FDA helped unethical researchers and manufacturers bury.  Not informing doctors or informing the American people in order to protect them from harm, makes it an FDA-approved fraud.


Treatment Development: The Past 50 Years

"Over the past year, several companies, including Astra Zeneca, Glaxo-Smith-Kline, Sanofi Aventis, and recently Novartis, have announced either a reduction or a re-direction of their programs in psychiatric medication R&D. Some of these companies (such as Novartis) are shifting from clinical trials to focus more on the early phases of medication development where they feel they can identify better targets for treating mental disorders. Others are shifting from psychiatry to oncology and immunology, which are viewed by some as lower risk.

"There are multiple explanations for these changes. For instance, many of the blockbuster psychiatric medications are now available in inexpensive generic form. In addition, there are few validated new molecular targets (like the dopamine receptor) for mental disorders. Moreover, new compounds have been more likely to fail in psychiatry compared to other areas of medicine. Studying the brain and the mind has proven to be much more difficult than the liver and the heart. Most experts feel the science of mental disorders lags behind other areas of medicine. The absence of biomarkers, the lack of valid diagnostic categories, and our limited understanding of the biology of these illnesses make targeted medication development especially difficult for mental disorders." emphasis mine read here

It is Human Experimentation and it is Standard Clinical Practice.
It is standard "medical treatment" that can be forced Under Color of Law.
Does that sound like good medicine that is "therapeutic?

Update February 2, 2011 at 7 pm
Six FDA scientists and doctors have filed a Federal Lawsuit alleging the FDA retaliated against them  for voicing safety concerns about medical machines the FDA approved.

via The Washington Post Federal Eye Blog on February 1, 2011 Grassley Investigates FDA monitoring of whistleblowers By Lisa Rein and Ellen Nakashima
an couple excerpts:
"The plaintiffs contend the monitoring was a blatant form of retaliation. Information gathered this way eventually contributed to the harassment or dismissal of all six workers, the suit alleges.

"Grassley warned Hamburg that it is illegal for a government agency to interfere with an employee’s right to air concerns to members of Congress. He said the FDA had “no evidence” that one of the device reviewers, Paul J. Hardy, disclosed confidential business information about the devices, yet fired him after he exchanged Gmail messages with congressional staff, including an investigator who worked for Grassley."
“It is troubling to me to see your Agency actively pursue the dismissal of an employee ... not because they violated procedure and leaked genuinely confidential classified information, but simply because you “cannot trust him,” Grassley wrote. He told Hamburg the FDA’s retaliation against Hardy “directly contradicts” testimony she gave during her 2009 confirmation hearings of her intent to protect whistleblowers by “creating a culture that enables all voices to be heard.” read here