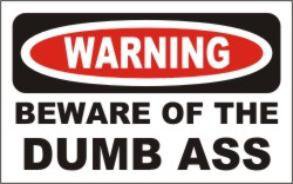 via PMC Neuropsychopharmacology. 2011 May;36(6):1289-95. Epub 2011 Feb 23.
Pimozide augmentation of clozapine inpatients with schizophrenia and schizoaffective disorder unresponsive to clozapine monotherapy.

Abstract
Despite its superior efficacy, clozapine is helpful in only a subset of patients with schizophrenia unresponsive to other antipsychotics. This lack of complete success has prompted the frequent use of various clozapine combination strategies despite a paucity of evidence from randomized controlled trials supporting their efficacy. Pimozide, a diphenylbutylpiperidine, possesses pharmacological and clinical properties distinct from other typical antipsychotics. An open-label trial of pimozide adjunctive treatment to clozapine provided promising pilot data in support of a larger controlled trial. Therefore, we conducted a double-blind, placebo-controlled, parallel-designed 12-week trial of pimozide adjunctive treatment added to ongoing optimal clozapine treatment in 53 patients with schizophrenia and schizoaffective disorder partially or completely unresponsive to clozapine monotherapy. An average dose of 6.48 mg/day of pimozide was found to be no better than placebo in combination with clozapine at reducing Positive and Negative Syndrome Scale total, positive, negative, and general psychopathology scores. There is no suggestion from this rigorously conducted trial to suggest that pimozide is an effective augmenting agent if an optimal clozapine trial is ineffective. However, given the lack of evidence to guide clinicians and patients when clozapine does not work well, more controlled trials of innovative strategies are warranted.


Acknowledging that clozapine only helps between 30 and 60% of people who do not respond to other neuroleptics, this trial is funded to see if pimozide will be an effective adjunct to add to clozapine and effectively treat schizophrenia. It was no more effectivethan placebo. So the researchers recommend conducting additional controlled trials, a recommendation which brings to mind an Albert Einstein quote about the definition of insanity. "Insanity is doing the same thing over and over again, expecting different results."

The patients had an increased cardiac risk they were given weekly EKGs.