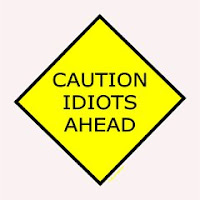 WHAT IS THE POINT OF THIS ?
Why would psychotropic drugs, specifically, antidepressants be prescribed without a psychiatric diagnosis? The drugs have an FDA Black Box warning for suicide; the strongest warning issued by the FDA. A warning  is obviously useless if it is not shared with patients or parents of children who are prescribed antidepressants. The warning is minimized, if shared at all with patients prescribed the drugs.


Child psychiatrist and APA Treasurer David Fassler, M.D., said the study results are broadly consistent with several previous reports on the effects of the 2003 advisory. “The FDA hearings on SSRI antidepressants and the subsequent 'black box' warnings clearly had a significant impact on the recognition and treatment of depression in children and adolescents,” he told Psychiatric News. “Following the FDA's actions, young people were less likely to be diagnosed with depression, and many physicians became reluctant to prescribe SSRIs for pediatric patients.” read here


The September 2011 issue of Health Affairs  had an article, "Proportion of antidepressants prescribed without a psychiatric diagnosis is growing"

"Over the past two decades, the use antidepressants between 1996 and 2007, the proportion of visits ant medications has grown to the point that they are now the third most commonly prescribed class of medications in the United States.  Much of this growth has been driven by a substantial increase in antidepressant prescriptions by nonpsychiatrist providers without an accompanying psychiatric diagnosis.  Our analysis found that between 1996 and 2007, the proportion of visits at which antidepressants were prescribed but no psychiatric diagnosis were noted increased from 59.5 % to 72.7 percent." read here


One of the things that really bothers me about mental health research is the overwhelming bias towards drugs being used to treat depression and every other psychiatric diagnosis.  Psychiatric drugs used  have some pretty serious risks, including dependence.  This is troubling to me in that any ethical clinician is duty bound to share such risks with patients---but many do not.


I am not a doctor, but this does not sound science-based, so it cannot be Evidence-Based Medicine.