Is the primary ethical duty of a physician unknown to mainstream psychiatry? 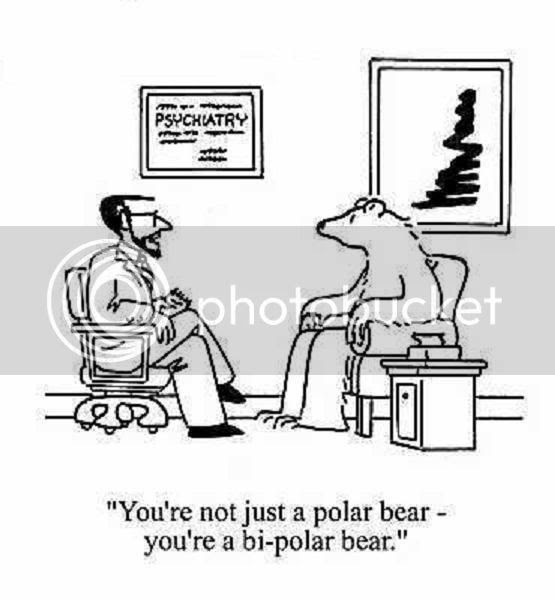 
"I am sure that to be silent about psychiatric abuse and oppression is to be complicit."
MadMother

Although definitive evidence in support of the hypothesis that schizophrenia is a brain disease remains elusive, psychiatrists who firmly believe in the correctness of it, used their belief in this hypothetical explanation for the etiology of schizophrenia to justify the "Standard Practice" of prescribing neurotoxic teratogenic drugs as a necessary medical treatment. Calling it a "Standard Practice" is misleading; it is not an ethical medical standard, since it is a "standard" only because it was designated as such by consensus; i.e. a quasi-democratic political process, evidence only of an agreement of the meaning to be attached to behaviors. Psychiatry relies upon consensus, a quasi-democratic process in the absence of evidence gathered by using ethical scientific principles.  It is a standard that does not rely upon the use of sound ethical medical judgement; it is contradictory to the ethical standards of medical science. The standard clinical practices used by psychiatry to "medically treat" psychiatric diagnoses are validated by a political process; as a result, they are not ethical medical standards. In other medical specialties, the standards used in clinical practice are derived from and supported by the data collected in research, and includes documented "anecdotal" evidence from experienced clinicians;  i.e. the "evidence base." Theoretically, to be ethical medical care, care is offered with the primary purpose of serving the best interests of the patient; in the Hippocratic tradition to, "First, do no harm..."

In effect, the AACAP and the APA have determined by a quasi-democratic process, that psychiatric diagnoses are biological, neurodevelopmental brain diseases, or chemical imbalances that require "medical treatment." It is a determination that is not based on research, but on a political process; it is based on a vote. This is also how diagnoses and diagnostic criteria is standardized as well. So psychiatry recommends "treating" behaviors as if they are symptoms of disease; and this recommendation is not based upon the scientific method, or the ethical principles of medicine; which begs the question, why is it called, "medical treatment?"

The devotees of psychiatry's disease model have been frantically searching for proof of an elusive  hypothetical disease that causes psychiatric symptoms; and have yet to find definitive evidence despite decades of diligent searching for it. The fact that they have standards of practice that are based on the belief in an unidentified disease is despicable really, when one considers the loss of liberty, and life that has resulted from ego-maniacal hubris masquerading as "professional medical judgement." Belief in a hypothetical explanation for symptoms is not an ethical basis for any medical decision; it is a juvenile justification for bullying. Psychiatry is, in effect bullying psychiatric patients by using coercion, biased information, Police Powers, and Court Orders; none of which can ever magically transform what is being done into a valid or ethical medical treatment. Stating authoritatively, that a disease exists which requires medical treatment in order to compel or coerce "treatment compliance," is nothing but a fraud.

Do NOT misunderstand what I am saying--distress, social difficulties, emotional, behavioral and cognitive symptoms are all very real; but none have been proven to be the result of a neuro-biological disease, chemical imbalance or a genetic defect. This fact is acknowledged; by the APA, and AACAP and the NIMH. Yet all three of these entities disseminate educational materials for the general public that imply and literally state the exact opposite. At the same time, through NAMI, and other so-called patient advocacy groups, and in "peer-reviewed" professional journals the American Psychiatric Association and the American Academy of Child and Adolescent Psychiatry, disseminate information that authoritatively states, in effect, that psychiatric diagnoses are medical illnesses (like diabetes!) that can be treated "safely and effectively." The claim is more of a hopeful exaggeration; and strictly speaking, is not a truthful claim. The new psychiatry, or "psychopharmacology," purports to be "treating diseases" whose etiology and/or pathology have never been defined, validated, much less understood well enough to ethically support the claim made that their symptoms can be effectively treated.

The diagnoses in the Diagnostic and Statistical Manual are based upon the most unreliable scientific data, subjective observation/opinion. The disease hypothesis is supposedly derived from the mechanism of action of the drugs, but the disease hypothesis predates the use of drugs. In the field of medicine, a phenomenon is studied, and a hypothesis is formulated and tested. In medicine, a disease or defect is studied, defined and validated through testing of the hypothesis, once understood, somatic treatments to reverse, prevent or inhibit the progression of the disease can be developed and tested... Psychotropic drugs can cause disease in major organs and alter the function of physiological processes; in effect, the drugs cause iatrogenic illnesses and impairments; and can cause sudden death. Psychopharmacology has a devotion to the bio-disease paradigm; but it is due to a hopeful belief, an illusion, not sucessful use of the drugs. Psychiatry; i.e. psychopharmacology, does not consistently use scientific standards; and worse yet, it is not grounded in, or even seem to value, ethical medical principles.

Psychiatry does not keep track of how many actually die, develop obesity, diabetes, akathisia, tardive dyskinesia, tachycardia, or any iatrogenic illness from the drugs which will shorten their patient's lives. This is indicative of how important the collection of relevant data necessary for an accurate risk vs. benefit assessment in real world practice is to psychiatry. Why would a belief in a particular etiology for psychiatric symptoms become a justification for adopting a clinical standard of practice unsupported by evidence, or for using force to compel the treatment Under Color of Law? How can it be ethically or morally justifiable to compel treatment with significant and fatal risks by Court Order?

Sudden fatality, the development of chronic conditions that are disabling, i..e. the rate of iatrogenesis, is  needed information for a meaningful risk vs. benefit analysis in real world clinical practice; yet this information is purposely not being collected. Those who are disabled, and the fatal outcomes are considered "anecdotal evidence." Ironically, unlike  the anecdotal evidence used to recommend prescribing the drugs to a patient, this outcome data, is "anecdotal evidence" that is ignored---it is not considered relevant when making treatment decisions.  This is in no small measure why children are being drugged in the manner that they are... Rarely, are iatrogenic, drug-induced deaths, recorded in the FDA AER database, as such. Based upon my own casual observation, child fatalities are commonly reported by a parent or an attorney; not a medical professional.

The twisted logic seems to be, if psychiatric diagnoses are "diseases" and psychiatrists are "doctors" who diagnose the diseases; that what they are do is provide necessary "medical treatment."  Whether a person gives consent or not, is not important. Psychiatry does not treat individuals so much as apply a label to the individual; then implement a treatment protocol.  Since Practice Parameters are based upon consensus, outcomes or overall improvement in the patients was not ever considered important enough to be quantified in any meaningful way, nor was the data considered important enough to collect. The patients' perspective,  physical health and general well being, doesn't appear to be given thoughtful consideration. The effect of treatment on the patient is certainly never as important as the patient never questioning the bio-disease model. A patient must always remain treatment compliant regardless of the actual effects of psychiatric treatment.

Without insisting on the absolute utility of the "treatments" of psychotropic drugs, how would psychiatry "practice medicine?" It would have to return to the "treatment" used prior to the drugs: lobotomy and insulin shock. Choosing to stop the using coercion to control, having respect and showing compassion for patients, considering patients to be worthy of kindness, and treating patients as equals would be an indication that the psychiatric profession may be worthy of trust. Choosing to use methods of control to main authority while continuing to deny the the plight of patients who are harmed, is evidence that psychiatry is not a profession that can be  trusted.

Psychiatry continues to defend the use of coercion, while wielding Police Powers; continues to mislead and lie to patients and the general public, continues to lie about patients and lie about the nature of the diagnoses that are applied to people in distress, with impunity. All of psychiatry's standard practices are anathema to ethical medical principles and the scientific understanding of disease. The manner in which psychiatry is practiced makes it impossible to earn the trust and respect of patients who have critical thinking skills; without mutual respect it is impossible to develop a therapeutic relationship.

It becomes obvious why Informed Consent is not really an important part of psychiatry's "standard clinical practices;" whether it is accidental oversight, careless disregard, or lack of appropriate training, doesn't really matter.  In the end, it is the real world outcomes of the patients themselves that matter; doing what is in a patient's best interest is supposed to be the primary focus in providing medical care.

The refusal to collect accurate data and to base treatment decisions upon ethical scientific methods and sound ethical medical principles, in effect, encourages psychiatrists to be wilfully blind to the countless, uncounted and discounted psychiatric patients they treat who are not "effectively treated;" but are instead grievously harmed. Psychiatry is blind to the plight of patients who are experiencing profound iatrogenic impairments and effectively dismisses the patients, and doesn't collect the data quantifying the harm done to them.

Psychiatric survivors are denigrated by mainstream advocates 'for the mentally ill' and by psychiatrists in "professional" journals. Patients who are liberated from psychiatric incarceration who have reclaimed their voices; refuse to be silent. Psychiatric survivors are the ONLY advocates who speak of and remember the lives that are lost forever. The psychiatric patients who are (de)voiced, who can no longer speak about what happened to them, whether they are alive or dead, are people worthy of respect. They are people who matter, and their real world outcomes are not "anecdotal evidence."


It is a choice to abdicate the primary ethical duty of a physician to, "First, do no harm..."

"Inclusion of a disorder in the Classification (as in medicine generally) does not require that there be knowledge about its etiology." [DSM-IV Introduction pg. xxiii] Yet, generally in medicine there is the desire to understand the origins of the illness in order to successfully treat it. Not so in mental health. Is this because the pharmaceutical companies have figured out that they can make more money by keeping ignorance at the forefront? Most likely - YES! Otherwise there would be serious research into trauma treatments, particularly when combined with various cognitive therapies. It is solely due to monetary profits that fear, drugging,& marginalization has been allowed to endure as the accepted standard.