A doctor of psychiatry and his medical instruments 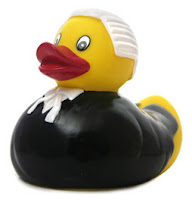 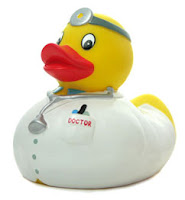 When one realizes that Human Rights crimes are legally mandated but it's called providing "effective medical treatment" to people with a diagnosis of schizophrenia, who don't know what's good for them (because they supposedly have a lack of insight) it's truly stunning.  I realized this was happening when I was a kid---I have been aware way too long to be polite sometimes...The fact that a minority of people with a diagnosis of schizophrenia actually benefit from taking the neuroleptic drugs; but that everyone who takes them faces serious risks to their overall health is not relevant, and neither is determining if the person Court Ordered is among the minority of people the drugs help. The Nation's top psychiatrists, and grassroots mental health advocates for the "seriously mentally ill" lobby for public policies and Legislation so that more people can benefit from psychiatric treatment "for their own good." (and 'protect' society)

The fact that psychiatric treatment commonly results in iatrogenic illness and disability and leads to a decades earlier death is a well established; an obviously accepted, if not intended, outcome. It's plain that disability and early death is the most commonly achieved Real World Outcome for people treated by psychiatry; particularly for people who are diagnosed with schizophrenia. Obviously, words like "safe" "effective" and "treatment" had to be re-defined for psychiatry's clinical standards of care; the terms, "clinical care standards," "best practices" and "off label prescribing priveledges" have also been redefined by psychiatry. Psychiatrists who write, recommend, and use drug based treatment protocols and algorithms and who teach students and other medical professionals to use them, must believe that disability and early death are beneficial to patients; acceptable, desirable treatment outcomes and perhaps even deluded enough to believe that consensus is a substitute for ethical medical research. Doctors of psychiatry, leading psychiatric researchers and public mental health policy makers are providing a standard of care with consistent, reliable results; unfortunately, the most probable outcome is death. This bewing the case, one can understand how perjury and forgery have simply been re-defined, they are now part of psychiatry's standard of care which are supported by the specious claim that teratogenic drugs treat undefined "chemical imbalances" and unidentified "brain diseases" which psychiatrists believe may be causing "mental illnesses;" more accurately described as, psychiatric diagnoses. Unsubstantiated claims are the so-called "evidence" that standard clinical practices are based upon. The neuro-biological disease and/or chemical imbalance hypotheses are, at best, slurs which stigmatize; at worst, they are fraudulent claims made in order to deprive people of their human rights based on eugenic theory repackaged then marketed to the masses as valid, ethical "medical science."

People with a psychiatric diagnosis have their Human Rights violated as a matter of course; the rights most people take for granted. Mental health professionals have a moral and an ethical duty to preserve the fundamental human rights of people whom they give a psychiatric diagnosis. Instead, mental health professionals and 'patient advocates' support legally diminishing what are inalienable rights---but what the hell, safe and effective treatment is not actually safe or effective so what is a little deprivation of one's human rights in order to medically treat the diseases psychiatrists voted into existence! Even clinical care standards are determined by pseudo-democratic political process. The standards are not based on ethical, scientific research; or any ethical medical standards used by any other field of science based medicine. Psychiatry uses the Courts to strip patients of their human rights, psychiatry does not conform to legal standards i.e. Rules of Evidence, and Standard Court Procedures, that are required for for every other type of Court Proceeding, whether civil or criminal.

The nature of psychiatric diagnoses and the effects of the drugs is not relevant in commitment proceedings. No where in our society is psychiatry held to the ethical standards other medical specialties are; not even the ethical standards which are legally mandated by International Law for Clinical Research conducted by Medical Doctors on human subjects. Psychiatry is practiced in a dishonest, unethical manner. There is no evidence that the psychiatric profession values the ethical standards of science, medicine or the law. There is no evidence of psychiatry being compelled by an altruistic intent or that it values or is even aware of a primary ethical duty to psychiatric patients. Patients are disabled and killed at alarming rates by teratogenic drugs and shock treatments prescribed "for their own good."

Why does a group of professionals that is so dishonest and unethical have Police Powers? Courts of Law have lowered all of the ethical legal standards for psychiatry so that the Courts and Police have in effect, become medical instruments used to strip patients of their inalienable rights to force compliance with psychiatric treatment. Rules of evidence do not apply to the "evidence" used against psychiatry's patients, and the lowered legal standard is claimed to be necessary for the patient/victim's "benefit."

It is patently obvious that the lower standards in scientific medical and legal arenas serve primarily to keep facts hidden. Lowered Court standards serve to protect psychiatry while failing to protect psychiatric patients or serve the Justice interests of society as a whole. The same patient can be seen by 3 psychiatrists and get 3 distinctly different diagnoses. Psychiatric diagnoses cannot truthfully be called "diseases." Teratogenic drugs and electrical shocks, both of which cause iatrogenic damage and dysfunction, cannot be truthfully called "safe and effective medical treatments."  Without lowered legal standards, a psychiatrist would not be able to offer "evidence" that a person has a "brain disease" requiring "safe and effective medical treatment." If the Rules of Evidence applied, a psychiatrist could offer little, if any, evidence that would support a petition forcing involuntary psychiatric "treatment."

Lowering scientific, medical and legal standards is necessary, but it is not done to provide "necessary medical treatment" that is "safe and effective." I suspect if any of psychiatry's claims were supported by scientific findings, or grounded in ethical medical principles, i.e. based on facts instead of  subjective opinions, innate biases, errors of attribution, and distorted research; psychiatry would not need to pervert and distort the truth. Police Officers have an ethical duty, an Honor Code, "To Protect and To Serve."  Courts of Law have an ethical duty to apply the law equally to all, as if the Courts were blind to special interests; not biased in favor of predetermined outcomes. In effect, to be blind to subjective biases; basing legal rulings on objective evidence offered in compliance with the rules of evidence, adhering to standard legal procedures. Why has human society allowed psychiatry to subjugate the role of Police Officers and Courts of Law to that of serving the interests of psychiatry? Police Officers and Courts of Law now are performing their jobs as if their ethical duty has become primarily to serve psychiatry as "medical instruments."  Police Officers and Courts of Law serve all of society by enforcing the Law, and preserving individual rights. Service in preservation of Blind Justice is honorable when done with integrity. It is a shameful disgrace; a blight on all humanity when it is not. 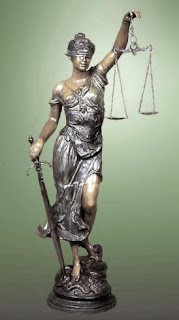 
A SIGN FOR CAIN
An Exploration of Human Violence
FREDRIC WERTHAM, M.D.

The Geranium in the Window
THE "EUTHANASIA" MURDERS
If the physician presumes to take into consideration in his work whether a life has value or not. The consequences are boundless and the physician becomes the most dangerous man  in the state.

IF we want to understand violence as a whole, we cannot leave any of its major manifestations in a fog of half-knowledge. But this is exactly what has happened with an unprecedented occurrence of mass violence, tile deliberate killing of large numbers of mental patients, for which psychiatrists were directly responsible. To both the general public and the psychiatric profession, the details and the background are still imperfectly known. This is not only a chapter in the history of violence; it is also a chapter in the history of psychiatry. Silence does not wipe it out, minimizing it does not expunge it. It must be faced. We must try to understand and resolve it. read here