Misunderstanding Psychiatry (and philosophy) at the Highest Level Bullshit II 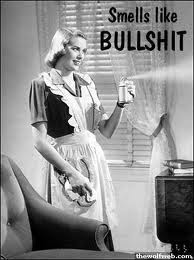 Learned scholars who write defensive Bullshit in response to criticism
may be Bullshit Artists disguised as psychiatrists...

Supposedly, "learned scholars" are psychiatry's academic elite, and Key Opinion Leaders; i.e. the idiots who seem to believe strongly held opinions are evidence of validity, idiots who have distorted clinical drug trial data; researchers who used biased, or otherwise unethical methodology when structuring how a clinical trial is conducted and how results are reported. Commonly, these elite research psychiatrists report their corrupt work in "peer reviewed" professional journals, at professional conferences, and teach their corrupted work product at Institutions of Higher Learning and Continuing Medical Education programs, and use it as if it is valid information when authoring medical textbooks .

In reality, these research psychiatrists lied by exaggerating the benefits and downplaying the risk profiles for the psychotropic drugs they used in clinical trials. Consequently, people have died; including children who were prescribed teratogenic drugs to "treat" a brain "disorder," "disease" or "chemical imbalance" i.e. a psychiatric diagnosis. Kids and their parents were basically (mis)informed by psychiatrists who told patients, faimily members and the general public that the psychiatric diagnosis requires "medical treatment" with teratogenic drugs. Since there has been no pathology or dysfunction actually identified, this is a fraudulent claim. The children are then "treated" with neurotoxic drugs which can actually cause dysfunction, i.e. iatrogenic dysfunction and iatrogenic diseases. After psychiatric treatment with neurotoxic drugs, many children and adolescents develop recognizable brain disorders and other diseases, drug-induced iatrogenisis.

Who is right about the science---is not what matters most. What matters most is what is being done to real human beings behind the indiscriminate, prolific prescription of drugs; i.e. the Real World Outcomes of psychiatric patients. Psychotropic drugs were FDA approved based on utter Bullshit in some cases. Then, the "Highest Level" Bullshit artists, i.e. Academic psychiatrists, Key Opinion Leaders, peer-review Journal editors publish, but never retract Bullshit from their 'professional' journals, once identified as biased, unethical and/or fraudulent. The 'professional journals' are 'resources' in the "evidence-base" that is being used by psychiatrists and other professionals who prescribe psychotropic drugs to patients according to Bullshit contained in psychiatry's corrupted "evidence base."

Holy Cow! Psychiatric Standard Treatment Protocols based on Bullshit is what Pies is defending! Pies defends the various unethical psychiatrists who are Bullshit artists,who are considered leaders in the "medical" specialty of psychiatry despite their lack of ethical medical principles and a refusal to adhere to ethical  research standards?! WTF kind of willful blindness allows a group of 'medical professionals' to utterly and completely fail to hold colleagues accountable for unethical behavior? A professional association  that does not discredit, discipline, or even censure individual psychiatrists for unethical conduct, is itself unethical. Psychiatrists with questionable ethical integrity are not questioned for ethical lapses, but are given positions of power and authority representing professionals in psychiatric professional associations and teach in institutions of Higher Learning. Unethical psychiatric researchers are not held accountable, criminal behavior is not censured; instead, it's rewarded with federal grants to conduct more research. The academic elite have harmed patients and have intentionally misinformed other professionals which has led untold millions of patients to be iatrogenically harmed by the dissemination of bullshit by Bullshit Artists; the KOLs and "thought leaders" who are the "Medical Professionals" who rely on corrupt data, defend corrupt data, use unethical standards of care and defend unethical psychiatrists who are purposely perpetrating and carelessly perpetuating medical fraud.

Since it is psychiatrists at the 'Highest Level' who consistently and vehemently defend unethical psychiatric bullshit, is it any wonder psychiatry is not considered a "real" medical specialty by some victims, survivors and critics of all of this psychiatric bullshit? Why would anyone believe psychiatric bullshit is based on  any scientific evidence, or a medical finding? Only a psychiatrist, a Bullshit Artist, would think a huge steaming load of Psychiatric Bullshit-based medicine is in a patient's "best interest." It's a poor substitute for ethical medical treatment which actually requires obtaining a patient's fully informed consent. No Bullshit!

Now there's a philosophy right there!
Some psychiatrists at the "Highest Level" seem to lack ethical integrity altogether...
No Bullshit!


4 out of 5 psychiatrists at the Highest Level recommend that professionals who prescribe neurotoxic drugs to children and adolescents 'off-label' take 'Ethic-Eze' to suppress professional judgement and ethical conduct.
Off Label psychotropic prescriptions: the right financial prescription for psychiatry and for pHARMa !

Philosophically, it doesn't matter, whose analysis is correct. Real World Outcomes matter. For the patients, treatment outcome matters most. In the aggregate, psychiatry has Real World Outcomes that are lousy and indefensible. Attempting to defend them is despicable; adds insult to injury. Defending psychiatry while failing to defend, assist or even acknowledge the psychiatric patients who are harmed by the Highest Level Bullshit "treatment' is morally reprehensible. Psychiatric drugs are thrown by the handfuls onto the playgrounds and into school classrooms; sprayed like scatter shot at traumatized veterans; and used to sedate grandpa and grandma into early graves. The Highest Level Bullshit artists seem to be willfully blind, conflicted elitists who castigate ethical professionals who question the rates of disability and fatality caused by psychiatric treatment the Highest Level Bullshit artists attest in Courts of Law is "necessary medical treatment" required to "successfully treat" psychiatric patients--apparently, psychiatric patients are "successfully treated" when they are treatment compliant, not if they are cured or recovered. The patient is successfully treated even when the psychiatric treatment results in a permanent disability or kills the patient.

It is one thing to defend a hypothesis that is not yet validated while continuing to look for the evidence to validate it; it's quite another to allow one's belief in it, i.e. one's personal conviction of it's inherent truth, be the justification for using coercion and and fraudulent claims to compel patients to believe psychiatric Bullshit and subvert the Courts to adjudicate a person and legally apply a psychiatric diagnosis to force Bullshit down the patient's neck. Doing so, is contrary to the philosophy of medicine in the Hippocratic tradition. It is unethical. It is criminal. It is not therapeutic.

It is unsafe and ineffective to use teratogenic drugs indiscriminately across diagnostic categories and population groups. It is not in a "patient's best interest" to prescribe drugs regardless of safety and effectiveness, and fail to warn the patient about the serious risks or adverse effects to watch for. The fact that some "off-label" prescriptions are without empirical support, is stunning; obviously, not "evidence-based" or even ethical--how can it be a "standard practice?" Even worse, drugs are commonly prescribed in spite of evidence it is not a safe and effective treatment for the condition or symptom being 'treated.' This is standard clinical practice because psychiatric treatment algorithms are developed by consensus, as a marketing strategy, such as the psychiatric treatment guidelines written and marketed by Expert Knowledge Systems e.g. TMAP.

Still used in  Washington State, TMAP was considered an evidence-based "standard clinical practice" until it was discredited as part of an illegal marketing strategy financed by Johnson and Johnson to mass market the neuroleptic drug, Risperdal. In effect, what is being defended by Pies and others are unethical standards of care that are harmful to patients, and that lack empirical support and the use of sound medical judgement, in a word, unethical unprofessional . Standards of practice in psychiatry were developed using a quasi-democratic political process; called consensus. Professionals voting to achieve a "consensus of professional opinions" is not a valid scientific process; it is a quasi-democratic political process. Consensus is evidence of agreement, even agreed upon well-educated opinions and observations can only ethically support, not replace.

Human Experimentation has in effect, become a standard clinical practice by consensus.

Standard Clinical Practice: originally instituted as a means to protect patients from harmful medical practices; now some standards primarily serve to protect psychiatrists and other medical professionals from being held legally liable for causing iatrogenic injury or iatrogenic disease to a patient IF the professional uses a recognized "standard of care" or treatment algorithm. In real world practice, Clinical Care Standards are an affirmative defense for medical malpractice for the drug-induced iatrogenic injury, disease and disability  inflicted upon patients with impunity.


How anyone interprets psychiatric Bullshit
never has been as important as
a patient's Real World Outcome!

Intent on preserving a sense of integrity for the profession, with outcomes not worthy of defending at all, psychiatry is clearly understood to be robbing people of cognitive and intellectual abilities while causing neurological, autonomic, metabolic, endocrine and hormonal dysfunction; known, common effects--(direct effects caused by a drug's mechanism of action are NOT in truth, "side" effects!)

Given the profound deleterious effects of 'Bullshit-Based' psychiatric treatment, the current incarnation of psychiatry called psychopharmacology, takes lives at an alarming rate and is reclassififying drug-induced deaths, as 'natural deaths." Stripped of basic human rights, people are 'legally' forced to have psychiatric treatment. WHY does this not sound like Medicine?


Claiming that Psychiatry (and Philosophy) at the Highest Level is misunderstood...


is a common side-effect of believing psychiatric Bullshit!

SUMMARY
Misunderstanding Psychiatry (and philosophy) at the Highest Level Bullshit II:
Any professional who questions psychopharmacology and/or the bio-disease model, and/or lousy real world treatment outcomes, may lack "insight," according to Ronald Pies, a faithful believer and defender of psychiatric bullshit and a Bullshit Artist with acquired immunity to Psychiatric Bullshit.


Whatever deceives men seems to produce a magical enchantment.
Plato

I'm not deceived or enchanted...
I'm a MadMother immune to Psychiatric Bullshit.