I decided to update this blogpost after seeing the Torrey's quote about Thomas Szasz in the NY Times when I read Rossa's blog, Holistic Recovery from Schizophrenia.

"Whenever a doctor cannot do good, he must be kept from doing harm."

I wonder why blowing up our proverbial skirts about the "safety" and "efficacy" of psychiatric "treatments" appears to be the preferred method for some "advocates" and advocacy groups?


A prime example:
The psychiatrist who is the most vocal in advocating a forced treatment agenda for "the seriously mentally ill,"  E. Fuller Torrey.  I would be interested to know how this came to be.  He used to admire, but now vilifies, Dr. Thomas Szasz, Professor of Psychiatry Emeritus of State University of New York Upstate Medical University at Syracuse.


In his book, "The Death of Psychiatry" 1974, Torrey stated, "The very term ['mental disease'] is nonsensica­l, a semantic mistake. The two words cannot go together except metaphoric­ally; you can no more have a mental 'disease' than you can have a purple idea or a wise space". Similarly, there can no more be a "mental illness" than there can be a "moral illness." The words "mental" and "illness" do not go together logically. Mental "illness" does not exist, and neither does mental "health." These terms indicate only approval or disapproval of some aspect of a person's mentality (thinking, emotions, or behavior)." emphasis mine

HOW did this man become the Nation's leading forced psychiatric treatment advocate? What motivated Torrey to become an outspoken proponent  of using coercion and force?  "Mental Illnesses" he now believes are real diseases which require the force of Law, to "successfully treat." there is not public record that I can find to indicate what caused Torrey's aboutface, although Torrey's transformation does coincide with becoming a benificiary of Ted Stanley's generosity.  He believes schizophrenia is caused by cat feces and collects brains as a hobby---and is not particular about having permission of the decedant or their family members...

Torrey's supposed status as a "researcher" would almost be humorous---if he didn't have the massive amount of  money from Ted Stanley, and the Stanley Family Foundation to fund his crack pot ideas, collect brains, and propel the massive media machine that distributes his biased research findings and his fear-based and bigotry directed at "the seriously mentallhy ill" themselves. Ted Stanley supports E. Fuller Torrey's "research," and the intolerant, discriminatory  "treatment" agenda, Torrey champions.   I wonder if Torrey's ideas for a Brand New World were once delusions that the illusory "mental illnesses" are actual diseases, have become entrenched "delusions of grandeur."

The only reason I have found that may explain why Torrey went from having a perspective that "mental illness" is not disease, to that of being a maniacal proponent of forced psychiatric treatment, is this abrupt about-face coincided with his becoming the "pet project" of Ted Stanley, and a benefactor of The Stanley Family Foundation's beneficence.  In 21 years, The Stanley Family foundation gave over $300 million dollars The Treatment Advocacy Center and The Stanley Medical Research Institute both of which were under  Torrey's direction.  These organizations have a pre-determined biased research agenda in seeking to treat schizophrenia.   More accurately, these organizations have directed all research, education and advocacy activities towards an agenda of finding proof that mental illnesses are caused by a brain disease, and have lobbied for forced psychiatric treatment--TAC is a special interest pseudo think tank and lobbying group which advises and vigorously lobbies State Legislators to pass more stringent Involuntary Treatment Laws.

Torrey was given a faculty position at the Uniformed Services University of the Health Sciences, and was made an Adjunct Professor at George Mason School of Law. If it were just one of these positions bought and paid for it would cause a person would wonder what the hell?! The guy is not a "researcher " per se--ok, he isn't worth a fuck as a researcher, IMO--which isn't worth a helluva lot itself, Ha! Edwin Fuller Torrey is an adjunct faculty at a Law School is beyond ludicrous.  The man has recommended people commit crimes, i.e. lying to the Police and the Court, in effect work to deprive a "loved one" of their individual rights using perjured testimony i.e. Bearing False Witness, commit perjury, fraud, file a false Police Report out of "love" if that isn't a load of crap I don't know what is!

via Holistic Recovery from Schizophrenia:


an excerpt WEDNESDAY, SEPTEMBER 12, 2012
Dr. Thomas Szasz, Psychiatrist Who Led Movement Against His Field, Dies at 92
By BENEDICT CAREY
Published: September 11, 2012 “For the record, I will say that I admired him, even though I think he was dead wrong about the nature of schizophrenia,” said Dr. E. Fuller Torrey, founder of the Treatment Advocacy Center in Arlington, Va., which supports stronger laws to ensure treatment of people with severe mental disorders. “But he made a major contribution to the issue of the misuse of psychiatry. His message is important today.” read here 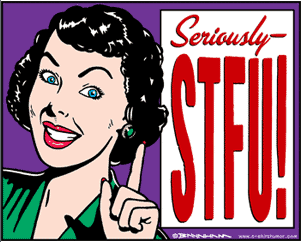 Here's what Thomas Szasz, M.D. had to say about Edwin:
Psychiatric Fraud and Force: A Critique of E. Fuller Torrey