When my son was bullied, I became a MadMother 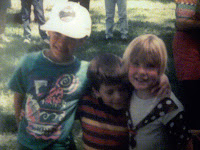 When crimes committed against my son are not investigated, this MadMother wants to know why, wouldn't you?  There is nothing right about felonious behavior committed by "mental health" professionals and attorneys.  Ultimately, my son's Constitutional Rights to Procedural Due Process of Law were violated.  The fact that he has minimal awareness of exactly what this means, and is not able to file complaints, or defend himself; makes these crimes even more heinous.  I would really like to know why victimizing MY son because he is handicapped is acceptable?   My son can not defend himself due to the cognitive and intellectual damage done by the neuroleptic and other psychotropic drugs given to him.   The damage is profound and much of it was done when he was used in the TEOSS Drug Trials in a Washington State psychiatric facility for children without my consent.

He was used in drug trials conducted to gain the FDA endorsement for the drugs so they could be prescribed to children; doing so would change their status from being "off-label" to approved for pediatric use in treating early on-set schizophrenia; so billing Medicaid would not be fraud.  The drugs used on my son were NOT approved for use in children; the drugs are known to cause brain damage and to literally SHRINK BRAIN tissue; among other horrifying effects.  At seven years old, my son was able to do triple digit addition in his head; he had an IQ of 146, and an 8th grade level vocabulary.  He liked puzzles and put together 1,000 piece jigsaw puzzles by himself.  He loved to draw.  Isaac and Nathan would spend hours building with Legos and Knex or mining gold and diamonds in the yard.  He never used his fingers to count--ever.  Last December, he needed to use  his fingers to count the seven days remaining until Christmas.


The Stigma is attached to the diagnosis and can be legally applied--like a criminal conviction. Psychiatric treatment becomes a life sentence once legally adjudicated; one is "mentally defective" and considered to be less than human, without Human Rights. A psychiatric diagnosis stigmatizes; it diminishes a person's legal and political power.  A diagnosis immediately puts the person at risk of losing their liberty, and it increases their risks of dying suddenly or decades early from the treatment. The Stigma is real. The Stigma of a psychiatric diagnosis is firmly entrenched in American culture and the public psyche. Psychiatry has undermined the integrity of medical science and ignores the ethical standards of medical research and the clinical practice of medicine. Psychiatry has corrupted the Justice system and does not need, value or respect ethical legal standards.