May your days be filled with love,
and may you know that
you are blessed beyond measure... 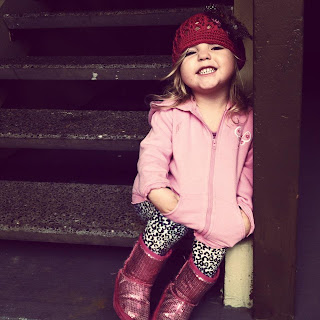 portions of this blog post first published for Thanksgiving in 2011

I have a great deal to be grateful for.  I am grateful most of all for my family.

I am also grateful for the people who are actively working to change public policy and to reform the public mental health system serving children, adults and families. Change is desperately needed to effectively help without harming; so that children, adults, and families can achieve their potential.  This is particularly true for our Nation's children, whose best interests are not well-served within the foster care system Child Welfare services in foster care and/or the public Mental Health service systems.

I would like to bring your attention to a unique effort with a positive impact, a legal project called The Law Project for Psychiatric Rights, founded by James, "Jim" Gottstein.

This is the one cause that is nearest to my heart.  My children are now grown, and I know without a shadow of a doubt, that no child should go through what my son, Isaac did.   No parent should come to the realization that their confidence and trust in mental health professionals was misplaced; and know that seeking help for their child caused their child harm.  Parents should not find out that they have been misinformed about the serious risks of psychotropic drugs, some of the risks are the potential for addiction, risk of developing disabling iatrogenic diseases, and permanent neurological and cognitive impairments.  Parents are not supposed to outlive their children.  Parents should not have to spend their lives knowing that the 'medical treatment' they sought grievously harmed,  disabled, or killed their beloved child.  Adding insult to injury, parents discover the so-called 'professionals' who cause their child permanent injury or cause their child's death will experience no consequences; and will be allowed to harm more children.

Jim Gottstein is fighting a legal battle for the benefit of children, and society.  I sincerely hope you find PsychRights to be a cause worthy of your financial support until the practice of drugging defenseless children with minimally effective psychotropic drugs, that have  serious risks is no longer a "standard practice" in mental health care.  No child should grow up like my son did; robbed of their human dignity, deprived of their Human Rights.  No one should be repeatedly traumatized because they sought help from a mental health practitioner.

The mistreatment of my son has thus far prevented him from leading a normal life, recovery has been a slow, painful process.  The  manner in which my son's treatment was provided and paid for was a violation of State, Federal and International Law.  The Nuremberg Code prohibits using people in experiments without their Informed Consent---my son was used in Drug Trials in spite of my protests, and his own.  He was told if he didn't take the drugs he would never get to leave the locked facility he was in.  Much of his care from the ages of six until the present, has been fraudulently billed to the Federal Medicaid program.  A conservative estimate of what has been fraudulently billed to Medicaid is $1 million for the unethical, traumatizing treatment resulting in iatrogenic harm being inflicted on my precious son.

State employees and State-paid contracted service providers; 'public servants' who acted unethically and even knowingly committed crimesviolated my son's Civil Rights, and even  committed felony perjury in King County Superior Court, Pierce County Superior Court, and Yakima County Superior Court.  Not once have mandated reporters filed legally mandated  reports to Law Enforcement when my son was victimized. The first of these failures was when he was victimized while in foster care when he was three years old.  To date, no one working for the State, or it's contracted "service" providers have been held accountable. I don't believe anyone ever will.  Some are retired, and receive State pensions.

I am extremely grateful my son survived.  I am grateful that we have all  survived. As a family, we have walked through some tremendously painful experiences; all families do.
Our family has been complete since I have found Crystal.  I searched for over five years to find her. In my heart, she is, and has been my daughter since she first called me mom.

It seems like it was a lifetime ago; and there are times it seems like another life altogether.
I found Crystal, and was doubly blessed to find I have a granddaughter named Chloe too...

I have been blessed beyond measure...

I am profoundly grateful for Attorney Jim Gottstein's commitment to protect and defend the rights of children and families. Jim wages a legal battle to stop the unethical, widespread drugging of children who have emotional and behavioral difficulties.  Knowing that Jim Gottstein is committed to fighting for our Nation's children, and committed to fighting the use of drugs in order to prevent iatrogenic harm being done to them, gives me hope.

Together, we can make a better, brighter future for children, they are counting on us.

A Message from Jim Gottstein, founder of PsychRights:


Hello,
I invite you to think of those who are locked up in psychiatric hospitals and drugged against their will, or forced to take mind-numbing psychiatric drugs against their will in the community.  I also invite you to think about the children and youth, especially those in foster care, who are being given these drugs to their great detriment.  I have undertaken PsychRights work because I narrowly escaped being made permanently mentally ill by the mental health system.   This is something for which I give thanks every day.
You can give thanks by helping those who have not been lucky enough to escape yet by donating to the Law Project for Psychiatric Rights.   Donations can be sent to:
Law Project for Psychiatric Rights
406 G Street, Suite 206
Anchorage, Alaska 99501
Tax deductible donations can also be made online through the PsychRights Cause, on Facebook or through the Network for Good.
Thank you for your support.
James B. (Jim) Gottstein, Esq.
President/CEO