The FDA approval of Seroquel and Zyprexa for America's Children 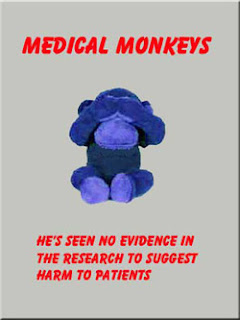 TO APPROVE THE NEUROLEPTICS
ZYPREXA AND GEODON
HERE IS HOW THE FDA ADVISORY COMMITTEE VOTED:

On Wednesday, June 10, the Committee members reconvened. The morning began with a presentation by Kenneth Towbin, M.D., AACAP member and Chief, Clinical Child and Adolescent Psychiatry Mood and Anxiety Disorder Program of the NIMH. Dr. Towbin provided the Committee with an overview of the controversial diagnosis of bipolar disorder and the varying characterization of symptoms used to diagnose the disorder. Dr. Towbin stressed the fact that bipolar disorder is real and can be diagnosed in the pediatric population. He also indicated bipolar disorder is very rare in children and adolescents and that more children and adolescents suffer from severe mood dysregulation. The Committee thanked Dr. Towbin for his presentation and assistance in helping them understand the pediatric bipolar disorder diagnosis controversy. The Committee then continued their discussions and questioning of the data presented on Tuesday.

The Committee found that Geodon had been shown to be effective (12 – Yes, 4 – Abstain, 2 – No) for the acute treatment of bipolar mania but no conclusion was delivered regarding the safety of this medication (9 – Abstain, 8 – Yes, 1 – No). The Committee members that abstained were concerned about the lack of long-term data, high QTc prolongation intervals, higher rate of side effects in children ages 10 – 14, and unusual number of trial subjects that were lost in the follow-up phase.

To view copies of the data and presentations provided during the hearing, please visit the FDA website. (the FDA website no longer has any of this information posted.) 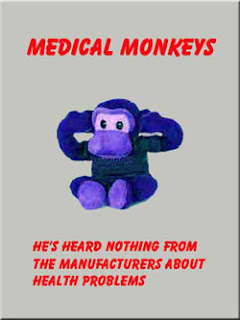 The testimony that is referred to above:
***FINAL***
June 9, 2009
Psychopharmacologic Drugs Advisory Committee Meeting
Food and Drug Administration
5600 Fishers Lane
Rockville, MD 20857
Good afternoon, my name is Larry Greenhill, M.D., and I am President-elect of the American Academy of Child and Adolescent Psychiatry. Over the past 24 months, I have received research support or have worked on a consultant basis with Otsuka, Johnson & Johnson, Forest, Pfizer, and NIMH. I have both practiced child psychiatry, been federally supported to study long-term adverse events associated with psychotropic medication use, and been a member of AACAP for 30 years. AACAP is a professional medical association of 8,000 child and adolescent psychiatrists established in 1953.

AACAP is the leading national medical association dedicated to treating and improving the quality of life for the estimated 7 - 12 million American youth under 18 years of age who are affected by emotional, behavioral, developmental and mental disorders. Bipolar and Schizophrenia are severe psychiatric illnesses which first appear in childhood and adolescence. No one treatment option works for all children and adolescents with these disorders so we support a wide array of treatment options being available.

Although a few clinical trials have suggested that these antipsychotic medications can be effective in pediatric populations, the lack of systematically collected safety data when youth are exposed for long periods of time, that may affect development strongly, indicates that large scale Phase IV studies need to be carried out.

We ask the FDA Advisory Committee to carefully consider whether the number and scope of the clinical trials as well as the duration of the safety trials to date involving children and adolescents justifies the labeling changes being requested today. While these medications may be helpful and even life saving for some children and adolescents suffering with these disorders, there are significant metabolic and cardiac adverse events associated with their use. We advise the FDA not to approve the request for indications in these medications unless they are also requiring that children treated be entered into a registry. These registries can take advantage of large group-practice HMO settings where electronic health records and pharmacological prescription data can be aggregated and compared. The resulting systematically collected information on the risks and benefits of these medications as well as specific methods for effective monitoring of their associated side effects must be made available to the public before direct-to-consumer marketing should be permitted to occur.  (emphasis mine)

We thank the FDA for the opportunity for the American Academy of Child and Adolescent Psychiatry to provide this testimony. 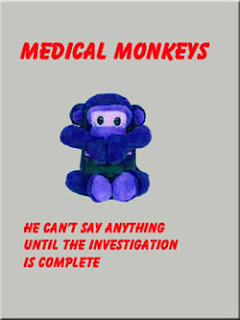 Association Between Zyprexa olanzapine and Hyperglycemia.
There is concern Zyprexa,like other atypical antipsychotic drugs, has the potential to cause metabolic disorders, particularly hyperglycemia (excess sugar) and diabetes. Atypical antipsychotics cause the body to metabolize fat instead of carbohydrates, leading to insulin resistance to the excess carbohydrates. At the same time they promote fat accumulation.I was a patient back in 1996-2000 who was a subject of Eli Lilly's Zyprexa 'viva' Zyprexa' off label sales promotion.I was given it as an ineffective costly treatment for PTSD It gave me diabetes as a side effect.--Daniel Haszard