Child Endangerment In the Custody of the State 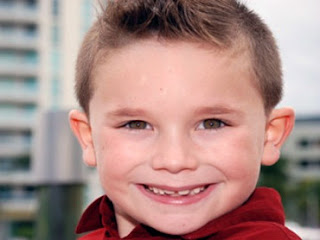 Gabriel Myers (Credit Family Photo)
"I swore never to be silent whenever and wherever human beings endure suffering and humiliation.
We must always take sides. Neutrality helps the oppressor, never the victim.
Silence encourages the tormentor, never the tormented." ~ Elie Wiesel

via The National Coalition on Child Protection Reform:


"And even when families don’t get special help, two huge studies have found that children left in their own homes typically do better than comparably-maltreated children placed in foster care.


"To understand why, one must first understand one fundamental fact about foster care: It’s not safe.


"On every measure, children left with their own homes did better than comparably maltreated children placed in foster care. And that was true even though birth families generally got only the conventional “help” offered by child welfare agencies, not the exemplary interventions supported by NCCPR. 16

“Most children in foster care, if not all, experience feelings of confusion, fear, apprehension of the unknown, loss, sadness, anxiety, and stress. Such feelings and experiences must be addressed and treated early to prevent or decrease poor developmental and mental health outcomes that ultimately affect a child’s educational experience and the quality of adulthood. Systemic orientation for all children entering foster care is proposed as a preventative intervention that addresses associated experiences of children in foster care.” here

Intervention currently means prescription of teratogenic, psychiatric drugs, this is a no substitute for meeting the physical, emotional and social needs of children and adolescents. In reality, the effects of the drugs often prevent them from learning to cope with not having their needs met; and prevents recovery.

It is entirely understandable that a child removed from their family feel traumatized, and may have behaviors that are difficult to deal with. It is traumatic in and of itself to be taken from a familiar environment and placed in an unfamiliar environment with strangers. Children’s feelings are expressed through their actions; behavior due to feelings of confusion, loss and anxiety is often disruptive and perceived as dysfunctional. The behavior often is the natural response to the traumatic effects of being placed in strange surroundings; it is an attempt to cope. The trauma is made worse when child welfare workers prevent the child from having contact with parents or other family members; it amounts to intentionally causing unquantifiable emotional damage to a vulnerable confused child who has been removed from their home.


In the case of this child, Rachel, who was not abused or neglected and only exhibited behavioral problems as a direct result of Child Welfare’s removal from her home, feelings she was not helped to cope with about events which were beyond her ability to control or understand. She was instead, further traumatized by multiple placements and drugged with dangerous drugs in an effort to control her undesirable behavior that was a logical and natural consequence of what was done to her. The cause of her behavior was not addressed. I am certain given her age, she would have felt as if she was being punished—and in reality she must have felt rejected by the adults who were ‘taking care’ of her. This effectively invalidated her emotional distress and at her age, the events would have in all likelihood been perceived by her to have been her fault. Events which were beyond her ability to understand and cope with, caused her to misbehave and instead of addressing the root cause of her difficulties she was drugged with dangerous drugs to extinguish her behavior which was in all reality her desperate attempt to cope!


How can it have been in Rachel’s best interest to neglect a child’s emotional need for security and attachment by denying visits with her parents? Instead of addressing the cause of this pre-schooler’s emotional and behavioral difficulties, she was given neuroleptic drugs not FDA approved and not without very serious risks for harm. Child Protective Services operates in a manner that is detrimental more often than not. Children are removed from parental custody without Substantive Due Process, violating both the child’s and the parent’s Constitutional Rights.


Why this child was removed? Child welfare policy clearly states, “The removal of a child from biological parents requires a substantiation of maltreatment (sexual, physical, or neglect), not just an exposure to it (Pew Commission on Children in Foster Care, 2003). Maltreatment, such as neglect, and the removal from parents (foster care) are traumatic events that can affect the immediate and future developmental and mental health of children (Bowlby, 1998) Child welfare and foster care programs are not effectively protecting the children removed from their homes—six times as many children are killed by caregivers in foster care the than are killed by family members. Child Welfare authorities acknowledged that Rachel had been neither abused or neglected. Sadly, she's been neglected and abused by people who had a duty to protect her.


Obviously, parents using illicit drugs is not something to be condoned. It is equally plain that granting Police powers and broad authority to Child Welfare workers who either ignore or do not even know or understand Due Process of Law is a Constitutional Right that they have a duty to preserve when "protecting children." In this case Child Welfare workers were grossly negligent and did not protect her; they traumatized and grievously harmed her.  It was acknowledged the reporter states that neither neglect or abuse was suspected; yet she was removed from her parents' custody, and an attempt was made to terminate her parents' rights--absent abuse and/or neglect that Federal Law requires for the state to deprive parents of their parental rights...

I am only speculating, but I would be willing to bet this child was put on drugs because the Federal Child Welfare program allows for a higher rate of reimbursement for 'special needs' children; Rachel was worth more drugged.  The attempt to terminate her parents rights if successful, could have 'earned' the child welfare system of Texas $6,000. from the Federal government.  This sort of exploitation of children is happening in every state.  The other thing that I noticed in this report, is due to the initial removal from her parents as an infant, the child welfare department got into trouble for their neglect and for not following up on a Judge's order to seek medical attention for Rachel---It is my personal experience that child welfare workers retaliate against parents who have been successful in having them personally, or the child welfare department in general, accountable for past negligence.

Former Georgia State Senator, Nancy Schafer, prior being slain along with her husband in their garage; was on a mission to address the criminal manner in which state child welfare workers through the Federally-funded Child Welfare System removes children form their homes while abdicating their legal duty to preserve the Individual Rights to Procedural Due Process of Law of the children and their parents. Advocating for the abolition of CPS, Schafer rightly declared that matters of Law, i.e. the investigation of suspected criminal behavior; is best left to Law Enforcement. Officers of the Law are trained to conduct investigations, while preserving Individual Rights to Procedural Due Process of Law. Child welfare workers are not trained in investigative techniques, and do not seem cognizant that they are violating the rights of the children and their parents by failing to conform even to their own guidelines and policies while exercising what are in effect, police powers.  As is all too common, in this case, those involved removed a child who was not in imminent danger.  Worse, once they had legally kidnapped Rachel they did not even attempt to meet her fundamental emotional and developmental needs. Child Welfare abused and neglected Rachel after taking her from parents whom they knew did neither...

Sadly, Rachel's  case is not unique.  On the 6th of this month I posted "The failure to protect foster children and children on Medicaid."  Those of you who read this blog regularly know that my son Isaac was abused, neglected and used in Drug Trials without consent; and he is now profoundly disabled.  What happened to my son, and what was done to Rachel is more than a failure to protect; it is the deliberate infliction of harm. In my son's case, Child Welfare workers violated both our Constitutional Rights; and no one has ever been held accountable.  More than a million dollars in Child Welfare and Medicaid Fraud were committed; I'm lucky my son is alive. Trust me, I am grateful. But, I am angry to have learned that what was done to my son was no anomaly. It has been devastating to discover it's being done to children every single day in every single state onf the Nation; and only in an infinitesimal number of cases is anyone ever held responsible.  This has to stop--it is destroying families.  It is literally disabling and killing children.  These crimes are being committed by public servants who are acting on our behalf.    Nancy Schafer videos

In cases of neglect and abuse that result from a child welfare staff's actions/inaction, we allow the  people to keep their jobs and give them pensions for their 'service.'  Psychiatric drugging of children in distress is criminal--as both my son's and Rachel's cases clearly illustrate. How many children are we going to allow unethical professionals to drug to death with impunity?  How many are we willing to allow to be disabled, because we are sure it's not our problem to solve?  We have, as a society paid a steep price for allowing mental health and social service systems to exploit children in distress.  But the price we pay is nothing compared to the price paid by the children who are now dead.  It is negligible in comparison the price my son continues to pay for the crimes committed which victimized him as a child. The toll continues to climb with the passage of time.  Because he is an adult who is disabled because of the crimes committed against him as a child, he is vulnerable and can not effectively protect himself. What horrifies me is the people who are directly responsible including those who committed felony crimes are or were public servants working for Yakima County, the State of Washington and Central Washington Comprehensive Mental Health. I don't want revenge or retribution. It would not help my son who is 6'3" and 280 pounds to feel safe; I want my son to be able to trust people, not just his family.  I don't believe he will be able to feel safe without Justice being served.  I don't believe he's safe; and that's a heavy burden for a mother to bear...

"The price of apathy towards public affairs is to be ruled by evil men." ~ Plato