Apathy or a lack of ethical integrity? 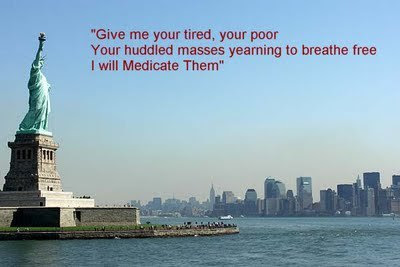 I am a MadMother  and I advocate for the removal of fraudulent research data from the 'Evidence Base,' i.e. Study 329.  I advocate for the raw data from the TEOSS drug trials to be made available to the American people, we paid for it--a couple kids paid with their lives, I hear...I advocate for psychiatry to demonstrate ethical integrity by demanding it from research psychiatrists, peer reviewers, and members of the American Psychiatric Association and the American Academy of Child and Adolescent Psychiatry who are 'Key Opinion Leaders.'  I also advocate  for all psychiatrists, AKA 'psychopharmacologists'  to stop medically neglecting their patients with iatrogenic diseases, and  neurological and cognitive impairments.  I am a MadMother advocating for psychiatrists to  stop pretending  that iatrogenic drug-induced deaths are 'natural' deaths---let's be real, they are in effect and in reality, iatrogenic homicides. 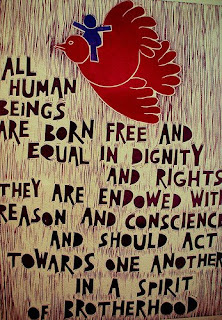 My son had serious behavioral problems as a child and adolescent---he really struggled and was aggressive and violent when he was a kid---I never gave up on him and he tried harder than anyone I have ever known to be different.  I am now and I was then, real clear on this point: There is no way in hell I wanted him to believe that his emotional and behavioral problems, his psychiatric diagnosis, or his victimization were an excuse or a reason that he was not responsible for his own conduct.  It was the hardest thing that I have done as a mother---to hold him accountable, for his own actions regardless.  I did it because I love him.  In the real world, it is important that one be accountable for oneself; and responsible for one's actions.  I have no doubt whatsoever that blaming psychiatric diagnoses cripples people with self-stigma; it grants people permission to abdicate having any personal accountability relieving them of any real sense of responsibility for their own conduct.

I avoid speculating about events and crimes without any actual facts upon which to base my speculations.  I do not assume when heinous criminal acts are committed, the person who is the perpetrator must be "mentally ill."  Speculating without any factual information, is basically gossiping and spreading rumors; both of  which feed biases, bigotry and fears.  Biases, bigotry and fear are fueled by bio-psychiatry and 'advocates for the seriously mentally ill' and the unethical journalists who use tragedies as a marketing tool to sell more ads in their news forums, and/or for furthering a personal agenda. Misinformation and misdirection of precious resources reinforce biases, feed ignorance, heighten fear and seemingly justify bigotry; ultimately further stigmatizing people who are labeled with psychiatric diagnoses.  Advocates claim we are not depriving enough people of their Constitutional Rights to Substantive Procedural Due Process of Law. In reality the US legally compels "medical treatment" which is neither safe nor effective for far too many. So-called patient advocates are demanding increased "access" to community treatment orders, and Involuntary Inpatient Treatment as if it is perfectly acceptable to act as if SOME people (the "seriously mentally ill")  just don't have any Human Rights, i.e. individual rights under the US Constitution that are worthy of preserving or defending.  When biased  and outright false 'information,' gossip, and innuendo can be used as "evidence" admissable in Courts of Law, when Court Orders to deprive people with psychiatric labels of their Liberty, their human dignity, and potentially their lives, preserving their Human Rights is not possible without Due Process of Law, which means adhering to the Rules of Evidence required in every other Court proceeding.

The proponents of increased access to 'medical treatment' under Court Order for those who are diagnosed with mental illness fail to acknowledge that psychiatric drugs can and do cause sudden death and disability. Not counting the bodies of those who die or the number of people disabled, or mentioning that the drugs also increase the risk of suicidal and homicidal behavior, does not make the drugs more effective or safe; it only demonstrates a lack of concern for those who are maimed and killed by the drugs.  Direct  'adverse effects' are caused by a drug's mechanism of action, calling these adverse effects, "side-effects" is inaccurate and misleading, i.e. dishonest and unethical. The failure to provide appropriate information in order to ethically obtain Informed Consent for treatment is pervasive and appears to be intentional. There are mighty serious risks for people who take psychotropic drugs so why are the drugs commonly prescribed off label at all? The fact the drugs are prescribed without appropriate information and are legally forced by Court Order seems to be criminal mis-treatment of the mentally ill, not ethical medical treatment of a condition, much less medical care provided FOR the person who is the recipient of it. 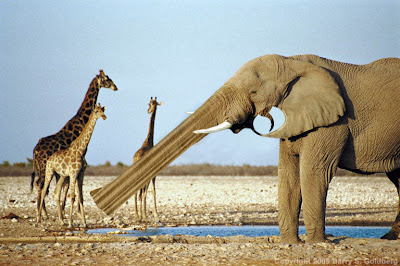 My 'vested interest' is doing everything in my power to prevent another child or adult from being mis-treated, misled and maligned by unethical 'professionals' like my precious son has been. Psychiatrists have repeatedly traumatized him instead of helping him deal with the reality of being a crime victim who was beat up and locked in a closet. Instead of treating his PTSD, as their own guidelines recommended--being 'psycho' pharmacologists, they drugged him with teratogens instead. Being doctors, they could legally, if not ethically, prescribe any drug with impunity; so long as there is agreement among psychiatrists doing so is acceptable...

There isn't even definitive empirical support for using the drugs in standard clinical practice for any purpose in children; that I've found---but then I'm no doctor...But, if there were evidence of a neuroleptic drug's safety and efficacy, why is psychiatry permeated with ethically questionable "standard" practices which are based on consensus instead of data?  It is fairly easy to trace the development of many unethical standards, and then reasonably conclude that the standards serve to facilitate cooperation in illegally marketing of the drugs for use in children. Psychiatry fails to discredit unethical researchers; fails to retract fraudulent, biased, "peer reviewed" journal articles; and uses Continuing Medical Education as a means to further propagate pharmaceutical companies marketing agendas.

Psychiatrists, psychopharmacologists, the "professionals" who have redefined and repurposed the privilege of writing "off label prescriptions;" prescriptions no longer require empirical support. Somehow, the powers that be determined after the latest Senate Investigation, into the the Medicaid fraud due to the off label drugs being prescribed to kids on medicaid, that it's a good idea to trust the same "professionals" to fix the mess they've made, the plan is to continue monitoring the situation... No plan to STOP the ongoing fraud. No plan to stop the unethical "medical treatment" that is being billed to Medicaid fraudulently. No plan to act proactively to protect children at risk of being inappropriately prescribed teratogenic drugs. The plan is to have the same psychiatrists responsible for this medical malfeasance to "monitor" the ongoing criminal provision of "necessary medical care," and of course, to continue to (mis)educate others...

Here in Washington State, the State has imported the use of TMAP and continues to act as if doing so is a public good that is helping patients... It is not ethically, scientifically, medically, or morally justifiable to have imported this social engineering program which was supposedly a 'health plan.' AS IF the health of the patients was even considered in it's development! TMAP was sold as a treatment algorithm, but is in fact a marketing agenda developed to make money for the pharmaceutical industry by robbing we the people through Federal Medical programs claiming that it would save money and ensure appropriate treatment is provided for the unfortunate mentally ill...Most of the money has been 'made' by committing Medicaid and Medicare fraud-- The Medical Institutions and federally funded psychiatric researchers apparently have some kind of hypnotic power over the membership of the America Psychiatric Association and the American Academy on Child and Adolescent Psychiatry.  Psychiatry is complicit in an ongoing criminal enterprise, psychiatrists continue to willfully commit Medicaid fraud by using consensus as a means to standardize unethical treatment methods. These treatment algorithms developed by consensus form the foundation of psychiatry's currently used 'Standard of Care.'

This whole scheme rests on selling the belief that it is being done to treat 'diseases;' no disease has ever been found, mind you---they're doctors we are to trust blindly; and everyone else is a patient, or potential patient.

THAT'S THE PLAN.
CAN YOU SAY RICO STATUTE?

There is no honor in being a doctor who lies to a child, and lies to the parents. In all reality, it is criminal to medically treat a person and/or conduct research in a manner that ignores altogether the Hippocratic Oath. Any reasonable person who has even a modicum of critical thinking skills would wonder, "Does psychiatry conform to ANY ethical, scientific, medical or legal standards?" Honorable people who are medical professionals would have no reason to treat fellow human beings as if they are less than worthy of respect; and undeserving of the truth. Honorable medical professionals would not purposely use fraud to ensure treatment compliance, or spread misinformation about what is and is not known about the nature of the psychiatric diagnoses themselves, and the drugs theoretically medically treating the underlying "diseases" that psychiatric professionals theorize are causing the diagnoses psychiatrists develop by consensus...

Medical professionals don't seem to know what children are taught in Grade School:
Human Rights are not "earned" and can be neither diminished nor deprived.
Human Rights cannot be stripped from anyone due to having any "medical diagnosis" under color of law.
Psychiatric diagnoses are not "medical diagnoses" in any case. Psychiatric diagnoses are derived from a political process and are adjudicated to become a legal determination, i.e. a legal judgement and sentence.
None of these legal machinations are a substitute for ethical medical diagnostic and treatment procedures... 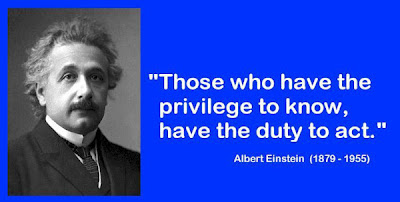 updated 4-21-2014
previously titled:  Is it apathy or ignorance caused by a lack of ethical integrity?

originally much longer, and titled, "Is it apathy or ignorance caused by a lack of ethical integrity?"