What about the primary victims? 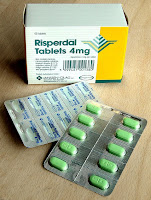 "The lawsuit charges that Janssen engaged in unfair and deceptive practices when it promoted the antipsychotic drugs for unapproved or off-label uses.

"Washington state will receive more than $4.6 million to be used for enforcement and grants that will benefit people who suffer from the conditions the drugs were illegally marketed for, Washington State Attorney General Rob McKenna said in a statement" Rita R. Robison

No offense to Ms. Robison, but the alarm on my detector is shrieking...

Ms. Robison posted this comment to her article:
"These drugs, which have serious side effects, were market(sic) for treating kids and seniors, although the drug company had no evidence the drugs were effective for these age groups."

"ALBANY, N.Y. (AP) - Janssen Pharmaceuticals Inc. and parent company Johnson & Johnson on Thursday announced a $181 million settlement with 36 states and the District of Columbia over charges of marketing anti-psychotic drugs for non-approved uses.

"New York Attorney General Eric Schneiderman, representing one of the states involved, claimed in a court filing that Janssen engaged in deceptive practices from 1998 to at least 2004 in the marketing of the drugs Risperdal, Risperdal Consta, Risperdal M-Tab and Invega. The multistate settlement comes amid a similar federal case that is still pending."

Schneiderman said the company promoted "off-label" uses of the drugs not approved by the Food and Drug Administration. For instance, Janssen is accused of promoting Risperdal, which is used to treat schizophrenia and other mental illnesses, for non-approved uses including dementia, anger management and anxiety. Janssen rewarded doctors who prescribed and promoted Risperdal for unapproved uses with lucrative consulting agreements, according to Schneiderman's complaint.
(emphasis mine) here