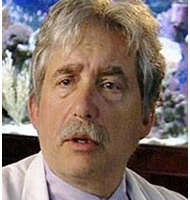 A former Emory University psychiatrist caught for failing to disclose millions he received from Big Pharma is once again receiving federal grants. The decision to award the grants has sparked criticism from many, including a US Senator.

The federal grant were made 3 months ago to Charles Nemeroff, a former Emory University psychiatrist. Dr. Nemeroff was caught failing to tell his university about at least $1.2 million in consulting income from drug companies, such as GlaxoSmithKline. read here