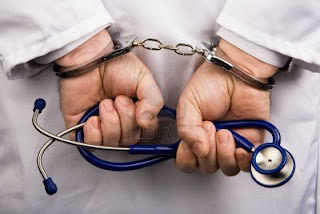 via the OC Register Letters to the editor:


Prosecute psychiatrists
GARDEN GROVE, Clay Bock: The deadliest mass murder that has ever occurred in Orange County ends the lives of eight wonderful people, most of whom are in the prime of their lives. Hundreds of family members and their friends lives are terribly damaged forever after the loss of their loved ones. As it turns out, as in just about every one of these bizarre, brutal acts of violence, Scott Dekraai was in the hands of a psychiatrist and on psychiatric drugs.

The second-deadliest O.C. mass murderer, according to the newspaper, Edward Allaway, also had a long history of psychiatric “treatment” before he killed seven people at Cal State Fullerton in 1976. There are hundreds of those treated by psychiatrists in between, including the man who killed innocent shoppers with the sword in Irvine or Eric Harris at Columbine.
Psychiatrists know that these drugs cause a certain number of people to become violent. Here is a list of a few of the side effects for their drugs from the National Institute of Mental Health website: Irritability, aggressive or violent behavior, acting without thinking, extreme increase in activity or talking, sudden or unusual changes in behavior and even suicide.


If Dr. Conrad Murray can be prosecuted for Michael Jackson’s death due to misapplication of prescription drugs, it is time to prosecute psychiatrists behind these mass murderers. read here

When one considers how little we know about the pathophysiology of schizophrenia for which these nerve-seizing or "nerve affecting" drugs were initially prescribed; it is more than a little frightening.  The neuroleptic drugs have been used for 60 years, and we know they cause cardio-vascular, metabolic and neurological dysfunction; we know that neuroleptics cause intellectual, neurological, cognitive and physical impairments, that are disabling; and can cause sudden or early death.  Neurological impairment was not identified as a symptom attributed to the progression of schizophrenia before the advent of these teratogenic drugs; but it is listed along with aggression and violence and now attributed to the diagnosis of schizophrenia; which seems less than acurate, or honest to say the the very least.

“Why are the mentally ill still bearing arms?”

an excerpt:"As but one example, the second edition of the Diagnostic and Statistical Manual of Mental Disorders, published in 1968, redefined paranoid schizophrenia as a condition of “hostility” and “aggression” and projected anger in ways that encouraged psychiatrists to conceptualise(sic) violent acts as symptoms of mental illness." read

via the Journal of the Royal Society of Medicine, a personal paper asks, Does psychiatry stigmatize? The author concludes "psychiatry may have very little specific to offer" to many with a psychiatric diagnosis.  The paper asks whether it is possible that psychiatry harms some, and also agrees this is probably so, due to the limited ability to explain problems caused or exacerbated by social and environmental conditions.  read the paper here.

A French psychiatrist whose patient hacked an elderly man to death was found guilty of manslaughter on Tuesday in a groundbreaking case that could affect the way patients are treated.
A court in Marseilles said Daniele Canarelli, 58, had committed a "grave error" by failing to recognize the public danger posed by Joel Gaillard, her patient of four years.


Gaillard hacked to death 80-year-old Germain Trabuc with an axe in March 2004 in Gap, in the Alps region of southeastern France, 20 days after fleeing a consultation with Canarelli at Marseilles's Edouard Toulouse hospital.


Canarelli was handed a one-year prison sentence and ordered to pay 8,500 euros to the victim's children, in the first case of its kind in France. Defense lawyers said the ruling would have serious repercussions for treatment of the mentally ill.


"If a psychiatrist lives in fear of being sentenced, it will have very real consequences and probably lead to harsher treatment of patients," said Canarelli's lawyer, Sylvain Pontier.


The court said Canarelli should have requested Gaillard be placed in a specialized medical unit or referred him to another medical team, as one of her colleagues suggested. Her stubborn refusal had equated to a form of "blindness", the court president Fabrice Castoldi said.


Gaillard had already been forcibly committed to a secure hospital on several occasions for a series of increasingly dangerous incidents.


The victim's son, Michel Trabuc, said he hoped the case would set a legal precedent.


"There's no such thing as zero risk, but I hope this will move psychiatry forward and, above all, that it will never happen again," he said.


Gaillard was not held responsible for his actions and was freed under medical supervision.