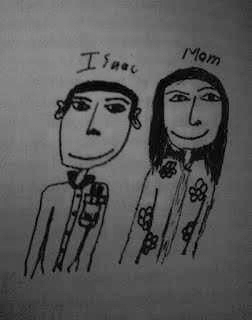 I haven't posted an update for about us for bit due to being hesitant for a variety of reasons. The primary one is being told to not, "get angry" about A story about a background check and I was reminded, i.e. threatened, "we can decide you can't take care of your son." I perceive this statement to be a threat; whether it was intended to be a threat or merely a "friendly reminder" of the very real risk that public employees who abuse their power and authority with seeming impunity, pose. I have no power to control the behavior of people who are employees of the State of Washington. Telling me to not, "get angry" over being slandered to a client was told I am a felon, by a person who knew for a fact what he was saying was not the truth. I am not a felon nor have I ever been arrested let alone convicted of abandoning a vulnerable adult, as the client was falsely told by Dirk Bush---To me, saying I would abandon a vulnerable adult is the same as saying I would kill a person. When I spoke to the so called "professional" who slandered me; he fired me as my son's caretaker as well, he then said, "I don't need a reason."

I feed us and pay bills with the paycheck that was taken without cause, and without following the relevant procedure manual, i.e.  Washington's Administrative Code. I can't help but feel as if there seems to be the intent to cause us harm which is reinforced by the total abdication of any responsibility for correcting the situation created by Dirk Bush by any of his superiors. I was told the guy didn't have the authority to do what he did, but I'm not to, "get mad." I am required to request a hearing with an Administrative Law Judge; more accurately, on my son's behalf, I have to lay this all out for a Judge to hopefully avoid more damage. All this for a guy who in effect, works for me and my son, and who broke the Law and violated the ethics guidelines for the social service profession and which have had a detrimental impact on my son and myself.

I am so tired of people who have never met my son who have a duty to my son, unilaterally making decisions without talking to Isaac. It's as if they have no respect for Isaac; at least not enough respect to ask for his input when attempting to make decisions (supposedly) in his est interests. It's as if Isaac, the real live human being, is not important to the people working for the state who arbitrarily make decisions without even asking for his input or even consulting anyone who knows him...