Wide awake but soon to be in the dark: Washington State's failure to follow Medicaid Guidelines and to comply with a State Supreme Court Order 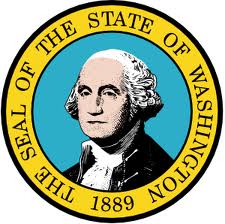 The State of Washington owes me several thousand dollars in back-pay, plus interest. For three years and eight months the Department of Social and Health Services Home and Community Care office through S.E. Washington Aging and Long Term Care took between 9 and 20 hours of pay out of my paycheck each month in violation of Federal Medicaid Guidelines; and in contempt of a Washington State Supreme Court Order.  Today, the power is going to be turned off, my phone has already been turned off. None of the programs that help people in a crisis has any funds to help keep our power on. I have been without an income since being wrongfully terminated from my contract as my son's care provider on October 30, 2012 by DSHS employee, Dirk Bush, who told me he didn't need a reason. This occurred when I pointed out he had slandered me when he falsely told a client that I was ineligible to be a care provider; he claimed that I had been convicted of a felony for abandoning a client---Bush knew this was not true; he had a copy of my background check. I have been without a paycheck for months. I managed to stay afloat thanks to my tax return; it is now totally gone.

The same person who claimed there is nothing wrong with the State violating Medicaid Law and being in contempt of a Washington State Supreme Court Order and illegally refusing to pay me for all of the hours assessed as necessary for my son's care, Jackie Klingele, represented the department in the Administrative hearing held because we are disputing the wrongful termination of my contract as my son's care giver. The Administrative Law Judge's decision is due to be mailed on April 19, 2013.