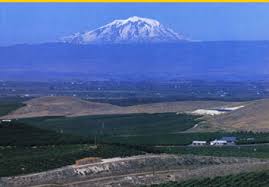 ScienceDaily (2010-09-16) -- "A new study finds no change in prejudice and discrimination toward people with serious mental illness or substance abuse problems despite a greater embrace by the public of neurobiological explanations for these illnesses. The study raises vexing questions about the effectiveness of campaigns designed to improve health literacy."

I read this article and thought well, what else would the outcome be?

It is not possible to change negative attitudes derived from ignorance by misinforming the people who have them. How could being dishonest about a group of marginalized people "help" them? I was taught as a child that it is impossible to 'do good' by being dishonest. The people cannot be asked to believe "mental illness" is a "disease or disorder of the brain, like any other illness," but also be expected to believe the people who have them need to be forced to take harmful drugs. Supposedly, they need to be forced because, "they don't know what's good for them," and people are expected to believe having a "mental illness" is like having a disease like cancer or diabetes! It defies logic. Why would "mental health professionals" believe that telling people lies about the people who have been diagnosed with "mental illnesses" would be a good thing to do? Or that it would be helpful to them?! Stating that "mental illnesses" are "brain diseases" implies that the so-called, "diseases" develop in a biological vacuum. Going further and claiming one can never 'be cured,' but can only be "effectively treated," with neuroleptics, helps the pharmaceutical industry. It does not help those with a psychiatric diagnosis, to be dishonest about what people with a diagnosis experiences. A genuine effort to change entrenched ignorant societal beliefs would require accurate information, not lies. Ignorance can only be corrected by education. Any genuine effort to eliminate the stigma of a psychiatric diagnosis, needs to be based on reality, not science fiction. An honest effort requires the truth.

How is it that a deception of the masses was believed to be the best way to "bust the stigma?" In kindergarten we learned (or not) that one is supposed to follow the rules because it is the right thing to do. Now deception of the masses is supposed to inspire society at large to do the right thing for "the seriously mentally ill" because it is the right thing to do; but the reason offered to compel understanding and altruistic action is a deception? How could college educated professionals not see the glaring inconsistencies inherent in this dishonest strategy?

The anti-stigma effort in theory, was supposed to encourage the general public to stop excluding and to start including "the seriously mentally ill." Teaching the general public that "mental illnesses" are caused by "diseased brains" and that those with "seriously diseased brains" are just like everybody else. The Human Rights of those who the public is told have "brain diseases" instead of emotional, cognitive and behavioral difficulties resulting from abuse, and neglect, trauma and other types of environmental, sociological and interpersonal subjective experiences are further violated when the public believes this obfuscation.

The people and entities who benefit from this unscientific classification of emotional distress are many; and not always readily recognized. There are the obvious financial beneficiaries of academia, medicine, and pharmaceutical companies, that most can readily agree are all branches of the same twisted tree feeding off what the bible called the root of all evil, the love of money. The relative few benefit financially, earning their wage in an pale imitation of the noble characteristics required of those who practice the Medical Arts. Wages are earned by deceiving the masses; while depriving those labeled "seriously mentally ill" of their dignity and hope. Coercing patients and trusting family members alike, to gain "treatment compliance." This process did not happen overnight, and it is not a recent phenomenon.

I noticed right away in the first paragraph, the abstract did not say that mental illnesses are diseases! In fact it truthfully stated that they had been presented, "as medical diseases in efforts to overcome low service use, poor adherence rates, and stigma." So, now we have an answer to why this subterfuge was perpetrated. Primarily, it was to "to overcome low service use, poor adherence rates," i.e. to encourage treatment compliance. The lie that "mental illness," or more accurately, states of crises, are caused by biological  "diseases" or "chemical imbalances" was told to get more people to take psychiatric drugs and "reduce stigma" of doing so.  This is no justification for mental health professionals to lie about the very people they are supposed to be helping! In reality this plan was developed by college educated mental health professionals who seemingly perceived no moral dilemma in abandoning their ethical integrity; or in lying to patients and their families, and the American public. Incredibly, many in medicine, academia, government and industry are clinging to this lie which continues to cause the people it was intended to help further harm. On the face of it, this deception may appear to be harmless, as it is instigated to supposedly achieve better "medical treatment" for those unfortunates with "diseased brains."

Looking closer, it appears to be an attempt to misinform the general public and thereby gain support for bio-psychiatry practitioner's methods of "practicing medicine." These methods include coercing the "seriously mentally ill" and "teaching" by manipulating their family members and the general public into supporting social control strategies, that are being called, "medical treatment." Human Rights violations that happen as a matter of course for those with the label of "serious mental illness" we are told by bio-psychiatry's devotees are justified; because, "seriously mentally ill" people lack insight! Llaws have been passed mandating this "medical treatment," which does not help the vast majority "treated" with neuroleptic drugs; but in fact hurts them. A particularly cruel twist to the "anti-stigma" lie, when one considers the fact that neuroleptic drugs induce iatrogenic neurological and metabolic abnormalities, leading to disability and early death; sometimes sudden death, regardless of the age of the patient.

Reading just the abstract for the American Journal of Psychiatry article, and the article written about this study for Science Direct, I could not help but notice that it seemed that the message was somehow different in Science Direct. In the final paragraph of the AJP abstract, which acknowledges the two effects of the strategy to increase awareness of the need for those labeled to be treated with medication The campaign to promote the belief that "mental illnesses" are diseases like any other diseases; resulted in an increase in support for "treatment;" but ironically, it also led to an increase in rejection experienced in the community by those with a psychiatric diagnosis!

This means that once the general public believes the deception offered by the "anti stigma" campaign, the people who have a psychiatric diagnosis experience more rejection. Rejection of a person due to a psychiatric diagnosis is inhumane and leads to isolation and loneliness. This study supports the belief of many survivors: Stigma originates with and is attached to the psychiatric diagnosis itself. The strategy to garner community acceptance and inclusion for "the seriously mentally ill" actually led those diagnosed with a psychiatric "mental illness" becoming more isolated, and experiencing more rejection. Perhaps it is time for the professionals who develop these grand ideas to help others, to tell the truth. Perhaps these professionals need to ask those they wish to help, "What can we do to help you?"