Without Informed Consent: When the State Decides Children Should Be Drugged 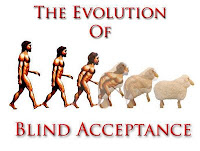 CPS: Abuse of Power and Authority
Violation of Parental Rights


Originally posted December 17, 2010, the video features Liza Ortez, a mother from the State of Texas whose 13 year old son died from the effects of neuroleptic drugs.


"Liza Ortez was having trouble with her and son and turned to Mental Health and Mental Retardation, MHMR for help. Her son was put a number of psychiatric drugs including antidepressants and antipsychotics by a psychiatrist. CPS or Child Protective Services soon became involved and demanded that Liza adhere to the mental health treatment or CPS threatened to take her child away. After being in the system her son become(sic) worse and eventually died from an overdose of antipsychotic drugs." via psychetruth on youtube


The reality is this is happening around the Country---When did CPS, a Federally-funded program, assume the authority to deny parents their Constitutional Rights Without Procedural Due Process of Law?  When was it determined that if a psychiatrist or other "mental health professional" prescribes drugs and a parent does not give an Informed Consent for their child to take them, that CPS will take over?!  CPS will threaten to remove or actually call for police to remove a child from a parent's custody and care (Maryanne Godboldo)---not due to abuse or neglect, but because a parent exercised their judgement, and their Constitutional Rights?!  The woman in the videos below buried her thirteen year old son because he was given unsafe and ineffective psychiatric drugs---at the insistence of CPS; whose involvement in this case, (and in every case where a parent does not give CONSENT to dangerous psychiatric drugs being used to "treat" their child) is a blatant abuse of power and authority.  It is also A Violation  UNDER COLOR OF LAW of Lisa Ortez's Parental Rights protected (in theory) by the United States Constitution.

Individual Rights are only a theory when they are not preserved or defended!

4. Parham v. J.R., 442 US 584, 602-606 (1979)
"This case involves parent’s rights to make medical decisions regarding their children’s mental health. The lower Court had ruled that Georgia’s statutory scheme of allowing children to be subject to treatment in the state’s mental health facilities violated the Constitution because it did not adequately protect children’s due process rights. The Supreme Court reversed this decision upholding the legal presumption that parents act in their children’s best interest. The Court ruled:  Our jurisprudence historically has reflected Western civilization concepts of the family as a unit with broad parental authority over minor children. Our cases have consistently followed that course; our constitutional system long ago rejected any notion that a child is “the mere creature of the State” and, on the contrary, asserted that parents generally “have the right, coupled with the high duty, to recognize and prepare [their children] for additional obligations." (emphasis mine)


3-year-old placed on dangerous psychotropic drugs: “Child Protective Services operates in a manner that is detrimental”

Thankyou for sharing your story. I am sorry for what you've been through. I have had my share of abusive treatment by psych services in Australia. I look forward to the day when we will be treated like human beings and given the right to choose our treatment.

Thank you for your comment and your support. The woman in these videos is Lisa Ortiz a mother from Austin, Texas whose thirteen year old died four days after being prescribed Seroquel. It is truly tragic, that this is what passes for "medical treatment" of psychiatric diagnoses. No doctor or any other "mental health professional" who treated my son ever told the truth about the risks, or the fact that the drugs were in fact not approved for use in children. Doctors are not supposed to lie to or about patients; or lie to parents to gain 'consent,' lying to and about those who are diagnosed, is "Standard Practice." The Psychiatric profession, does not adhere to any moral, ethical or legal standard---not even the Nuremberg Code.

Anyone who should be legally able to prescribe such chemicals should also know what even a well read lay-person does. The brain's "hardware" and "software" are so tied up and murky with each-other that reaching for the chemical reprogram is scarcely less primitive than the circuit soldering iron of phlebotomy.

Overall it seems a combination of laziness and overload have made every sickological problem seem like a nail(When all you have is a hammer every problem starts to look like a nail). Couple this with a complete lack of professional humility to the fact that we only barely understand what goes on in the brain, far less a developing one.

As with many problems of today there doesn't seem to be a clear solution that covers the gap that a lack of moral responsibility in the majority of the populace has left behind.

Paranoia is a feeling that is without basis, fear of something unreal, or without reason to fear---you are not "paranoid." I suspect you know that...

You make some excellent points in your comment. It is reassuring to me that someone else has noticed the, "lack of moral responsibility in the majority of the populace;" also determining (like I have)that it is this lack of integrity that is at root blindly accepting the utter crap that psychiatry is shoving down our necks, saying it is "medical treatment."

Thanks for stopping by...