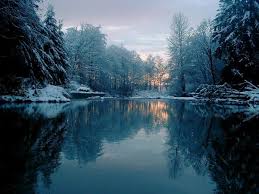 via  Pacific Northwest Inlander
Guv Signs Sex Offender Reform June 1, 2011
Washington Gov. Christine Gregoire last month signed into law a bill that allows some juvenile sex offenders to petition the Court to be removed from the sex offender registry, and to have their criminal records sealed; based on treatment and good behavior.

The reforms in the bill — Substitute Senate Bill 5204 — were the result of a lengthy review of policies regarding juvenile sex offenders and emerging national research by the state’s Sex Offender Policy Board, law enforcement organizations, the state prosecuting attorneys’ association and the Office of the Superintendent of Public Instruction.

The Policy Board investigated, for more than a year, who should know if a student in a school is a sex offender. Some legislators were calling for increased notification, others for less.

It was a surprise, says Policy Board Program Director Shoshana Kehoe-Ehlers, that recent research reveals juvenile sex offenders are far more amenable than their adult counterparts to be changed by treatment.

In Washington, juvenile and adult sex offenders “were 100 percent treated the same way,” Kehoe-Ehlers says. Recent studies show only 7 to 13 percent of juveniles in treatment commit repeat sex offenses. Recent research shows 24 percent of adult sex offenders repeat their crimes. The findings were “a surprise in a good way. It underscored the need to split the juvenile and adult systems,” Kehoe-Ehlers says.

Under the new law, juveniles who commit the most serious sex crimes — first- and second-degree rape, and indecent liberties with forcible compulsion — are not allowed to evade registration or notification requirements.

But juveniles who committed lesser sex offenses younger than age 15 may petition the judge after two years of good behavior to be removed from the sex offender registry and then to have records sealed. Youth who offended at 15 or older must wait five years. (Kevin Taylor)

I am not sure of the advisability of the above legislation; only time will tell...I do have serious concerns about those who are identified as sexually aggressive youth who go on to  become serial perpetrators--some will escape detection and never be arrested or prosecuted. This is not a baseless fear since, "It is important to note that not all sex crimes are solved or result in arrest and only a fraction of sex offenses are reported to police." (link below)

"The reliance on measures of recidivism as reflected through official criminal justice system data (i.e., rearrest or reconviction rates) obviously omits offenses that are not cleared through an arrest (and thereby cannot be attributed to any individual offender) or those that are never reported to the police. For a variety of reasons, many victims of sexual assault are reluctant to invoke the criminal justice process and do not report their victimization to the police. For these reasons, relying on rearrest and reconviction data underestimates actual reoffense numbers." read here
Studying only those who are arrested and convicted, AND  get "treatment," is not exactly going to keep the public safe,  is it?  I know it's a false sense of security...
One individual that I know:  A kid assessed as Sexually Aggressive and a "high risk" to reoffend received treatment for six years. While still a minor, a family wanted to adopt him. Because the age of consent for mental health treatment is thirteen in this State, his permission was required in order for his treatment history to be revealed to the prospective adoptive parents. He did not want them told of his his Sexual Aggressive status, or treatment history; so they were not informed.  The adoption failed; he tortured their animals and badly frightened the adoptive parents.

The kid ages out of the Child Welfare and long-term Mental Health treatment systems without ever having been arrested, charged, or convicted for a sexual offense--although he has  committed several. The State of Washington seals all of his juvenile records.  His mental health (sexually aggressive youth) treatment records, special education records and Dependency court records; enabling him to join the Marines. He had to lie to get in, but what the heck?! He is skilled at lying, pretending, so to him it's no biggie...

Now this sexual predator has received the finest training in hand to hand combat available on the planet. He slipped through the MEPS screening process, thanks to the State of Washington's "assistance" that is now mandated by State law. The Marines ultimately booted him, after he received the aforementioned combat training.  He has tortured and killed animals since then, and God knows what else...