Since Psychiatric Diagnoses are not "Brain Diseases" or "Chemical Imbalances" what are psychiatric drugs "treating"?

Psychiatry does not adhere to the: 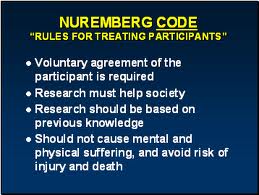 The United States and New Zealand are the only countries in the world that allow direct to consumer marketing of prescription drugs.  Drug marketing through direct to consumer advertisements are inundating us with false messages about drug efficacy and safety.  In some cases, particularly in the case of psychiatric drugs, biased information about the nature of psychiatric diagnoses that the drugs are prescribed to treat. e.g. advertisements that claim diagnoses are the result of a disease, a neurobiological disorder or a chemical imbalance; are fraudulent claims to make, and are supposed to be  illegal---and are supposed to be regulated by the FDA, but are not.


via PLoS Medicine a peer-reviewed open-access journal published by the Public Library of Science:


Baughman F (2006) There Is No Such Thing as a Psychiatric Disorder/Disease/Chemical Imbalance. PLoS Med 3(7): e318. doi:10.1371/journal.pmed.0030318
Published: July 25, 2006
excerpts:
"At the 1998 National Institutes of Health (NIH) Consensus Development Conference on ADHD, Carey [6] stated: “The ADHD behaviors are assumed to be largely or entirely due to abnormal brain function. The DSM-IV does not say so but textbooks and journals do.... What is now most often described as ADHD...appears to be a set of normal behavioral variations.”

"In 2002, the Advertisement Commission of Holland [12] determined that the claim that ADHD is an inborn brain dysfunction was misleading and enjoined the Brain Foundation of the Netherlands to cease such representations.

"In 2003, Ireland prohibited GlaxoSmithKline from claiming that the antidepressant Paxil “works by bringing serotonin levels back to normal.” Wayne Goodman of the FDA acknowledged that claims that selective serotonin reuptake inhibitors correct a serotonin imbalance go “too far,” but had the temerity to suggest that “this is reasonable shorthand for expressing a chemically or brain-based problem” (quoted in [13]).

"At an FDA hearing on March 23, 2006, I testified: “Saying any psychiatric diagnosis ‘is a brain-based problem and that the medications are normalizing function’ is an anti-scientific, pro-drug lie” read the entire letter

Serotonin and Depression: A Disconnect between the Advertisements and the Scientific Literature

Citation: Lacasse JR, Leo J (2005) Serotonin and Depression: A Disconnect between the Advertisements and the Scientific Literature. PLoS Med 2(12): e392. doi:10.1371/journal.pmed.0020392
Published: November 8, 2005
excerpts:
"Although SSRIs are considered “antidepressants,” they are FDA-approved treatments for eight separate psychiatric diagnoses, ranging from social anxiety disorder to obsessive-compulsive disorder to premenstrual dysphoric disorder. Some consumer advertisements (such as the Zoloft and Paxil Web sites) promote the serotonin hypothesis, not just for depression, but also for some of these other diagnostic categories [22,23]. Thus, for the serotonin hypothesis to be correct as currently presented, serotonin regulation would need to be the cause (and remedy) of each of these disorders [24]. This is improbable, and no one has yet proposed a cogent theory explaining how a singular putative neurochemical abnormality could result in so many wildly differing behavioral manifestations.

"In short, there exists no rigorous corroboration of the serotonin theory, and a significant body of contradictory evidence. Far from being a radical line of thought, doubts about the serotonin hypothesis are well acknowledged by many researchers, including frank statements from prominent psychiatrists, some of whom are even enthusiastic proponents of SSRI medications (see Table 1).

"In 1998, at the dawn of consumer advertising of SSRIs, Professor Emeritus of Neuroscience Elliot Valenstein summarized the scientific data by concluding, “What physicians and the public are reading about mental illness is by no means a neutral reflection of all the information that is available” [50]. The current state of affairs has only confirmed the veracity of this conclusion. The incongruence between the scientific literature and the claims made in FDA-regulated SSRI advertisements is remarkable, and possibly unparalleled." (emphasis mine)  read the entire article


WHAT IS THE FDA's ROLE?

The FDA is a federal regulatory agency that approves drugs to be marketed, and has oversees the direct to consumer advertising of FDA approved drugs.
This agency approves drugs on flawed, phony and incomplete information, and does fine the companies whose drugs were approved fraudulently, nor remove the drugs from the market until they are tested for safety and efficacy.  The FDA does not hold drugs manufacturers accountable for failing to provide accurate drug trial data, for failing to perform post-marketing clinical trials they are obligated to perform when drugs gain approval under the FDA's expedited approval program, the FDA does nothing when the drug companies market their products for conditions and populations that are not FDA approved.  In fact for all of these crimes the FDA does virtually nothing---allowing dangerous drugs to continue being used both for FDA approved and unapproved uses.

In fact the only real value of the FDA "Warning Letters" to drug companies seem to have is that they can be used as evidence by individual states in lawsuits for false advertising. here. These lawsuits for false advertising and the ones individual states have filed for the "off-label" marketing of drugs are the only real consequences of any import the industry has faced.

The FDA has for the last several years has attempted to shield the pharmaceutical industry from lawsuits by claiming Federal Preemption; attempting to prevent people who are harmed by FDA approved drugs from being able to sue for damages in State Courts. here and here

In the year 2000 the Journal of the American medical Association reported that 106,000 deaths a year are caused by "non-error" adverse effects of prescription drugs; and acknowledges this is a conservative estimate of the actual number. This country has been waging a "War on Drugs" for decades---illicit, illegal drugs kill a small fraction of the number of people that FDA approved drugs do when used for FDA approved uses; yet there is no War to have the FDA, or the Drug industry held accountable for FDA approved drugs for the 100,000+ deaths a year caused by FDA approved drugs.   Are we to assume the FDA does not think this loss of life is relevant; or that the FDA has no responsibility in regards to this unacceptable loss of life caused by the drugs the FDA has perhaps erroneously, approved?