Criminal trials need not be based on the facts

A handful of Police Officers were involved in killing a mentally disabled man named Otto Zehm, in Spokane Washington in March of 2006.  Otto had committed no crime.  No effort whatsoever was made to bring his murderer to trial. Ultimately the DOJ filed charges, charging one officer (there were a total of seven involved) with lying to investigators, and for using "unreasonable force." Karl Thompson struck Otto Zehm seven times and tazered him twice within 32 seconds after rushing up to him with a raised baton...


The Federal Judge is hinting that a plea bargain should be made for this miscreant.  The Judge ruled the Assistant Police Chief can not tell the jury that Karl F. Thompson, the Police Officer on trial, did not follow Department Procedures when he chased a frightened Otto Zehm through a mini-market; before commencing to beat him in the head with his police baton---even though these events were caught on video.  Otto Zehm was "armed" with a 2-liter bottle of soda; and had committed no crime. Ultimately, Otto Zehm was beaten, tazered and then hogtied before he stopped breathing--


Federal Judge Van Sickle issued a ruling that the jury will not be told that Karl F. Thompson's actions led to Otto Zehm's death, which was ruled a homicide; because this fact the Judge ruled is, “irrelevant and becomes confusing for the jurors.  It’s not something that needs to be addressed or should be addressed..."

The Spokane County Medical Examiner ruled Otto Zehm died as the result of homicide in May of 2006, with lack of oxygen to the brain as the official cause.  Thompson is not charged with homicide: The fact that Thompson had a sworn duty to protect and to serve, but brutally attacked a handicapped man who died as a direct result of Thompson's beating; is "irrelevant." 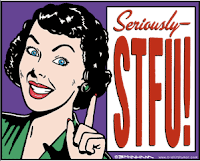 The Judge's ruling in effect means:
CRIMINAL TRIALS NEED NOT BE BASED ON THE FACTS
WHEN
The victim is "mentally handicapped" and the perpetrator is a Police Officer who ignores Police Procedure and THE LAW.


Zehm trial will be moved to Yakima

a couple of excepts:
"Thompson, responding to an erroneous report that Zehm had stolen money from an ATM, approached Zehm inside the Zip Trip at 1712 N. Division St. and began striking him with a baton. Six other officers responded, hogtied Zehm and placed a plastic oxygen mask over his face to prevent him from spitting. Zehm stopped breathing and did not regain consciousness."

"At the end of the hearing, Van Sickle asked the attorneys whether plea negotiations were under way." here

Learn More about the Otto Zehm Case:
Updates and videos from The Spokesman review
Assistant US Attorney alleges Spokane Mayor misled the press and the public