"The scientific endeavor is based on vigilance, not trust."
Jonathan King, Professor of Molecular Biology, M.I.T. Science and Engineering Ethics, 5:215-217.

The number of deaths from all prescription drugs more than quadrupled.
How many of the deaths were children prescribed psychiatric drugs off-label? 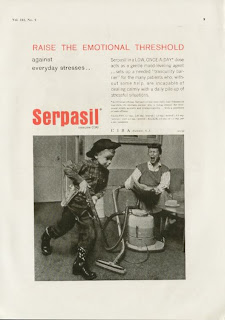 I wonder if experimental use of prescription drugs, called "off-label" prescriptions, would be so prevalent if the raw data from federally funded research, and the data used to gain a drug's FDA approval were available for public examination; instead of being hidden? People are dying at an alarming rate--including children from taking FDA approved prescription drugs as directed. How many of the deaths are a direct result of inappropriate, unsupported experimental use? Consensus based standards of care that recommend prescribing FDA approved neuroleptic, or other psychotropic drug "off-label" to children that are are without robust evidence to support using the drugs in this manner, are surely part of the problem. Have medical professionals allowed exaggerated claims of drug safety and efficacy and the minimizing of drug risks to cloud their professional judgement? Exaggerated claims of a drug's effectiveness coupled with a denial of or minimizing of the actual risks is unethical; publishing inaccuracies in professional journal articles has undermined the integrity of the evidence base, and the medical profession.  Worse, published inaccuracies put physicians and patients at a distinct disadvantage: misinformed doctors misinform and mistreat patients.

via Department of Health and Human Services Office of Rearch Integrity:

‎"in all these efforts the criteria for professional scientific integrity were similar; even if the individual was your best friend, you asked to see the data; and if the data was in summary form, you asked to see the raw data. It was common to challenge a colleague's claim that he had carried out some procedure very carefully or precisely." Jonathan King, Professor of Molecular Biology, M.I.T. Science and Engineering Ethics 5:215, 1999.


"Though the subjective and social components of science are real and often critical, the striving to determine the truths about nature independently of these variables is one of the most enduring values of science. This is not based on trust, but on evidence, rigor, and honesty. The honesty is established by not calling upon trust, but demonstrating that one did what one said one did." Jonathan King, Professor of Molecular Biology, M.I.T. Science and Engineering Ethics 5:216, 1999. here


Direct to consumer marketing of FDA approved drugs does not comply with truth in advertising and consumer protection laws; the drugs are killing hundreds of thousands of Americans. But FDA enforcement resources are focused on advertisements for vitamins, nutritional supplements, and organic foods that are not killing people. Failure of the FDA to be accountable for the drugs the FDA approves is a failure to protect the American people who are dying at an alarming rate from "safe and effective" FDA approved drugs.

The United States has a passion for pills, being the world's biggest users of psychotropic drugs, consuming 60 per cent of them. And pharmaceutical firms are keen to keep cashing in on the multibillion-dollar market, even if it costs people's health.

America is regarded as a country with a prodigious appetite for consumption. Today, a widespread fondness for pharmaceuticals has turned the US into a nation of pill-poppers.

With over $14 billion in annual sales, antipsychotics remain the top-selling therapeutic class of prescription drugs in the US.

Dr. Harriet Fraad believes Big Pharma has manufactured a climate of insanity by manipulating and even creating illness for capital gain.

“One of the things that drives Big Pharma is to find a diagnosis that is very vague, so that everybody can fall into that,” she told RT. “Everybody is sad sometimes. There are good reasons. The point is to market pharmaceuticals. And the advertising strategy is to have vague diagnosis and then find wiggle room so that they apply to everyone.” read here.

ASK YOUR DOCTOR
if dry mouth, insomnia, sexual dysfunction, diarrhea,
nausea and sleepiness might be right for you!

"I'm looking for an end to giving kids who are sad or distressed, drugs that double their risk
of suicide. I'm looking for the appalling rate of child suicide in my country to be reduced. I
want my son, my only child, to have a legacy and I need to feel I'm still his mother and
promoting his best interests and this is the only way I know how to parent a dead child."
Maria Bradshaw, the mother of Toran Henry and co-founder of Casper 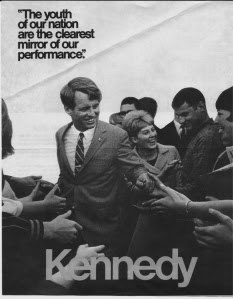