Now obvious: Psychiatry is brute force!
Berlin, 01.17.2013: The Federal Constitutional Court had established in 2011 by two orders of legal certainty with which it has established that coercive psychiatric treatment was indeed practiced everywhere, but in the 63 years since the founding of this republic has never been a fundamental law compatible law, she would have can legalize. In response to all these laws were fundamental and human law illegally ever, psychiatry has now made ​​plain sight, they actually only a rape system, which had been hiding to deceive the public in a Helfermäntelchen and supposedly straight again have reformed. This false facade of "giving" and a "reformist progress" they could no longer be maintained, but had to show their true colors. Their criminal violence grimace Would Give her inner goal would be, this violence in the profession as a socially she applied load been felt and they would have welcomed this exception to the use of violence by joyfully höchstrichterlichem decision.As it was, she had to reveal their true character to decouvrieren, so give it all Camouflage and deception and the immediate restoration of the practice of violence as alleged "necessity" require: for example, in statements DGPPN and DGSP, the psychiatric violence always on hand to assist standing Diakonia and judges of the German Association of Judges. We save a list of other sycophants. The Bundestag is now followed the cries and has obediently adopted fast-track a bill to legalize compulsory treatment. He has all the warnings of legal opinions and letters to all Members* thrown to the wind and systematically violated the provisions of the Federal Constitutional Court.

So this is the second worst legalizing violation of fundamental rights derided for the death penalty by a legal text full of vague legal terms, the Federal Constitutional Court and its demands. The judges in 2011 but explicitly set that a law to establish the circumstances of enforced treatment exactly, did appoint so specific and clearly defined criteria for the application. There should maybe not be left on experts and of arbitrariness, who has to endure with state blessing injury.Simultaneously, the Bundestag has the conditions to the Federal Court in the so-called "recipe judgment" ** was set in 2006 for each of involuntary treatment, completely ignored. More law uncreate safety so the legislature could hardly have and of course, we call upon all concerned to use this legal uncertainty and to deal with legal means to resist, no matter what the cost. We will soon publish it checked by lawyers or professional tips and advice.
But the coercive psychiatry has won only a Pyrrhic victory, for there is the PatVerfue! here


PatVerfue - the smart living will 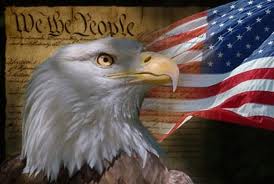 Forced Psychiatric treatment is irreconcilable with
the Constitution of the United States of America
Fundamental Human Rights: Self-determination, Liberty, and Human Dignity

Yesterday the German supreme court of the courts ("Bundesgerichtshof") published it's decision that forced treatment for people under custodianship in psychiatry is irreconcilable with the constitution.
This is a huge progress as this verdict on a federal level excludes the possibility to claim that the forced treatment is done in the best interest of the person in question and the decisions of this court are binding for all courts.

This verdict now spells out what the supreme court for constitutional rights ("Bundesverfassungsgericht") had ruled twice last year on 23.3. and 12.10.2011, when it declared two regional state laws legalizing forced treatment in forensic units and on grounds of "dangerousness to others" as being irreconcilable with the constitution and instantly nil - this court ruled that such danger is prevented by the incarceration, so no forced treatment, meaning bodily harm, can be accepted. I reported about this verdict in a message on 29.04.2011.

Up till now lower courts decided differently on how this decision has to be interpreted for people under custodianship, which sometimes is instantly imposed on somebody in order to use these laws to incarcerate and forcibly treat them.
From today on, also the state prosecution has to follow up any attempt to forcibly treat people in psychiatry, as now there is without any doubt forced treatment bodily harm, regardless of whether a person is allegedly "mentally ill" or not.

The court ruled that if at all possible a new law on the federal level would have to be issued. As the next German election is in 2013, the absolute earliest time for such a new law would be 2014.
But of course we are quite hopeful to prevent any new law, because:
Instead of applying the condition "mentally ill", the new fashion of mental health law professionals is to now try to declare someone as "incompetent" and unable to consent to use that as grounds for the deprivation of human and constitutional rights of the person in question.


But the federal law on advance directives issued on 1.9.2009 applies the rules that for all people unable to consent and explicitly for all illnesses and all phases their will decides about their treatment:
a) if it is in a written form from a time when the person was able to consent, this will is binding for the medical professionals and any custodian or a person authorized in an advanced representation agreement.
b) if there is no written advance directive the previous will has to be estimated on the basis of documents and witness statements - not on an estimated "well being" decided by judges and doctors.

The result is that if a person disagrees to a treatment, a doctor has to provide evidence to a judge that the person in question previously wanted forced treatment and incarceration. This is a patent way to exclude forced medical intervention altogether.

We estimate that the supreme court for constitutional rights understood this paradigm shift by the federal lawmaker and that is the reason why the judges decided after 62 years of our constitution that now all the previous laws on forced psychiatric treatment were unconstitutional. In order to save face they simply did not want to confess that they had ignored the constitutional and human rights of a group of people all the time.

This law on advance directives is also the powerful tool not only to ban forced treatment but also incarceration, via a ban on the medical examinations by a shrink. So we exclude any psychiatric diagnosis with the result that none of the mental health laws are applicable. We use this in our special psychiatric advance directive, the PatVerfue. Please read about it and find the forms we use here: http://www.patverfue.de/en
The "Punk Queen" and performer Nina Hagen is the Patroness of the campaign.

We invite all shrinks of the world to visit German psychiatric wards to inspect how a psychiatry without forced treatment works. This is a great step forward to a non-violent psychiatry everywhere.
Let's celebrate this victory and please confirm to the shrinks in your country that a non-violent medicine is possible and a great goal to aim for. (emphasis mine)


International Association Against Psychiatric Assault
because Human Rights are indivisible