A MadMother: Speaking Truth to Power 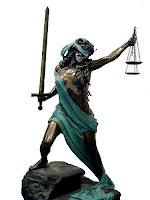 Justice will overtake fabricators of lies and false witnesses.
Heraclitus
email sent at 10:38 am September 10, 2012
to: Senator Curtis King

My blog is getting a tremendous amount of traffic and I thought you would like to see one of the latest posts titled, A MadMother In Pro Per There was also a google search "onus on state employee" which was directed to my blog post titled, Constitutional Rights Violations Committed Under Color of Law in Washington State To say I am disappointed in the abject failure to perform your duties with honor and integrity is an understatement. Your failure has meant that my son was further traumatized by the felonious behavior of Mental Health "professionals" who work for Central Washington Comprehensive Mental Health acting Under Color of Law, with the authority granted to them by the State of Washington's Involuntary Treatment Act, with impunity. I hope you all are proud of the fact you failed to come to the defense of a young man who has regularly been victimized by people who work for the State of Washington and it's contracted service providers ever since he was first victimized by violent assault while in foster care at the age of three years old, when he was beat up and put in a closet. Personally, I think your failure to hold Jeffrey Jennings, psychiatrist, Nancy Sherman, Designated Mental Health Professional, Dan Polage, Deputy Prosecutor, and Jennifer Lesmez, Assigned Counsel, legally accountable for their felony crimes is despicable.

Rick Weaver, you first claimed that the reason Nancy Sherman's forged affidavit wasn't in the Yakima County Superior Court Clerk's office, was because, "She loses court documents all the time." That is slander. That you then claimed there was nothing wrong with shredding all of the original Yakima County Superior Court documents is very telling. It says a great deal about your ethical values, and your integrity (and the lack thereof). That you would actually state that there is nothing wrong with such an egregious violation of the law and failure to comply with Standard Court record-keeping procedures, while you are the CEO of the ONLY community mental health clinic that serves all of Yakima County to provide such services for the State of Washington is evidence of your unsuitability for the job you hold.

David Reed I want you to know that lying to me when I asked you if there had ever been any complaints about civil rights violations being committed in the implementation of the ITA was really stupid. I already knew the answer; I was aware that Governor Gregoire had appointed you to look into the complaints.

Richard Kellogg you informed me on September 13, 2010 that you would be looking into the complaint I filed on my son, Isaac's behalf; you stated that I would be hearing from you---I'm still waiting.

Rob McKenna, you have been aware of this entire situation for almost a year, and have not once responded to my email or phone messages. To say I am disappointed that the State's Attorney General failed to act when the State of Washington obtained a Court Order based on Nancy Sherman's perjured testimony which she supported with a forged affidavit simply means that the State of Washington has no problem when State agents, the designated Mental Health professionals violate State and Federal Law when obtaining Court Orders to involuntarily commit mentally ill people to a psychiatric Treatment and Evaluation facility.

Senator King, and Representatives Ross and Johnson I voted for you and for the AG; I won't be making that mistake again.