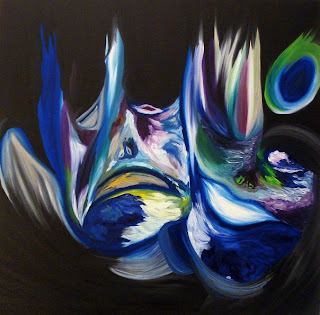 Protocols of torture: The predicted 'holocaust'
On September 3rd 2012, an article under The Hindustan Times speaks of the 'New Bill to Unshackle Mentally Ill Patients'.

It proposed and portrayed a flowery picture of the laws and practices in this so called Independent Nation. However, NAAJMI did not agree to any of the proposals and wrote to the author and editor. We are still awaiting their long due reply to our comments and suggestions.

On September 19th 2012, a 36 year old woman undergoing treatment at the state-run Lumbini Park Hospital was sexually assaulted by the hospital employee.
via Telegraph of India Sexual assault arrest at Lumbini


This is just one in the MILLION cases that are coming out and being heard. Such violence are still going on at many institutions and even homes.

There are round about 400 such institutions blossoming all around this country. All practicing the same. Giving no hope, yet continue portraying the violence and insane acts committed by the mentally ill and nothing about what is committed to them.

What is ECT and what is unmodified ECT?

ECT also known as Electroshock is a psychiatric treatment in which seizures are electrically induced in anesthetized patients for therapeutic effect. Its mode of action is unknown. (WIKIPEDIA)

Unmodified ECT (direct ECT) is a administering electroshock without any muscle relaxants which can cause grave danger and significant amounts of side-effects to the person. WHO has BANNED this form of treatment, yet it is being practiced in many countries INCLUDING INDIA which has a high population of 'mentally ill' owing to the high population of people in the country.

As we all know, disability and mental illness or mental health issues can affect anyone at any point in their lives. The upcoming DSM V has a range of new 'disorders' which can mean any person will be entitled to psychiatric label and to be of 'unsound mind'.
via Disability News and Information Service Incapacity laws: A preliminary analysis shows how laws discriminate against various kinds of disabilities and not just people of ‘unsound mind’!


What does 'unsound mind' mean in lay words?

It means that at the hands of a pychiatric label, any one of us can be robbed off our fundamental rights which are 'supposed' to be guaranteed by The Constitution of India. Being of 'unsound mind', we have no legal capacity, no rights to education, no rights for employment, marriages are held void, no right to choose our treatment options. In other words, we are as good as being dead. The law does not recognize us as 'persons' or 'beings', but merely as a diagnosis. India has ratified the UNCRPD and yet these authority bodies are violating the very granted laws to protect the vulnerable sections of society.

The above ECT advocates state that, unmodified ECT can be used if there are no other alternatives available, etc.

Is this really true that no other ALTERNATIVE EXISTS? or the practitioners REFUSE to encourage alternatives BECAUSE THEY ACTUALLY DO WORK? Is this is a way of keeping a person constantly insane to pool in more financial gains and control and along that process destroy lives?

Who would not be afraid to consult a psychiatrist after this?

Where are the 'good' practitioners and why aren't they heard?

Why have they left out other people in the system who can play an important role in a 'mentally ill' person's recovery? The clinical psychologist, psychotherapist, service providers, alternative approaches, friends, neighbours? The term 'psycho-social' disability indicates that this is a 'social' problem and not an 'individual' problem.

There are loads of money spent on research over the same treatment for many decades now.

The question we should be asking is 'Why have they not considered researching/speaking to those individuals who have 'recovered' or found their way back in society?' Would not these individuals have something to share and provide insights into the true nature of their illnesses and what works?

Perhaps, its the arragonce of such practitioners to keep the mentally insane forever insane and only provide a one way road.

I shudder at the very thought that even though I am recovered and 'functioning', my rights and life can be robbed away at any point. Where do I stand in the case I am forced treated without my consent. Where do some of my friends who are locked away inside find hope in such an atrocious system?

Is there hope in recovery at all?