Who advocates for kids who are told their injuries are diseases?

Mothers are the necessity of invention.
Bill Watterson

I am faced with the reality that my son has been a victim of Crimes Against Humanity, the most likely outcome is that his health will continue to decline... I write my blogs and share our story in the hope that doing so may prevent another child from experiencing the same horrific mis-treatment. It is a duty that is painfully difficult. What was done to my son has had a traumatic impact on all of us. There are times I feel like I don't want to meet anyone else; I have met enough people to last me a lifetime already. 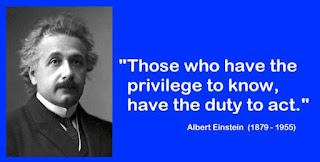 My traumatized child was repeatedly re-traumatized by mental health professionals with seeming impunity. The greatest risks he faces today are the risks posed by mental health and social service "professionals" and their "medical instruments." These systems have no accountability; no interest in holding employees and contracted providers accountable for harm done, even if they commit crimes. This is the system that placed him in what they knew to be a "bad" foster home, and years later allowed him to be used without Informed Consent, in spite of my protests in Federally Funded neuroleptic drug trials that were seeding trials conducted with the purpose of seeking FDA approval for pediatric use of the drugs trialed.

In the interim, between being a victim of violent crime in foster care, and being used as a guinea pig in a state-run  psychiatric facility, he was a Risperdal victim.  His "treatment" broke State, Federal and International Laws, broke my son's spirit and broke my heart. The federally-funded researcher is still in a position of authority, still in a position to harm other children in the same way he harmed my son. The man wrote practice parameters for every diagnosis children in this state are prescribed drugs off label for, and all of them recommend using psychotropic drugs off label, i.e. experimentally.  Children and their parents are told the diagnoses are caused by a disease or genetic defect-- in spite of the fact no actual disease or defect has been identified in the diagnostic process.

This is a story they are told to gain their cooperation to be 'treatment compliant.'  It's a ploy, a method used to coerce and to control. It is the very definition of fraud. Washington State has determined that instead of giving children the care, the understanding and the support they desperately need; we will tell them they have diseases, we will give them drugs that may cause diseases, may disable them, and that may ultimately take their lives. Washington State is dedicated to this mental health "care" model. The state adopted TMAP; and hired John Chiles, MD, who is the author of the schizophrenia portion of TMAP. Chiles was paid $151,284.73 by Janssen, a subsidiary of Johnson and Johnson, the makers of Risperdal and one of the companies involved in developing TMAP. Washington State hired Chiles after the nature of TMAP was known; after TMAP had been discredited.

TMAP is a marketing scheme, not an Evidence-Based practice.

I continue to write my blogs and do what I can to draw attention to the fraud and corruption behind psychotropic drugs in general, psychiatric abuse and what was done to my son; I am hoping it will prevent the same thing from being done to anyone else. The systemic flaws and public policies which allowed and even caused the horrific mistreatment my son, remain unchanged. The crimes in which my son was victimized have never been investigated by Law Enforcement; not a single one of the  perpetrators has been held legally responsible, or experienced any consequences for their conduct. I can't help but worry about the kids who are abused, neglected and traumatized who end up in state care needing help for dealing with the reality of what has happened to them. How can not having their needs met or being abused give a kid a disease? Compassion, kindness, unconditional love i.e. providing for physical, emotional and security needs consistently is therapeutic treatment.

Who advocates for kids who are told their injuries are diseases?
A MadMother