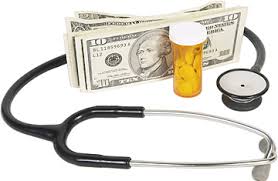 Irish medicines up to 24 times dearer than in New Zealand

PAUL CULLEN, Health Correspondent
Thursday, November 29, 2012
Commonly used medicines cost up to 24 times more in Ireland than they do in New Zealand, according to a report commissioned by the Department of Health.

The report compared the prices of the top 10 drugs used in the medical card schemes in Ireland with prices in New Zealand and found that only one was slightly cheaper in Ireland. here