Doctors of the Darkside: "Where were the doctors? Why hadn’t they protested?" 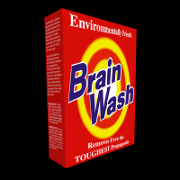 This video describes the troubling role of psychologists and the American Psychological Association (APA) in the harsh interrogations and torture of detainees at Guantanamo Bay and other national security settings. The information presented was obtained from official reports and other now-public documents.
To support change, please share this link. Also, please read and share the "Reclaiming Our Profession: Psychology Ten Years After 9/11" statement for the Coalition for an Ethical Psychology at http://www.ethicalpsychology.org

via People's Blog for the Constitution:
Doctors of the Dark Side examines how doctors and psychologists helped the Bush administration torture detainees. Directed by Martha Davis, the film is bolstered by critically acclaimed talent. Mercedes Ruehl, best-known for her Oscar winning performance in The Fisher King, narrates, while Doctors of the Dark Sideis written by Mark Jonathan Harris, a three-time Academy Award winner renowned for his documentaries about the Holocaust.

Fittingly, the movie opens with footage of the Nuremberg Trials. After World War II, the United States held medical professional accountable, unlike this past decade, which has seen shameful disrespect for the rule of law. In 1946, 23 leading German physicians and administrators were charged with abetting war crimes. 16 were found guilty. Of those, seven were executed.
In stark contrast lies the actions of the Bush administration. Jay Bybee and John Yoo drafted the Department of Justice Office of Legal Counsel (OLC) memos that justified so-called “enhanced interrogation” techniques. Yoo once even argued that the president had the authority to torture anyone, even if it involved crushing a young boy’s testicles. However, these interrogations could only be justified if medical professionals were on-site and their methods did not cause “severe pain.” A sign at a prison operated by the Joint Special Operations Command was even more blunt: “NO BLOOD, NO FOUL.”
Doctors and psychologists who were involved with torture at Guantanamo Bay and other American detention sites, legitimized physical assault and extreme physical and psychological stress on detainees. According to Kristine Huskey, “those dark days are not far behind us, and they will be in our future if no one speaks out or acts  against such policies.” But if medical professionals refused to cooperate, these “enhanced interrogations” could no longer be justified.
In the film, retired Brigadier General Stephen Xenakis, MD, elaborates on how this rejection could have led to a “curtailment” on torture:

Had the senior physicians come out forcefully and more or less unified that clinical practitioners were not going to participate in or condone any of these practices, that there could have very likely been at least a curtailment and a serious limitation of their happening.

Leonard Rubenstein, JD, former president of Physicians for Human Rights, is even more blunt: “Where were the doctors?…Why hadn’t they protested?”
Doctors uses standard documentary methods such as interview clips, but the film truly excels with its staged demonstrations of torture. Prisoners are waterboarded, slammed against walls, and locked in pitch-black cages. While these scenes don’t show any blood, they’re still agonizing to watch. Add in Ruehl reading the OLC’s detailed descriptions of how to torture someone, while doctors act as willing accomplices and Doctors of the Dark Side can seem like a Kafkaesque horror flick. 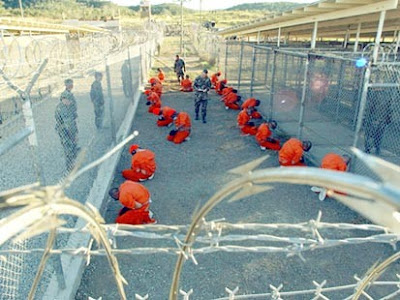 Yet the film never neglects the human element. Doctors of the Dark Side centers around the victims of torture, revealing distressing details about US foreign policy. For me, the most gripping narrative involved Daniel King. In 1999, Petty Officer and Navy cryptanalyst Daniel King was finishing a tour of duty on Guam when he took a polygraph test. Standard procedure.
But this time, the test found “inconclusive” results. On the basis of no other evidence, the Navy charged King with espionage. The man who proudly served his nation for more than two decades was now forced to endure interrogations that lasted up to 19 hours straight. Breaching medical ethics, King’s assigned psychologist, Dr. Michael Gelles, even acted in concert with the interrogation.
Ultimately, King was detained for 520 days. In the end, the Navy dropped all charges against King and he was honorably discharged. As for Dr. Gelles, he was assigned to Guantanamo Bay. But incredibly, Dr. Gelles even served on a task force by the American Psychological Association that found ”enhanced” interrogation could be “safe, legal, ethical and effective.”
While many of the worst practices at Guantanamo have ceased under the Obama administration, Doctors of the Dark Side notes that those who abetted torture have yet to face any accountability.Unfortunately, Doctors of the Dark Side has a very limited release. However, groups can request to host a screening. This is a poignant documentary about how the war on terror became a war of terror. Or as Friedrich Nietzsche once wrote in Beyond Good and Evil:
Whoever fights monsters should see to it that he does not become a monster.
And when you gaze into the abyss, the abyss gazes into you.

via Physicians for Human Rights:

Doctors of the Dark Side gives a human face to an issue that many do not want to confront. As demonstrated in the film, and as further described by PHR in, Broken Laws, Broken Lives, medical professionals implicitly or explicitly authorized the torture that occurred at Guantanamo, including practices such as isolation, sleep deprivation, forced nakedness, severe humiliation and degradation, and sensory deprivation. This must-see documentary confirms the need to strengthen through state legislation professional ethical standards by prohibiting health professionals’ participation in torture, abusive treatment and interrogation.

via Aljazerra:
Will US personnel ever face torture charges?
Any attempts to prosecute those responsible for the torture
of prisoners under George Bush have been dropped.