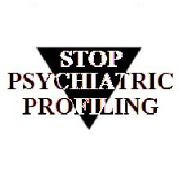 "The salvation of our world lies in the hands of the maladjusted."
Martin Luther King, Jr.
via Occupy Psychiatry:


Day of Action to Stop Mental Health Profiling 1/21/13 MLK Day
*To protest the scapegoating of people labeled with mental illness by politicians, media, gun control advocates and the pro-gun lobby

:In particular to protest the "NY SAFE Act" pushed through NY's legislature and signed by Gov Cuomo, which expands state and federal criminal databases of people labeled as mentally ill, unconnected to any actual crime or act of violence, and expanded outpatient commitment (forced drugging in the community)
:To protest any discriminatory proposals coming out of Vice President Biden's Task Force

*To invoke our connection to Martin Luther King Jr. and the values and traditions of nonviolence:

:We are a nonviolent community
:Many of us have been traumatized by violence and do all we can to stop it
:We are being labeled and profiled wrongly as violent, because of the actions of a few individuals
:Forced psychiatry is violent
:The new laws being enacted - in NY and likely at the federal level and in other states - will further restrict our civil liberties and constitutional rights
:We are protesting nonviolently for our civil and human rights

("Creative Maladjustment" comes from several of King's speeches, including a 1967 speech of King to the American Psychological Association where he called for an International Association to Advance Creative Maladjustment, see http://www.psychologytoday.com/print/53556. David Oaks and MindFreedom International have taken up this call as part of the Mad Pride movement, http://www.mindfreedom.org/kb/mental-health-global/iaacm. We honor David and wish him well in his recovery from serious injuries and surgery.)

On Martin Luther King Day, January 21, 2013, people everywhere are invited to hold demonstrations, vigils and any other nonviolent acts of expression and protest, to inform the public about our point of view and gather in solidarity. 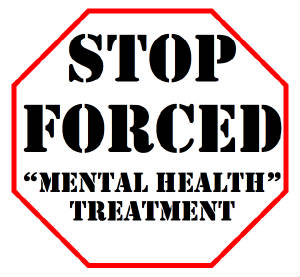