The Experts: The American Psychiatric Association Department of Government Relations, Assessing the Risk for Violence and Access to Firearms 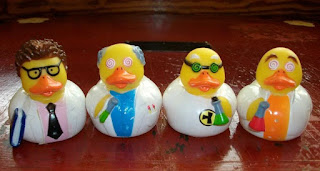 No one should be surprised that the "experts," in the American Psychiatric Association do not have any plan, "Policy" or "Position Statement" on how the APA will act to mitigate the risk for violence caused by the adverse effects of the psychotropic drugs they use off label without any valid indication the drug will treat the symptom it is being prescribed to treat...In fact, there is no mention that the drugs they use are a factor in many school shootings. Obviously, the APA does not use all of the relevant information available when offering "expert opinions" on Public Policy. It is unprofessional and unethical for a psychiatrist, let alone a group of them, to use incomplete and biased information when offering a professional opinion. Psychiatrists offer professional opinions to people seeking treatment, to educate child-serving professionals, and the general public; and psychiatrists provide "expert" opinions on Public Policy.

The risks inherent in each of the contexts psychiatrists offer a "professional opinion" are serious; and potentially fatal. Apparently, the APA is not capable, or is simply unwilling to be honest. If it were honest, the APA would not pretend there is no elephant in the room, e.g. the adverse effects of psychotropic drugs. The adverse effects of the drugs must be considered in every honest discussion about the treatment of psychiatric diagnoses, and people who have a psychiatric diagnosis who have violent and aggressive behaviors. It's not possible to offer an "expert opinion" or make a treatment recommendation without dicussing the known risks of following a treatment recommendation. It is unethical to provide misleading and inaccurate information about drug risks. 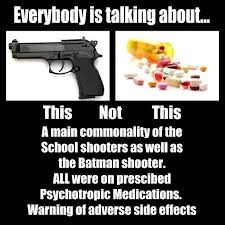 
Statement of Paul S. Appelbaum, MD
Representing the American Psychiatric Association
January 9, 2013
The American Psychiatric Association (APA) appreciates this opportunity to submit comments to the Gun Violence Task Force. I am Paul Appelbaum, a former president of the APA and the Dollard Professor of Psychiatry, Medicine & Law at Columbia University. I have spent several decades studying violence and mental illness, and thinking about systemic issues in the delivery of mental health care.

Thus, America’s problem with violence is not mostly a mental illness problem. Whatever is done to reduce violence among the mentally ill will have only a small impact on the overall rate of violence, including firearm violence. That is not an argument for inaction, but it does suggest that focusing on people with mental illness alone is not likely to be a successful strategy for gun violence reduction.

However, the Newtown tragedy—coming so soon after the mass shootings in Tucson and Aurora—has opened a discussion about how we might improve the treatment of mental illness. Given the great needs for improved delivery of care for mental illnesses, this is too important an opportunity to allow it to pass. We may currently have an opportunity to begin rebuilding a system of care that has been decimated over the last several decades by the progressive withdrawal of resources in both the private and public sectors. As the task force heard, public sector appropriations alone have dropped by $4 billion dollars over the last 4 years.

In response, I would like to suggest 4 approaches to this issue that I think are worth of attention.

1) Appointment of a Presidential Commission to Develop a Vision for a System of Mental Health Care – It is a truism in discussions about mental health in America that no real system of care exists. Evaluation and treatment are difficult to access, often unaffordable, and fragmented across a variety of providers and payers. Families of children with mental illness in particular can recount horror stories of their efforts to find someone to treat their loved ones. Transitions from inpatient to outpatient treatment often result in patients falling through the cracks, and mental health and general medical treatment are rarely coordinated. Substance abuse treatment frequently takes place in an entirely different system, again with little coordination with mental health care. Auxiliary interventions of the sort essential to many people with serious mental illnesses—supported housing, employment training, social skills training—to the extent that they are available, may be offered through other agencies altogether. Our mental health system is a non-system.

The last major reconceptualization of how to deliver mental health care in this country began in 1955 with an act of Congress that resulted in the appointment of the Joint Commission on Mental Health. The Commission’s report, Action for Mental Health, provided a vision of a community-based mental health treatment system that included preventive and supportive services, along with community outreach and education. This vision helped to motivate the downsizing of large state hospitals and in 1963 culminated in the passage of the Community Mental Health Services Act. The Act envisioned the creation of a network of mental health centers spanning the country, so that every citizen would have a single point of access to the care they required.

Unfortunately, fewer than half of the centers envisioned were ever built, and adequate support for their operation was never provided. The promise of an effective community-based system of care was unfulfilled. But the Act represents the last thoroughgoing effort to conceptualize what a system of mental health care for all Americans should look like. We are now 50 years later, in a different world, for which a different vision may be required. However, the essential notion of having an integrated system of care is too important to relinquish. President Obama has the opportunity to initiate a process that would think creatively about the how a genuine system of mental health care could be created today. Establishment of a Presidential Commission to propose a vision for the mental health system and suggest realistic steps to implement that vision could be a landmark contribution. It would shape the next half-century of mental health and constitute a positive legacy from the tragic events that led to the creation of this task force.

2) Creating a Mechanism for Facilitating Response to Key Mental Health Issues – In addition to the long-term issues regarding mental health care that a Commission could address, there are a large number of more immediate concerns. These range from ensuring that the implementation of the Affordable Care Act operationalizes the promise of parity for mental health treatment to reintegrating returning Iraq and Afghanistan veterans with their high rates of post-traumatic stress disorder (PTSD) and traumatic brain injury. Response to these issues by the Administration would be facilitated by the designation of a member of the White House staff as the point person (perhaps a “mental health coordinator’”) for mental health issues as they affect domestic policy. Such an appointment would also be seen as a strong statement about the importance that the Administration places on mental health issues.

3) Improving Early Identification of Young People with Mental Health Problems – Many of the organizations represented at this meeting emphasized the importance of early identification and treatment of children and adolescents with mental health problems. The need for such mechanisms has been underscored by the murders in Tucson, Aurora, and Newtown, among similar tragic events, which frequently have been carried out by troubled adolescents and young adults who have not received necessary mental health care.

Fortunately, the American Psychiatric Foundation, an arm of the APA, developed in the wake of the Columbine shootings a highly effective program for outreach to schools called Typical or Troubled?® School Mental Health Education Program that trains teachers to distinguish between students who are “just being adolescents” and those manifesting early signs of mental disorders. Typical or Troubled?® has trained staff in 500 schools across 38 states, and recently developed a culturally competent Spanish version of the program. It could serve as a model for early identification programs of the sort that should be available in every school. I left information about Typical or Troubled?®with Ms. Feldman of the Vice President’s staff, but we would be delighted to provide further information about the program if that would be helpful.

4) Sensible, Non-Discriminatory Approaches to Keeping Firearms Out of the Hands of Dangerous People – While we attend to meeting unmet mental health treatment needs, consideration also needs to be given to concrete approaches to restricting firearms access for persons who are likely to use those guns to harm themselves or others. Nearly 20,000 gun suicides occur in the U.S. each year, and guns are used in over two-thirds of all murders. Much of the public’s attention has been focused on means of limiting access to guns by people with mental illnesses. However, as is clear from the statistics cited earlier, people with mental illness account for approximately 4% of violence in the U.S. Thus, focusing on this group is not likely to be a highly effective strategy, and runs the risk of reinforcing the stigmatizing association in public perceptions between mental illness and violence.

In contrast, an Indiana statute provides an alternative approach. Indiana empowers law enforcement officers to seize weapons from persons who by their behavior indicate a likelihood of committing violent acts. One provision addresses people with mental illness, but a second does not require that the person be mentally ill. A judicial hearing follows within a prescribed period of time at which the state bears the burden of proof that the weapons should not be restored. Evaluation of the statute’s operation has shown that although a majority of people whose weapons are seized are perceived to have a mental illness (though they are far more often believed dangerous to themselves than to others), many are not. The latter include people involved in substance abuse, domestic disputes, and other behaviors presenting a serious risk of violence. Although there is no single cure-all for the problem of violence, Indiana’s law (Connecticut has a somewhat different statute that requires a court order for seizure) offers a model for a commonsense approach to reducing the risk of gun violence that does not overtly discriminate against people with mental illness. (See Indiana Code, Title 35, Article 47, Chapter 14)

– APA Operations Manual.
This position statement was proposed by the Workgroup on Violence Risk of the Council on Psychiatry and Law. During their careers most psychiatrists will assess the risk of violence to others. While psychiatrists can often identify circumstances associated with an increased likelihood of
violent behavior, they cannot predict dangerousness with definitive accuracy. Over any given period some individuals assessed to be at low risk will act violently while others assessed to be at high risk will not. When deciding whether a patient is in need of intervention to prevent harm to others, psychiatrists should consider both the presence of recognized risk factors and the most likely precipitants of violence in a particular case.
The members of the Workgroup on Violence Risk are Alec Buchanan, M.D. (Chairperson), Michael A. Norko, M.D., Renee L. Binder, M.D., and Marvin Swartz, M.D.