Antipsychotic Use by Medicaid-Insured Youths: evidence of criminal prescribing practices

The more drugs you've been given, the more brain tissue you lose. What exactly do these drugs do? They block basal ganglia activity. The prefrontal cortex doesn't get the input it needs and is being shut down by drugs. That reduces the psychotic symptoms. It also causes the prefrontal cortex to slowly atrophy.
~ Dr. Nancy C. Andreasen, New York Times, Sept. 16, 2008

ARTICLES   |   March 01, 2013
Antipsychotic Use by Medicaid-Insured Youths: Impact of Eligibility and Psychiatric Diagnosis Across a Decade
Julie Magno Zito, Ph.D.; Mehmet Burcu, M.S.; Aloysius Ibe, Dr.P.H.; Daniel J. Safer, M.D.; Laurence S. Magder, Ph.D.
Psychiatric Services 2013; doi: 10.1176/appi.ps.201200081
Author and Article Information
Dr. Zito and Mr. Burcu are affiliated with the Department of Pharmaceutical Health Services Research and Dr. Magder is with the Department of Epidemiology and Public Health, University of Maryland, 220 Arch St., Room 01-216, Baltimore, MD 21201 (e-mail: jzito@rx.umaryland.edu).Dr. Ibe is with the School of Community Health and Policy, Morgan State University, Baltimore.Dr. Safer is with the Department of Psychiatry, Johns Hopkins University, Baltimore.
Copyright © American Psychiatric Association
a couple of excerpts:
Conclusions
"The expansion of antipsychotic medication use from 1997 to 2006 among Medicaid-insured youths was most prominent among those qualifying with low (SCHIP) and very low (TANF) family incomes. This was the case even though the most impaired youths—those in foster care or those receiving SSI—had distinctly higher levels of antipsychotic drug use within each study year. Factors contributing to this antipsychotic use pattern included the expanding SCHIP and TANF populations, the increased use of antipsychotics among youths enrolled in SCHIP and TANF, and the increased use of antipsychotic medication for behavior disorders over the decade. Likewise, although youths with diagnoses of schizophrenia and other psychotic disorders and pervasive developmental disorders had the highest rates of antipsychotic medication use, youths with externalizing behavior disorders far outnumbered those with these less common conditions and constituted the largest group of utilizers of antipsychotic medications."
"Methods: The authors analyzed computerized administrative claims data for 456,315 youths aged two to 17 years who were continuously enrolled in Medicaid in a mid-Atlantic state in 1997 (N=159,171) and 2006 (N=297,144)."

In 1997 a total of 615 kids with no diagnosis were prescribed neuroleptic drugs in this sample. More than twice as many kids, a total of 1,481 were prescribed a neuroletic drug in 2006, despite the fact they had no psychiatric diagnosis which would indicate a need for such a prescription! 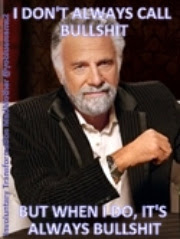 What the above represents is only a small percentage of the number of fraudulent claims which were submitted to Medicaid for payment, i.e. fraud. Obviously, the civil and criminal penalties paid by the pharmaceutical industry for illegally marketing these drugs is not going to stop the fraud. The unethical medical practitioners are defending their "professional privilege" to use these drugs absent evidence the drugs "treat" the conditions the drugs are prescribed off label for. It is the prescribers whose unethical prescribing of these teratogenic drugs to children are guided by the APA and AACAP practice parameters and treatment algorithms who must be stopped.  Standard practices originally protected patients, now they serve to protect the unethical behavior of the professionals who use them as an affirmative defense for what is not only medical malpractice, but Human Experimentation; the current standard in mental health care for kids on Medicaid.

@allenfrancesmd It doesn't explain the lack of #medicalethics it takes to Rx drugs that cause a myriad of neurological cognitive impairments
— Becky (@yobluemama2) March 8, 2013


PRESCRIPTION PSYCHOTROPIC DRUG USE AMONG CHILDREN IN FOSTER CARE

Special thanks to Methodius Isaac Bonkers of Bonkers Institute of Nearly Genuine Research for the graphic and the quotes at the beginning of this post.


FAIR USE NOTICE: This may contain copyrighted
(C) material the use of which has not always been specifically authorized by the copyright owner. Such material is made available for educational purposes, to advance understanding of human rights, democracy, scientific, moral, ethical, and social justice issues, etc. It is believed that this constitutes a 'fair use' of any such copyrighted material as provided for in Title 17 U.S.C. section 107 of the US Copyright Law. This material is distributed without profit.