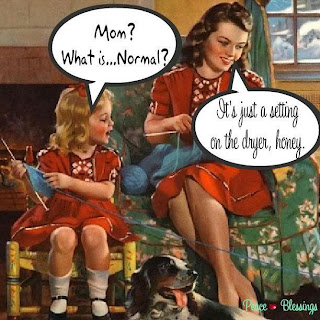 Met a new doctor today.  He looked me right in the eye and said it wasn't the drugs causing cognitive impairment. I stood up to leave. I have decided that I can not listen to any more lies or half truths told to me by a psychiatrist.


My son has been on three drugs that are known to cause exactly what is happening to his overall health--my son has been disabled by the drugs. When he was put on the drugs he takes daily, none of  threm were approved for pediatric use, or for the reasons recorded in his medical record for their prescription, a research psychiatrist. Billing Medicaid for them was fraud.


The year he turned 13 my son was given an obscene amount of drugs. Two of the neuroleptics trialed  were eventually approved for pediatric use in December 2009.  One still isn't approved for people under the age of 16, and that is the one he was put on at the highest dose when he was 13. The other two that have been daily meds since then as well; were  prescribed off label, for a purpose not FDA-approved, and fraudulently billed to Medicaid.


Prior to the being prescribed Clozapine--which is still not approved for adolescents under the age of 16;  he was prescribed 2 older antipsychotics, Moban, Thorazine, Abilify, Seroquel, Zyprexa, and Risperdal; at one time three of these neuroleptics were prescribed concurrently. He also was prescribed Cogentin for the horrifying negative effects.


Zyprexa and Seroquel were not approved until December 2009 for pediatric use. Depakote is not approved to use, "for aggression." The benzo?  Oh, that is a highly addictive anti-anxiety medication not approved to use to "control impulses," which is why it was prescribed to my son; it is also a drug that is recommended for short-term use only. Prior to his crisis in the summer of 2010, my son had been over several months slowly tapered off of it. It was a horrendous withdrawal, but he got through it.

When he was an inpatient as a result of his crisis, the quack who was his "attending" psychiatrist, Jeffery Jennings, decide he needed to be put back on it at twice the dose he had been withdrawn from!  He consulted no one--not my son's gp, his current treatment team, care provider/mother or his brother. The ducktor had this information: my son had been taken off the benzo to lessen the risk of additional cardiac damage; and he had the contact information for all of his current providers, his brother and myself; and yet he spoke to no one who knew Isaac in the eight days he "treated" him as an inpatient.


Sometimes I feel like all of these events have broken my heart in ways that cannot heal. I believe in the power of love, and know that people recover in spite of tremendous odds. I believe in Divine Intervention and in the power of prayer. I know I will never stop doing what I can to help my son recover from the ongoing psychiatric assault he is experiencing; and that he has experienced the majority of his life. I hope he can regain some self-confidence. I hope he will have reason to one day trust people other than family. I hold onto hope, believing my son will come to know there is reason to.


May Each And Every One Of Us:
Shower The People