Who Lacks Insight in Washington State? 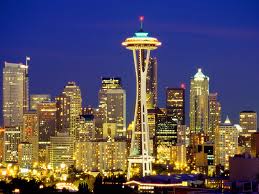 Seattle Times columnist, Nicole Brodeur, recently wrote about an innovative project jointly operated by MultiCare Health System and OptumHealth Pierce Regional Support Network to bring primary health care to the people who receive mental health services at Community Mental Health Clinics in Pierce County.  Awesome idea and the program is reportedly successful and cost efficient, which is not surprising.  I am however disappointed that a columnist at the State of Washington's largest newspaper missed the opportunity to inform the public more accurately about some things she mentions.


The cost savings was mentioned, as an obvious advantage to the taxpayer; better health care for those who used the mobile unit since they are at an increased risk for illness and co-morbid conditions like diabetes and heart disease--and as Nicole also mentioned, early death.  She stated that the people who receive care at Community Mental health clinics, "die on average 25 years earlier than the rest of us due to lack of care according to the National Association of State Mental Health Directors."   The statistic is accurate the reason cited however, is only part of the truth.

In the only study thus far to ask , "Why are people with a diagnosis of schizophrenia dying so much earlier?" The answer: the neuroleptic drugs they are prescribed to "treat" their schizophrenia is causing them to die sooner.  After adjusting for lifestyle issues and co-morbid conditions like diabetes and obesity, which incidentally, are actually conditions the drugs are known to cause; people who are diagnosed with schizophrenia die young because of the drugs themselves.


The study took place in Finland, and was published in the British Journal of Psychiatry, it states, "It has been claimed that the contemporary high natural mortality in schizophrenia results from a variety of lifestyle factors (Brown, 1997; Mortensen, 2003). Of these factors we were able to consider several (smoking, exercise, body mass index, blood pressure, serum total and HDL cholesterol), but not all (e.g. dietary factors). However, after adjustment for these factors the excess mortality of people with schizophrenia persisted. Similarly, comorbid somatic diseases did not account for the mortality. Obviously there are other factors associated with mortality in schizophrenia and the association with neuroleptic drugs was very clear. This remained after adjustment for many different potentially confounding factors." (emphasis mine)


Now it has been reported the news that the new much more expensive "Atypical" neuroleptics are no more effective than the older drugs and they all cause diabetes, heart disease and tardive dyskinisia, and a range of other health problems, and since they cause brains to literally shrink---they cause cognitive and intellectual decline as well.  So, this really begs the question "Why has the State of Washington allowed the "medical model" of mental health care to predominate?"  This erroneous approach to "helping the mentally ill" in all reality has devastated the Medicaid budget.  Even so, "advocacy" groups (pharmaceutically funded and 'advised') have successfully lobbied for stricter Involuntary Treatment laws--to force people to take drugs which according to the latest evidence are ineffective; and cause a wide range of physical and neurological illnesses.   In effect, Washington State's Mental Health Division and the State Legislature have allowed special interest groups with obvious Conflicts of Interest to be the driving force in the "mental health transformation;" and to bankrupt our social service system.


One of the premises behind the Involuntary Treatment Act including the "Program for Assertive Community Treatment," is that the people who have a diagnosis of schizophrenia lack insight and this is why they will not take the drugs willingly, and have to be forced under court order to do so--Another premise is that the drugs have risks, but are effective.  Well, we know now that the scientific data shows that the drugs are not effective for the majority of people with schizophrenia.  The  new "Atypical" neuroleptics  are not safer or more effective, just much more expensive.  The old and the new neuroleptic drugs cause physical illnesses and neurological disabilities; and many people with a diagnosis (even if they do lack insight!) are aware of both adverse effects and the increased mortality.  Since many people with a diagnosis of schizophrenia do not lack the capacity to feel their own bodies, they notice the deleterious effects they experience; and since the majority are not blind either, they notice when their friends die young.


The American people have been sold a bill of goods by unethical psychiatric researchers and the pharmaceutical industry, who have colluded to commit massive Medicaid and Medicare fraud, lied about what is known about the etiology and pathology (or lack thereof) of mental illnesses; and lied about the safety and efficacy of the drugs used to treat them; it is  obvious to me that people with a diagnosis of schizophrenia are not the only ones who may be lacking insight.


Willful blindness, and society's collective lack of insight is victimizing far more people with a psychiatric diagnosis than it is helping; I'd be willing to bet on it.

This warning of course comes from agencies such as NIMH, part of a federal government that continues to try to spend itself into prosperity.

How many of their own labels have they earned over the years.... Where the hell would we begin to "diagnose" this field of "medicine" known as psychiatry (a mis-nomer by the way, the field has no spirit, no "psyche"... just drugs... lots and lots of drugs)

Back to the DSM.
Labels.

Considering the injury and death, the lack of remorse on the part of psychiatry, I'm tempted to go with "Sociopathic."

Psychiatry is a sociopath.
No conscience.

Duane,
I appreciate the observation. As far as labeling the psychiatrists I have known personally, criminal is a more appropriate label. Whether any of them could have a psychiatric diagnosis applied, does not matter...The Institutions of Higher Learning have been teaching lies for decades--teaching students of psychiatry a false history of their profession. There are I know those who still see and knowing that helps, most of the time. A human who is willfully blind is a dangerous animal, a group of them comparing impressions and opinions and determining that their collective opinions make a truth that is grounded in Science...and call it medicine.

"A nation can survive its fools, and even the ambitious. But it cannot survive treason from within. An enemy at the gates is less formidable, for he is known and carries his banner openly. But the traitor moves amongst those within the gate freely, his sly whispers rustling through all the alleys, heard in the very halls of government itself.

For the traitor appears not a traitor; he speaks in accents familiar to his victims, and he wears their face and their arguments, he appeals to the baseness that lies deep in the hearts of all men. He rots the soul of a nation, he works secretly and unknown in the night to undermine the pillars of the city, he infects the body politic so that it can no longer resist. A murderer is less to fear." Cicero