Does Francis Collins, Director of NIH know he works for the American people? 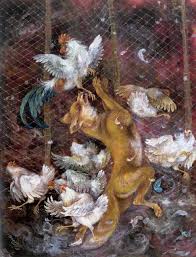 In a move very similar to the one the FDA made when it discovered that drugs approved based on phony documents and scientifically invalid results from Cetero Research;, the NIH has failed to make any changes that will benefit the America people in it's efforts at Ethics Reform.


via: Project on Government Oversight:

By PAUL THACKER and NED FEDER

After almost four years of horrible press over medical research tainted by conflicts of interest, the National Institutes of Health (NIH) was presented with a great opportunity to make fundamental changes to their rules, increase transparency, and strengthen public trust in taxpayer-funded research.
Instead, they stepped up to the plate...assumed a power stance...and struck out.
The NIH released its final rule today, and gone are the provisions that would’ve injected some much-needed transparency into taxpayer funded research.
Here’s how they could’ve written the rule to hit a home run:
Before disbursing federal funds to an academic researcher, the university must disclose that researcher’s outside income and a plan to manage the researcher’s conflicts of interest. Both the outside income and the management plan will be posted on the NIH RePORTER website, which details other information about the grant. read the rest  National Institutes of Health New Ethics Rules: A Swing and a Miss
via Health Care Renewal:

a couple of excerpts from Bernard Carroll's article:

"A second failing is that the revised regulations do not close the regulatory loophole through which Charles Nemeroff strolled when he moved from Emory to the University of Miami.


"If it is left up to compromised federal bureaucrats like Thomas Insel, and institutional administrators like Pascal Goldschmidt at Miami, then nothing has changed. It's business as usual, folks."   read the entire article here.

As I understand it:
We expect the fox to guard the hen house...
after he's killed half of the hens...

Why is it that Collins and Insell (among others) do not seem to realize it is the American people that they work for?


More from POGO:
New NIH Rules on Conflicts of Interest