Do neuroleptics like Seroquel and Risperdal, have a valid medical purpose used "off-label"? 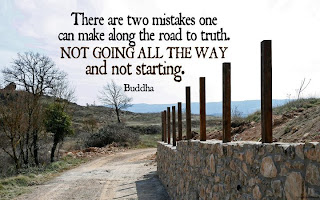 "In 2008, the FDA declared that powerful antipsychotics such as AstraZeneca (AZN)’s Seroquel were being over-prescribed and started a monitoring initiative to curb their use. It hasn’t worked, judging by an analysis of the FDA’s adverse event database by the Institute for Safe Medication Practices.

the adverse event data show quetiapine [Seroquel] has become a general purpose psychiatric drug with most reported injuries occurring outside its core indication for treatment of the most severe mental disorders, schizophrenia and psychosis.

In the off label category more than half the cases were for sleep disorders and insomnia. The next largest group was anxiety, and the remainder was divided among many other medical uses including autism, panic attack, headache, restlessness, nervousness, dementia and agitation.

The report is yet another in a series of publications from a variety of sources that suggest some psychiatric doctors are abusing their patients with Seroquel. In addition to the FDA’s 2008 declaration, consider:

Florida’s Department of Juvenile Justice — which houses kids with criminal records — buys twice as much Seroquel as ibuprofen.
The military’s spending on Seroquel increased sevenfold since 2001 as veterans’ doctors prescribed it for insomnia and post-traumatic stress disorder.
Seroquel isn’t approved for children under age 13 but there are plenty of researchers studying it in kids anyway. read the whole article here.

There is no empirical data which supports neuroleptic drugs for anything other than symptoms of psychosis; and even for psychosis, neuroleptic drugs do not effectively treat or alleviate the symptoms of psychosis for the majority of patients to whom these dangerous drugs are prescribed. Only a minority of patients experiencing psychosis benefit from taking neuroleptic drugs ( around 26% ). This is a significant minority of patients, but this fact begs the question, "Why are people being Court Ordered to take drugs that have serious risks when we KNOW that only a minority will experience benefits that will justify the serious risks?" There is simply no humane, ethical, moral, philosophical, religious, much less, "medical" explanation for it at all. It appears to be a decision that primarily serves the financial interests of the drug industry.

There is no clinical trial or anecdotal "evidence" which would support the widespread use of neuroleptics; or any other psychiatric drug, "off-label" for any symptom or diagnosis. Why are they being used so indiscriminately? Using dangerous and ineffective "treatments" is not in any of the patient's interest. Continuing to "treat" our Veterans, children and elderly with teratogenic drugs that have the risk of causing serious iatrogenic illnesses violates the Ethical Guidelines for Informed Consent of the American Medical Association, Human Rights, Individual Rights under the Constitution of the United States and the Nuremberg Code. Continuing to conduct trials in hopes of validating current clinical practices; instead of developing clinical practices from the data derived in clinical trials; is unethical. Prescribing practices are not derived from clinical trial data, but are often contradictory to the clinical trial data. Nothing in the "evidence base" supports prescribing neuroleptics as a "first line" treatment for any diagnosis.

The rampant "off-label" use of Seoquel and other neuroleptic drugs, continues unabated. The drugs are continuing to be referred to as "anti-psychotics" in spite of the fact that they are used for behavioral issues in children, dementia in the elderly, for depression, anxiety, as a sleep aid, and for PTSD. The rampant "off-label," e.g.: EXPERIMENTAL, use of neuroleptic and other psychiatric drugs, all of which are teratogenic, with serious risks including both sudden and early death. These risks are much greater for children and the elderly: drugs prescribed for approved and unapproved uses are literally killing patients...Kids, Veterans and the elderly are being treated to death. It just isn't right.

from The New York Times:

"Drugs widely prescribed to treat severe post-traumatic stress symptoms for veterans are no more effective than placebos and come with serious side effects, including weight gain and fatigue, researchers reported." (emphasis mine)

The fact is, the VA/DoD, already was aware that pharmacotherapy with ANY combination of psychiatric drugs is ineffective "treatment" for PTSD.

The finding that drugs are ineffective treatment of PTSD is not news...The real question is: why are drugs with a risks of dependence, permanent potentially disabling iatrogenic illnesses and fatality continuing to be used widely as the first-line treatment for PTSD?

"The VA/DoD list of "insufficient evidence" medications is seen as a nod toward the Institute of Medicine (IOM), which in October 2007 released an influential review of the research evidence on PTSD treatments. The report concluded that the strongest evidence of efficacy is for exposure-based therapies, and that there is also some evidence for cognitive restructuring, teaching of coping skills, and eye movement desensitization and reprocessing. But as for pharmacotherapy, the quality of the studies up to that point was so flawed that the IOM panel concluded that no evidence-based medication exists for the treatment of PTSD."

Read the article in Clinical Psychiatry News or here