Could it be the influence of 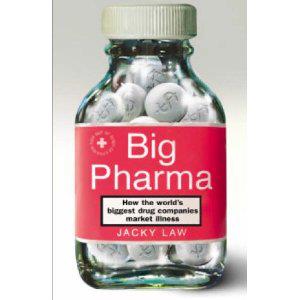 
In today's post,  the hell where youth and laughter go… the  doc shares what is bothering him about  a speech Thomas Insel, Director of NIMH gave at the Royal Society in London on August 31.  I'm thinking it should bother everybody greatly that Insel the leader of our Nation's research unit for mental illness has so far shown himself to be A BAD DOCTOR,  and lousy scientist without ETHICS or a clue about Evidenced-Based medicine...


The whole post is worth your time I am sharing the most important part:

"His whole speech had been about clinical neuroscience and future breakthroughs – a plea for more brain research. But when he uses the fact "that suicide killed more soldiers in the US military than enemy combat" to make his point, my mind calls "foul!". I see that piece of information as an indictment of an abject failure of modern organized psychiatry [the American Psychiatric Association and theNational Institute of Mental Health] rather than as something to use in a call to arms for more support for brain research.

In World War I, we learned from the trench warfare that prolonged, sustained combat causes epidemic mental illness – the longer the exposure, the worse it gets. It was erroneously called Shell Shock in that war.  Then in World War II, we named it Combat Fatigue. In Viet Nam, it became PTSD. Our literature is filled with data supporting this intuitively obvious fact. So as Director of the National Institute of Mental Health, why in the hell wasn’t Tom Insel testifying to Congress and the Joint Chiefs about the insanity in their policy of letting [in fact incentivizing] our adolescents go back for five or more contiguous tours of duty in middle east wars – wars where they live with the constant knowledge that any person on the street might be another human bomb? It may be cleaner than the trenches, but psychologically it’s equally grim."