Dear Dorktor, psychopharmacology as it is practiced, is not ethical medical care 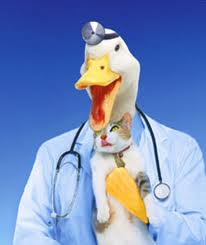 How and why mainstream psychiatry became psychopharmacology had nothing to do with what was in the best interests of psychiatric patients. I say this, because it is apparent to me that in the disease model, that psychopharmaocology is based upon, the patient's subjective experiences, are minimized or dismissed altogether. No man is an island. Emotional, psychological, social, and behavioral factors and symptoms do not develop in a biological vacuum; human beings are not simply biological organisms. For so-called 'experts' to be certain of their ideas to the degree that ‘psycho’ pharmacologists seem to be, absent definitive empirical evidence that even supports, let alone scientifically validates these ideas, is sheer lunacy. If symptoms could be best understood solely within such a biological framework, wouldn't that just be marvelous? (I am being sarcastic)

A common self-defense used by parents of adults labeled with psychosis is that they did not abuse their offspring, they didn't cause their child to have "schizophrenia." Apparently, it's considered an insult or perceived as some knid of threat to some parents of minor and adult children with psychiatric diagnoses to suggest that a loved one's symptoms are not caused by an illusory brain disease; but may be described as coping strategies resulting from unresolved intra-personal conflicts and/or conflicts within relationships. This explanation is  frequently perceived by family members as an accusation, accompanied by a judgment that assigns blame.

I don't personally believe that truly accepting personal responsibility for how our behavior affects others means that we are "to blame" for a person having a "mental illness." I know that how we treat people, whether they have a psychiatric diagnosis or not, always matters--we affect one another. The disease model relies on the assumption that how we treat one another has nothing, or very little, to do with people developing symptoms of "mental illness."  I don't buy it, for even a fraction of a second.

Ironically, some of the parents who are faithful believers in the neuro-biological disease hypothesis have no difficulty describing how they themselves are adversely affected by a mentally ill family member's behaviors, symptoms, understandably, some resent the adoption of a care-taking role.  People who have no difficulty stating that they experience symptoms of depression, anxiety, etc. that they then attribute to being the parent and/or the caretaker for a person with a psychiatric diagnosis. These family members cast themselves as victim/martyrs who can't cause "mentally illness," because it's a "brain disease." While they are motivated by love, they are limiting their potential to be helpful to their loved one, and perhaps preventing a more thorough of their loved one's distress. How is it possible to effectively support and/or advocate FOR a loved one without considering how one treats a family member who is in distress important? How we treat a person with a psychiatric diagnosis can exacerbate or relieve symptoms.  How can anyone act in the "best interests" of a family member without being willing to thoroughly explore how family dynamics and one's own responses may cause additional distress and exacerbate a loved one's symptoms? Ironically, some family members seem to believe themselves to be only a positive influence in a loved one's recovery...

In the disease model, the patient is effectively invalidated, and discounted as a matter of course; this utterly and completely disrespectful treatment frequently serves to exacerbate symptoms of distress, breeding misunderstanding, causing mistrust. In my experience, people who are experiencing psychosis, have little difficulty in discerning when others are being disrespectful, judgmental and have little regard for them. Conversely, people experiencing psychosis can invariably discern when others are supportive, kind and who truly value them as a human being, worthy of respect and validation.

The disease model effectively invalidates a person instead of seeking to understand their experiences, perhaps to understand how these experiences have caused the symptoms of their distress. Psychophamacology seeks to extinguish psychosis with seemingly little consideration given to how the neurotoxic drugs affect the whole person by chemically altering biological processes in very meaningful, and an extremely deleterious manner. To focus on the chemical biological processes, which are not clearly understood; by using teratogenic drugs which alter even more biological processes than are intentionally targeted; and claim that this is based on medical science, and that it is effective treatment is dishonest to say the very least! Given what is now known about the the etiology of mental illnesses, and the action of the teratogenic drugs used to treat them, it isn’t even ethical to use them without fully informing the people that using them is in reality, Human Experimentation, as their use is not based on the scientific evidence, but the subjective opinions and observations of so-called ‘experts.’

How in the hell can altering normally functioning biological processes and causing cognitive and neurological impairments and physiological systems to dysfunction be considered ethical, medical treatment? It is sheer hubris to believe iatrogenic harm is justifiable or therapeutic.

I just don't get it. I have always been interested in what makes people think, feel and behave the way we do. I like to think I have a pretty decent grasp on why humans develop in the manner we do, and what it requires to develop into healthy functional adults. I simply do not understand how or why a profession whose mission is to heal to understand, diagnose and treat the minds of those with a mental illness, could come to rely on a yet to be validated hypothesis, and arrogantly assume that a belief in a yet to be validated hypothesis, can be the foundation of Evidence-Based treatment for a disease not yet identified much less, understood.

"Psycho" pharmacology is not effectively treating many patients; but is instead disabling and killing children, traumatized veterans and the elderly at an alarming rate.