An Officer of the Court

I used this symbol because before Mr. McKenna was elected as Washington State's
Attorney General, he was admitted to the Washington State Bar; which made him an
Officer of the Court.

via The Seattle Times:

August 28, 2012 at 10:30 AM
McKenna: Legalization of marijuana not a states’ rights issue
Posted by Andrew Garber

Republican gubernatorial candidate Rob McKenna said legalization of marijuana is not a states’ rights issue, when asked Tuesday what he’d do as governor if voters approved Initiative 502 in November.

“I don’t think it’s a states’ rights issue. I think you have federal supremacy when it comes to laws like this,” he told reporters in a conference call. “If our state attempts to legalize a product, which is still criminalized under federal law, the feds will move forward and prosecute under federal law.”

I-502 would legalize possession and sale of up to 1 ounce of marijuana. It would impose a steep excise tax on marijuana and cannabis-infused products at new state-licensed marijuana stores, and would allow state-regulated grow farms.

McKenna opposes the measure, as does his Democratic challenger Jay Inslee. When pressed for details about what he’d do if the measure was approved, McKenna declined comment.

“I don’t want to comment on what could happen with a law that’s not going to pass. If it passes in November, we’ll evaluate what actions we need to take,” he said.

McKenna also said Tuesday he would not release his income tax returns.

Inslee released five years of federal income-tax returns last week and called on McKenna to do the same. McKenna has said previously he wouldn’t release the documents, but his campaign indicated last week that he was reconsidering.

On Tuesday, McKenna reaffirmed his earlier position. “It’s a phony issue. Anyone who wants to know what my salary is, what property I own, what debts I have, etc., can look at that on my F1 (financial disclosure reports),” McKenna said.  read

Something is phony alright! I'm certain it is Mr. McKenna.  The man is entitled to his personal opinions, as are we all. However, recognizing what is and is not within the rights of the citizens who reside in the State of Washington, is not not simply a matter of his own personal opinions; but a matter of Law. McKenna seems to be confused about the Law itself; indeed, he is seems confused about the role of an Attorney General. Those who wish may look at Mr. McKenna's F1 file; he could simply be open, honest and forthright to save the voting public the trouble, couldn't he?

I admit I'm biased...But I happen to know that Mr. McKenna as the Attorney General, has failed to prosecute people who victimize vulnerable adults and children; and I take that personally, it's impossible for me not to. He has failed to defend victims of crime, failed to investigate and prosecute crimes when the perpetrators are State employees, or contracted service providers, acting under the State's authority. One of the victims, is my son.  More than a year after informing Mr. McKenna's office of felony crimes having been committed in Superior  Court; I received a response from his office.  Since he is the AG, he is an Officer of the Court, and the head of Washington State Law Enforcement; I don't believe waiting to respond for over a year after a person contacts his office reporting the crimes of fraud and perjury being perpetrated by service providers operating under the authority granted to them by the State of Washington is doing his job ethically or honestly...The AG's Executive Assistant characterized my contact with Mr. McKenna's office as recent, which is not accurate.


As I stated, we're all entitled to our own opinions, and I have one I'd like to share. 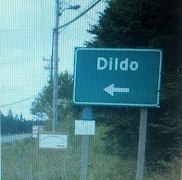