I am not an "unfortunate parent" 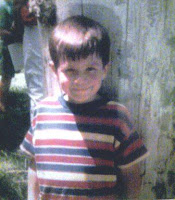 I follow several blogs and one of them totally pissed me off.  The author appears to be attempting to justify the bio-disease model and the treatment of schizophrenia with neuroleptics. Neuroleptics DO NOT WORK, are not in effect or in fact, "antipsychotic" for a significant percentage of people with a diagnosis of schizophrenia.

The writer takes liberties with the truth about what is and is not known about the diagnosis of schizophrenia.  Apparently, having access to information that is not readily accessible to a mere mortal like myself, Dr. Allen authoritatively states, "However, the vast majority of neuroscientists, physicians, and psychologists no longer believe schizophrenia to be primarily a "functional" (psychological or behavioral) disorder."  I would like to know when did a consensus of shared opinions or beliefs become an ethical or scientific method to validate the nature of a subjective diagnosis, much less the etiology of a phenomena? If the practice of Psychiatry were a religion, and it's symptomatic manifestation/s were a religious belief system whose doctrine required prescribing and/or taking neuroleptic drugs as an act of faith; Dr. Allen's assertion would make sense.

The author ends with,  "So, if you are the unfortunate parent of a person with schizophrenia who is dead set on blaming yourself for the condition of your child, I would ask two questions.  These are rhetorical questions, since I have no way of evaluating the accuracy of your answers:

I left this comment:
You have missed the mark. A better question would be, why on earth more psychiatrists don't feel guilty for perpetrating such massive fraud? Or about how they have harmed hundreds of thousands with "off-label" i.e. "experimental" drug use?The only thing I feel guilty about is allowing my son to be drugged at all, when he was young. The deleterious effects of the DRUGS were attributed to his "condition." The denial on the part of mental health professionals that experience(being traumatized)had anything to do with my son's difficulties--I am outraged at the unethical psychiatric profession. NO accountability, no ethical integrity and it is NOT medicine--psychiatry's "treatment" record speaks for itself.

the response from Dr. Allen:

Yobluemama,
You said, "A better question would be, why on earth more psychiatrists don't feel guilty for perpetrating such massive fraud? Or about how they have harmed hundreds of thousands with "off-label" i.e. "experimental" drug use?"I hope by now you know I am incomplete agreement with you about the validity of that question. It just was not the question addressed in this post.

I can see how this manipulation is used to coerce the parent into believing they are "supporting" their child, by using coercion and manipulation to ensure "treatment compliance."  This primarily serves to support the psychiatrist's diagnosis and treatment recommendation; which is not at all the same thing as supporting the person who was given a psychiatric diagnosis...Why would anyone, (especially parents) not consider the fact that interpersonal relationships (especially within the family) are important to all humans, this importance does not diminish when a person is given a psychiatric diagnosis; I believe it increases, just as it would in any type of crisis, or potentially life-altering event.  Regardless of a diagnosis of any kind, coercion and manipulation breed mistrust within relationships; why would these methods of control and abuse of power be seen as anything but what they are?  Why would these methods of social control be used supposedly as 'therapeutic tools'?  How we act towards one another does not become less important when a family member has a crisis and is given a psychiatric diagnosis; and being given a psychiatric diagnosis does not mean that a person is   unaware that they are being conned, manipulated, invalidated or disrespected!

The only thing I feel guilty about is trusting psychiatrists and other so-called professionals as long as I did. I trusted them to my son's detriment, when my son was in grade school.  The deleterious negative effects of the neuroleptic drug, Risperdal, that was prescribed off-label, were attributed to my son's "condition!"  The denial on the part of psychiatric professionals is astounding.  The known adverse effects of neuroleptic drugs are NOT magically made less harmful, nor do they become less disabling  simply because psychiatrists call these iatrogenic injuries, "side effects."  Drug-induced fatalities cannot become "natural" or "accidental" deaths, simply because it is an unwritten public mental health policy not to track the iatrogenic fatalities of psychiatric patients. The serious life-altering effects were minimized or attributed to my son's  diagnosis. Even worse, his iatrogenic injuries were and still are, medically neglected.

It is fraud being committed; certainly not ethical medicine being practiced. No matter the efficacy, the safety; the harm done to MY SON, without Informed Consent, neuroleptic drugs were given to my son in spite of my protests. In the State of Washington's psychiatric research facility for children, Child Study and Treatment Center, (a facility I had been led to believe is a hospital, it is not; it is a research facility) my son was used in research; Human Experimentation is not  'medical treatment.' Claiming that it was 'medical treatment' did not give Jon McClellan, or any agent of the State of Washington, the right or the authority to use my son as a guinea pig in drug trials while violating State, Federal and International Laws--even if these state agents were acting Under Color of Law! It was an egregious abuse of power and authority that violated our individual rights under the U.S. Constitution.

Psychiatry's historical record speaks for itself. Some of psychiatry's victims never knew they were supposed to be heard and respected.  How many gave up after being repeatedly traumatized by psychiatric diagnosis and treatment? How many were robbed of their cognitive abilities, deprived of their ability to self-advocate; not protected from drug-induced disease or iatrogenic injuries that psychiatrists cause, but medically neglect?

I have two questions for any psychiatrist (no one person in particular):

1) Did you take the Hippocratic Oath, "First, do no harm?"

2) Have you caused grave injury to any patient that could have been prevented after taking this oath?

If so, why is it you do NOT feel guilty?

If psychiatrists began to examine their own conscience, they would be riddent with guilt, and the guilt would be so intense, they would be forced to repent, for their own sanity... In other words, they would STOP doing what it is their doing, and begin to do better (repentance).

Unfortunately, psychiatry is full of grandiose individuals, full of (ironically) lots of delusional thinking... "Power" that comes from nowhere, "science" that lacks any evidence...

History will not be kind to this "profession."

The idea that one study (no matter how large, how long) has suddenly put the "schizophrenia" argument to rest is absurd.

I'd like to be in the same lecture hall should psychiatry decide to go head-to-head with some good neurologists.

"Psychiatry is to medicine what astrology is to astronomy." - Leonard Roy Frank (ECT survivor)

If these psychiatrists weren't so dangerous, we could all see them for what they actually are - Bozos!

Maybe we're fighting the wrong fight... maybe all we need is a good Congressional bill... one that would require them to wear clown suits while on the job... Ha!

I appreciate your comments, as always...this guy is totally clueless, and doesn't know why---I let it get to me, I can be a real bitch, and I hate it when people presume to grant me or any one else permission to feel or not feel a freaking thing. What part of constellation therapy is that?!

I realize this wasn't directed at me, but I take it personally--given I am the parent of a son who has been diagnosed with schizophrenia. I do take it personally, when such negative, non-therapeutic and dis-empowering propaganda is offered as advice.

My best to you and yours...

Dis-empowering is what psychiatry does best.

Being told you don't have to feel guilty reminds me of the movie, 'Dances with Wolves,' when a tribal woman was told, 'You will grieve no more."

Actually, maybe they're from another planet!