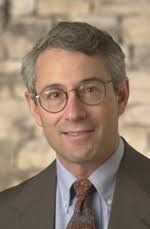 The Director's Blog of NIMH Director Thomas Insel is clearly written by a man who is invested in the idea that the biomedical model psychiatry is not to be questioned.  The efficacy and the negative effects of the drugs psychiatry uses and the iatrogenic illnesses patients experience are considered 'tolerable side-effects.'


Insel starts by saying, "a couple of recent clinical research reports that suggest some of the broadly accepted wisdom of our field may be wrong."   He then proceeds to mention a single report; but notably neglects to mention at all the Andreason finding of brain tissue shrinkage due to neuroleptic drugs, nor does he mention that a significant percentage of people with a diagnosis of schizophrenia, do not have a reduction in symptoms with neuroleptics; but can experience all the detrimental effects of iatrogenic illness the drugs can cause...


Insel states:
"For instance, lack of adherence to oral medication has been widely considered the most common reason for treatment failure in schizophrenia. However, in a recent random assignment study with a two year follow-up, an injectable, long-acting medication was no better than oral medication, as measured by re-hospitalization or quality of life measures."


The director then tries to assert that the increased suicide rate for veterans has to do with their diagnoses, and does not mention the fact that the vast majority, regardless of whether the diagnosis is PTSD or Bipolar are prescribed the same psychiaric drugs to "treat" their symptoms!  Drugs which are known to INCREASE the risk and incidence of suicide!  Couple this with the fact that Active Military are then Ordered to take whatever is prescribed, regardless of safety or efficacy or risk of suicide or other adverse outcome!  Insel fails to mention the the marked increase of psychiatric drugs prescribed to ever increasing numbers of our Active Military and our Veterans.   "In another example, PTSD has been assumed to be a leading cause of the increased suicides in soldiers and veterans. Yet a recent VA study of more than 7,000 suicides found that bipolar disorder was the most prevalent diagnosis. PTSD only increased the risk for suicide when complicated by substance abuse."
Insel's failure to even mention psychiatric drugs have been implicated in more than a few untimely deaths, does not honor the dead, nor does it honor the sacrifice they made in serving Our Country in the Armed Forces.


This blog post reads more like drug company propaganda in the first couple paragraphs, than a blog post of the Director of the NIMH, who is a research scientist.  It is a continuation of Insel's "stay the course" agenda outlined in the online Journal:  Psychiatric News October 15, 2010 vol. 45 no. 20 6-31  The article's title declares, NIMH Head Urges More Emphasis on Mental Illness as Brain Disorder.

This declaration is in spite of the fact that there has not been A SINGLE STUDY WHICH HAS EMPIRICAL DATA THAT SUPPORTS A CONCLUSION THAT ANY PSYCHIATRIC DIAGNOSIS  OR MENTAL ILLNESS IS THE RESULT OF A BRAIN DISORDER, BRAIN DISEASE OR GENETIC DEFECT.  Which begs the question, why would we continue to put the bulk of our research dollars and efforts into the one area that has FAILED to yield the kind of results one would think would be deserving of such a devotion on the part of the Director of National Institutes of Mental Health?

I hope the Director will find time to restore the integrity and ethics to the field of psychiatric research.  I sincerely hope that Thomas Insel finds the courage to hold grantees accountable for conducting research that has scientific validity; and not continue to merely serve as a marketing tool for the drug industry to facilitate expanding the psychiatric drug market.  The failure of psychiatry to conduct research ethically, and report results honestly is why this "medical" field lags behind other medical specialties and other scientific fields of study.  It is only by using valid scientific standards, protecting people used in research, adhering to sound medical ethics including Informed Consent; and not tolerating academic misconduct and outright fraud, that the NIMH can regain credibility.


Psychiatry can not hope to regain any credibility without first rising from the bed it lies in with the Pharmaceutical industry; and it will not unless individual practitioners and institutions become accountable for their conduct.  Just as importantly, psychiatry needs to remember that as practitioners of Medicine, the Hippocratic Oath, "First, do no harm..." is not an oath or an ideal that psychiatrists are to be working towards; by developing  less dangerous drugging protocols!  It is the starting point, the heretofore missing, critical foundation of the Ethical Practice of Medicine.  As a first step, the Hippocratic Oath can't be ignored in the treatment of human beings; even those who are labeled based on subjective opinion as, the 'most seriously mentally ill!'

"Whenever a doctor cannot do good, he must be kept from doing harm."
Hippocrates

American Veterans: They Made it Back Alive to Die Here at Home

The key staff at NIMH must have graduated from the Barnum and Bailey School of Medicine.

It is truly a circus act! My being forced to give up my son for part of the "act" pisses me the fuck off! What the hell kind of podunk shit is going on here? The practice of psychiatry is practiced like some kind of science fiction torture sequence! Psychiatry is not practiced with humanity in mind AT ALL. It is practiced under Force of Law for Christ's sake! Willing participation or abdication from participation, matter not at all. Psychiatry has taken choice and free will away from the people, who come to it's attention, in effect.

How the hell is this escaping the notice of the evening news?!?

Right now there are 3 States that have people held in locked facilities for Involuntary Treatment; one for Forced ECT!

Now the mother in Detroit who has Police and CPS come to take her child for following Medical advice of a Second Opinion she sought due to concerns about Risperdal!!! The State is making sure that this child is medicated in
spite of her mother's acting on a Doctor's advice to take her child off a drug that is potentially disabling and fatal!!!!

This is abuse of authority, abuse of power and violates this womans's Constitutional Rights as a parent. https://docs.google.com/document/d/1iAAbP2zbArsRH5f4R0ZVE-OCfOWrFSUwrqSrk3sK-wg/edit?hl=en

I am not rocket scientist, but I can read and I know when my Rights were run over by just this kind of power play. It is NOT MEDICINAL therapeutic OR LEGAL! THE LEGAL STANDARD IS THE CONSTITUTION OF THE UNITED STATES, AND SPECIFICALLY FOR THIS POOR WOMAN IN DETROIT, Parham v. J.R., 42 US 584, 602-606(1979)

What I want to know is WHY in the HELL has every regulatory and statutory authority, the Police, and Officers of the Court, the Courts themselves, and the Military all went along with this?!?

Has no one in America read a fucking history book? Talked to a Holocaust Survivor? Watched a freaking movie on the rise of the Third Reich?

These "doctors" have "treated" American citizens into states of permanent disability, and death with treatments that are now legislated "special treatment" a person can be Forced Under Color of Law to have?!?

Not Constitutional Not Medicine Not RIGHT!


sorry for the intensity...Duane, i laughed out loud when i read your comment, then i stopped and thought for just a second...This is not the America I thought it was, and it makes me so very sad and scared. Dirty freaking dogs in white coats are NOT doctors in reality, when this is what passes as "medicine."

The three-ring circus act is -

The clown act is watching how close these Bozos are..

Pretty close, as they all jump into the tiny clown car, and take a spin around ring three, then jump out with their sad faces and painted-on smiles!

You crack me up!

You know Insel's, "broadly accepted wisdom" is the utter false history of biopsychiatry and the pharmacological "treatment" of distress. How the hell does he think he can sell bullshit as wisdom? This bullshit is taught in Our Nation's Institutions of Higher Learning! This Nation has been robbed in virtually every way imaginable by Big Pharma aided and abetted by psychiatry--NIMH and the FDA are NOT working for or protecting the American people---and the front groups masquerading as "grassroots" advocates--I don't appreciate them trying to spread their "Mental Illness is a disease like any other disease crap in MY YARD.

If this were true, why aren't (to be crude and socially unacceptable and hopefully funny) Court Ordering Fat Diabetics to Exercise and Diet Plans? Diabetes and Obesity are Epidemic in this Country, and cost plenty of tax dollars. Erratic behavior and a harm to one's self are "symptoms" of unmanaged diabetes, which is common. Or even Court ordering a person with a diagnosis of depression to exercise would be perceived as "wrong" even though exercise is in fact clinically effective to combat both morbid obesity and depression---without iatrogenic effects!!! I wonder if it isn't done because it would have the potential of allowing for full recovery of health and no longer necessitate drugs?

Hmmm...You're right it's quite the Clown Act these Bozos have! I ain't afraid of Clowns!

I think your assessment of this entire scheme is right on the money!

In terms of the economic toll of these psychiatric drugs, the answer may lie with the states.

Medicaid is a 50-50 split with the feds/states. The federal government may not mind continuing to pay for these drugs, but with the states, it's a different story.

The feds can borrow and print more money, as more an more children are placed on psychiatric drugs.

Not the states, who have to balance their budgets. The vast majority of any state's budget lies in three areas - education, prisons, and health care. Some states spend over half their budgets on Medicaid!

States simply cannot afford to continue to do this. Period. So there may be some hope at the state level. As states are given information on safer and more effective treatments, ones that are far more cost effective, they may be in a position to give them a shot.

Of course, the feds work on making sure each of the states meet guidelines, but if a state refused to pay for drugs that were illegally researched and marketed, it would stop the drugging of kids, big-time!

It would take some moral and political will on the part of state legislatures, but as some states are beginning to cut spending simply to survive, they may be more apt to try something new in the area of Medicaid... safer, more effective, and more cost-effective treatments.

So the timing may be right to at least curb the use of these drugs with children. If kids begin to recover, the word will get out that these methods actually work, and adults (Medicare, Part-D, Veterans Administration), and other federal programs may begin to change as well, as people begin to demand treatments that work, not ones that cause more harm than good!

I'm certain your 'two cents' is worth at least two-bits!