Putting US Troops In Harms Way: It's Not Accident or Oversight 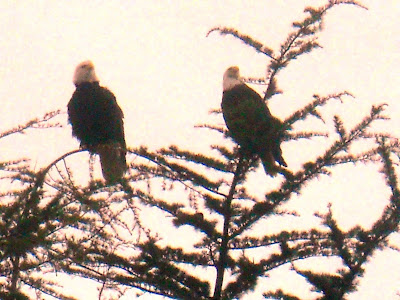 Psychiatric Drugs Are Killing Our Troops


It is a known, not uncommon outcome of taking psychiatric drugs for PTSD and/or other psychiatric diagnoses that the drugs cause neurological dysfunction and iatragenic illness; but, do not in fact correct any identified underlying pathology or dysfunction.  Even though the drugs are advertised as "safe and effective," this marketing claim is fraudulent as there is overwhelming evidence to the contrary.  Not a single study has ever been published in which it has been definitively concluded that a psychiatric diagnosis is the result of a specific pathology or disease, or neurobiological dysfunction that is responsible for causing the symptoms.  The drugs used are teratogenic;which means, the drugs can actually cause psychiatric symptoms and actual neurobiological diseases. If the etiology is unknown, mental health treatment providers should not be misleading and outright lying to patients or their loved ones. It is entirely inaccurate to state the drugs are treating 'diseases;' it is blatant fraud to state drugs treat either an illusory disease or the symptoms of the illusory disease, in order to gain "treatment compliance." It is false advertising, using propaganda to "educate" patients and the public; it is evidence of perpetrating fraud, not "practicing medicine."

Some patients report feeling better, and do not develop chronic illness;' this is not the same thing as demonstrating in ethical clinical trials that the drugs are "safe and effective."  Psychiatry and big pharma are doing more than this, they are changing public policy, and molding public attitudes towards "the mentally ill" for the worse to justify forcing them to take deadly drugs no matter what, States have changed laws and public policy using the pharma funded "education and advocacy" campaigners and "grassroots support groups" as Lobbyists, which effects all of us.   That this is all based on pseudo-science, greed, fraud and corruption, is sickening.


What is clear however, is the drugs do in fact cause a broad range of biological dysfunctions; and ultimately, lead to illness and death for those who take them over any length of time.   Why is this the course that has been taken?  Could it be because E. Fuller Torrey AKA the brain collector, is on the Staff of The Uniformed Services University of the Health Sciences?--Torrey did NOT earn this position; like everything else in the last couple of decades (since meeting Ted Stanley) it is a position bought and paid for, by the generous Mr. Stanley and The Stanley Family Foundation, isn't it amazing how much influence and social control money can buy?


In a little over twenty years spending a little more that $300 million on misinformation and propaganda both about "mental illness" and trauma; the psychiatric drugs used to "treat" unpleasant symptoms (and socially unacceptable behaviors) with dangerous drugs possessing very harmful effects, which are called "side effects."   Who pays?  There are the primary victims, some pay with their lives.  The survivors and those who love and take care of them, know that they were used by those driven by greed.  Psychiatric drugs prescribed robbed children, veterans and the elderly, of life, liberty, physical and cognitive abilities, and some have no idea to this day they were lied to about the drugs.  In robbing vulnerable American people of their health, and their lives;  every single American who pays taxes was also robbed.  Tax-dollars that fund the Federal Medicaid and Medicare paid out billions of  to the pharmaceutical industry in fraudulent claims when these two programs paid for 80-90% of the psychiatric drugs prescribed---How is it that even the cost of "uncovered" drugs were paid?  For decades, fraudulently billed claims, for "treatment" of "mental illness" have been inexplicably paid for psychiatric drugs---how is it this was paid for?  Who at CMS determined to pay all claims for psychiatric drugs prescribed NO matter what?.  This fraud has virtually bankrupted Our Nation's publicly funded Medicaid and Medicare systems, Social Service and Child Welfare Systems.  And a lot of people got rich by killing, maiming and defrauding Americans right here in the Good Ol'. US of A.


Another effect of this loss of life and health is the numbers of those disabled from psychiatric diagnosis and "treatment" is adding Americans to every Federally funded disability insurance/social service payment systems at an alarming rate. SSDI and SSI, receive so many claims, there is a 2 year wait for a initial determination, some are approved after five or more years and receive benefits from the date of application, once finally approved.    The corporate charlatans, and the American Psychiatric Association working in concert have robbed children, the elderly and traumatized veterans of their lives; and defrauded the American People to do it.   In spite of enormous fines paid by the pharmaceutical industry, these crooks are continuing to conduct business as usual.  I want to know how many more lives are we going to let them take?   I would like to know when are unethical prescribers going to jail?

Psychiatric Drug Trials Serve One Unethical Purpose
To Expand the Market and Increase Corporate Profit
It is Experimentation on Human Subjects.


thank you D. Bunker for reporting this...
“In 2009 there were 239 suicides within the Army, including the Reserves, 160 active duty suicides, 146 active duty deaths from drug overdoses and high-risk behavior, and 1,713 suicide attempts, says the Army’s suicide report released in July."


"More troops are dying from their own hands than in combat, says the Army report, titled “Health Promotion, Risk Reduction, and Suicide Prevention.” Thirty-six percent of the suicides were among troops who were never deployed."


read the whole story at Psychiatry, It's a Killing:  Psychiatric Drugs are a US National Security Problem


The Russians are studying this as a "Weakness in the US Military"  No shit!?!  I wonder why?  NOT!  This is NOT something WE need to "study"  It is something WE must stop--given the scientific fraud, financial fraud, the number killed and disabled, these are obviously NOT "safe and effective" drugs; unless outcomes of death and disability are the new "recovery" offered people experiencing what is called PTSD and "Mental Illness?"


You know, that weirdo Torrey collects Human Brains in real life?  There are families who have brought lawsuits attempting to have loved ones brains returned.  Torrey and his twisted TAC or whatever he calls his  research/Brain Collector Activity.   Two of these families are suing for their loved ones brains being removed by the employee who was gifted to the King County, Washington Office of the Coroner by the Brain Collector.  Two brains were removed, and flown in a private jet to join E. Fuller Torrey's collection of Human Brains.  This freak, E. Fuller Torrey, has kept the brains of victims whose families have sought the return of.  Torrey has WAY more money behind him(thank you Mr. Stanley!) money for lawyers and employees to donate to County Coroners, who without proper authorization, and with seeming impunity, remove the entire brains of the deceased, to send on private jet to E. Fuller Torrey...


This is only one example of the truly twisted shit this guy comes up with.  Incredibly, according to NAMI, Torrey is a Humanitarian!  That would not be MY diagnosis!  What kind of Humanitarian refuses to return the Brain of a loved one to their grieving family?  NAMI considers the Brain Collector to be THE Lead Researcher of Schizophrenia in the Nation!  He is no Humanitarian, no researcher or even a "doctor" in any real sense.   What he is doing is NOT scientific, not humane, and not "medicine" for fuck's sake!  NAMI National has given The Brain Collector Humanitarian Awards---it makes me sick!  What a truly evil thing to do, collect brains...


Why is the mainstream press ignoring these stories anyway?  Could it be a lack of Journalism Ethics coupled with a glaring Conflict of Interest?  All of the major "News" Print and TV/Radio/Internet sources receive a nice income from direct-to-consumer advertising and marketing of psychiatric drugs, as well as from the Law firms who are suing the Pharmaceutical Industry on behalf of the victims/survivors of a number of unsafe drugs.


All too often, the psychiatric drugs which are approved by the FDA are approved on insufficient and/or fraudulently obtained or reported data and once approved for any use or population allowed to be used for any and every diagnosis or age group.   Where is the protection in that?  The FDA is not protecting the American people, it is putting them at risk.  By not regulating the use of drugs not safe for children, indeed not "safe and effective" for most adults either; many children have been disabled and have died.  By not requiring physicians and all prescribers to report adverse events, including death, to the Adverse Events data base; some important data is, purposefully not being collected.  The failure to mandate that prescribers of any and all drugs report adverse events potentially related to FDA approved drugs, protects the corrupt drug industry, unethical prescribers and the FDA.  The FDA is failing to collect the data which would quantify how "safe and efficacious" any FDA approved drug is in real world practice.  Seems criminal to me.

Thanks for the bump! WHY is the Media ignoring this psychiatric holocaust?

I caught some media moron interviewing a shrink at San Francisco General Hospital who assured his media mouthpiece that "It's not like the old days, with Lobotomies and ECT."

ALL of the Docs at SFGH are UCSF (University of California San Francisco) FACULTY, Not students, Not grads, They're FACULTY, and UCSF has its Own ECT infliction facilities and ECT courses. As for Lobotomies, their filthy drugs ARE a Lobotomy according to Dr Grace Jackson & Dr. Peter Breggin.

And these same UCSF FACULTY, needed a Hall Monitor to police them back into the bathroom to wash their hands after they get through. And even With the Hall Monitor,, they Still couldn't housebreak 18% of these clowns.

This entire Industry if full of Something, and what it's full of sure as Hell isn't of ANY Benefit to Anyone but itself.

In a nutshell, the vast majority of the Media are spineless scum who will Not cross local Governments, who are glomming onto Billions of Dollars from State & Federal coffers to buy New Hospitals and the Votes of those Clowns infesting their crap Universities, Outreach Centers, Social Workers, you name it, ...... the list is endless.

What we're seeing is the Only product that allowing Government to redistribute wealth has Ever produced: Waste, Fraud, Abuse, & Tyranny.

You are welcome for 'the bump!' This is a National disgrace--Veterans, the elderly and children are perceived as "drug markets" by big pharma it appears. Journalists, seem to not be reporting--independently verifying facts--before running a story. Mainstream journalism functions as an extension of the marketing campaigns of pharmaceutical companies; running press releases handed to them by marketing departments as news; with a few rare exceptions.

They are part of the problem as I see it.