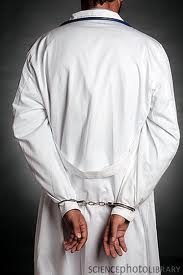 I am disappointed by the lack of integrity that permeates the psychiatric profession. I see no evidence of any effort to be responsible or accountable for the harm done to patients. Bio-medical psychiatry has a foundation reliant on dishonesty. Psychiatrists who falsely reported of research results, fraudulently obtained FDA approval for drugs, and participated in illegally marketing of psychiatric drugs, help formulate public policy. It is plain that these psychiatrists are continuing to participate in what is a widespread ongoing criminal enterprise that continues to pick America's pocket and continues to harm thousands of patients. These doctors see nothing wrong with failing to warn other professionals away from corrupt 'evidence.' Psychiatrists don't petition medical boards to take away the medical licenses of the criminals among the APA and AACAP membership who have lied about 'the medicine;' not even those who have disabled and killed patients in drug trials and clinical practice. Doctors who buried the evidence of their wrongdoing, along with the bodies of their patients are considered 'Key Opinion Leaders.' Some are teaching in Institutions of Higher Learning using texts filled with their corrupt work. Discredited and fraudulent research remains in psychiatry's so-called 'Evidence-Base.' Coercive and manipulative social control strategies are standard clinical practices; this is social/political control by use of torture under color of law; if psychiatry is in fact an ethical medical specialty, I'm Mary Poppins...

At a Senate hearing that took place on December 1, 2011 Senator Tom Carper said the hearing was the culmination of the third investigation into the prolific use of psychiatric drugs particularly those prescribed off label then fraudulently billed to the Federal Medicaid program. What I want to know is WHY has there been no effort to prosecute obvious criminal activity, or better yet, STOP unethical pseudo-medical, i.e. fraudulent, standard practices? Psychiatrists adopting the bio-medical model by a political process have effectively functioned as social architects who willingly partnered with pharma and sold out their patients for financial and academic reward. Don't fool yourselves, psychiatrists are acting as eugenicists; psychiatrists have abused medical privilege, forgot ethical medical principles, lied about what is and is not known about psychiatric diagnoses---it is not the first time psychiatrists have done this. Psychiatrists have blatantly lied about the efficacy and the safety of prescribed drugs and their direct teratogenic mechanisms of action...Apparently lacking insight into the horrific human toll of their professional conduct, blinded to the iatrogenic harm inflicted on their patients, seemingly, absent any ability to truly empathize with or understand the meaning and the nature of their own tortured patients; psychiatrists determined by consensus that what they BELIEVE to be true about their patient is a fact, regardless of what their patient states. No need to ask the patient if they feel "effectively treated;" unless of course the patient is treatment compliant, i.e. successfully treated...

Somehow shared opinion is magically transformed it into scientific evidence by psychiatry. This 'evidence' is used by psychiatrists to 'practice medicine,' abusing their medical privilege to have noncompliant patients adjudicated as mentally ill in Courts of Law; while using subterfuge and coercion as 'medical instruments.' Psychiatrists are doctors treating 'brain diseases' but are not honest with their patients or the general public. Psychiatrists do not conform to ethical medical standards and violate the Human Rights of their patients as a matter of course. As a result, Human Experimentation has become the Gold Standard in clinical psychiatric care standards. The vast majority of psychiatric drugs are prescribed to people on Medicaid. When prescriptions are not FDA-approved, they are "off-label prescriptions;" e.g. prescribed experimentally. If the prescription is not supported by DRUGDEX, or another compendium of approved drugs recognized by Medicaid, both the prescriber and the pharmacist who cause a claim to be submitted for payment to Medicaid, are filing a fraudulent claim, it's a crime. This criminal activity continues unabated, and continues to cost billions; the human toll is inestimable.

The APA and AACAP professional associations are not regulatory bodies, both appear to be unable to accurately assess any ethical deficits in the "science" or the "medical practice" of psychiatry.  Albert Einstein said, “You cannot solve a problem from the same consciousness that created it. You must learn to see the world anew.” Psychiatry's ethical failure is the antithesis to medicine in the Hippocratic tradition, made more pronounced by it's consistent failure to recognize or respect the human rights of psychiatric patients. It is indeed criminal medical negligence for an individual, let alone almost an entire profession to abdicate any and all responsibility for the iatrogenic harm done to psychiatric patients; patients who are disabled and killed, without regard for the fact disability and death are consistent, if not desired outcomes. Willful blindness to obvious iatrogenic harm done by psychiatric drugs, including homicide is evidence of psychiatry's non-medical nature. Thomas Insel crowing about the need for using psychiatry's "evidence base" and recommending psychiatry implement even more reckless prescribing "standards" through "Translational Science;" is indicitive that Insel doesn't seem to realize there has to be actual 'ethical, medical science' to translate.

In reality, any actual medical science is too often obscured with the APA's pseudo-democratic manner of gathering "evidence" to validate the APA consensus driven diagnostic and treatment standards. Consensus is no substitute for ethical medical research. The willful blindness to a wide variety of cognitive, neurological, and metabolic iatrogenic damage inflicted on psychiatric patients is compounded by the medical neglect of psychiatric patient's iatrogenic injuries. Society is paying for the mentally ill to be legally compelled to be "medically treated" with neuroleptic and other psychoactive drugs; sometimes in combinations known to be fatal. Psychiatrists recklessly abuse prescription privileges off label prescribing is NOT license to prescribe for no good reason, without any evidence.... Psychiatry's psychopharmacological pseudo-medical treatments with or without electro-shock are potentially fatal. The fact some people subjected to psychiatric treatment describe it as torture, should not be ignored. Far too many people "medically treated" in reality, have been tortured. One never hears of the APA or the AACAP validating survivors and victims of iatrogenic drug induced disabilities much less honoring the memory of victims of iatrogenic fatality.

Psychiatrists who willingly participated in research that effectively served as a marketing tool for pharma and published 'peer-reviewed' articles in support of marketing agendas are considered 'KOLs;' BMOC basically. The APA and the ACAAP membership fail to value ethical medical standards. As a whole, the profession has functioned without ethical integrity. Lead researchers have actively and passively participated in an ongoing criminal enterprise that is subverting science and defrauding the American people while using medical fraud as a standard clinical practice. It is little surprise that these geniuses who are so called KOLs are recommending that nothing in the practice of psychiatry change.

via AACAP The Academy of Child and Adolescent Psychiatry

FAQs on Child and Adolescent Depression

"What causes depression in children?

"Depression has no single cause. Both genetics and the environment play a role, and some children may be more likely to become depressed. Depression in children can be triggered by a medical illness, a stressful situation, or the loss of an important person. Children with behavior problems or anxiety also are more likely to get depressed. Sometimes, it can be hard to identify any triggering event."

The claim that depression is caused by a 'chemical imbalance' is no longer being made; paltry evidence of what should be a concerted effort to start providing factual information to the public. It is apparent to me that these professionals do not appear to concerned about regaining the public trust that has steadily eroded due to a serious lack of integrity in academic research, fraudulent marketing and abdication of ethical duty to patients. and . However, after reading this: "Are medications safe? Do they increase risk of suicide? When prescribed and monitored carefully, medications are both safe and effective ways to treat of depressed youth. Fluoxetine or Prozac, a selective serotonin reuptake inhibitor, is the medicine that so far has proved most safe and effective. There are times, however, when other medications can and should be used. While medications have been associated with a small increase in thoughts of suicide, there is no evidence that antidepressants actually increase the risk of suicide. For moderate to severe depression, the potential benefits from medication treatment seem to outweigh the potential risks. Click here for a complete discussion of the use of medication in childhood depression." I realized that no real changes are planned (to actually become ethical or evidenced-based medicine) Psychiatric drugs will continue to be recommended as a "First-Line" treatment for depression; and apparently, other drugs as well. I also realized (once again) that psychiatrists in positions of leadership at the ACAAP, seem to have no problem at all flat out lying about the drugs they are using.

The use of SSRI antidepressants on children and adolescents is based on the TADS Drug Trial. In the trial there were a total of 18 suicide attempts all but one was a kid who was on Fluoxetine, or Prozac, and there was an obvious attempt made by the researchers to present the data in a way that would misrepresent the suicide data in journal articles. Robert Whitaker reported, "The TADS study has been used to justify the prescribing of Prozac—and really, by extension—other SSRIs to children and adolescents. The TADS researchers reported that the drug treatment was effective and didn’t increase the risk for suicidal events, as compared to placebo. Adding CBT to medication “enhances the safety of medication,” the TADS researchers wrote.

"All the while, the real suicide data was being hidden. The TADS investigators weren’t disclosing the number of suicide attempts, and they weren’t reporting that all but one of the suicide attempts were in fluoxetine-treated youth. Instead, they made it appear that a similar number of suicidal events had been seen in the placebo group, and, at one point, even wrote that 15 in this group had attempted suicide." read here

Dr. David Healy reports, "The FDA became party to a myth that somehow Prozac was ok where other antidepressants given to children weren’t.

"Because FDA had licensed Prozac for depression before the 2004 suicide controversy blew up, they became party to a myth that somehow Prozac was ok where other antidepressants given to children weren’t. Prozac in fact shows no more efficacy than other antidepressants for children and has just as bad a suicidality profile, along with a range of other harms such as sexual dysfunction, inhibited growth, and other problems, as other antidepressants. emphasis mine

"This is not an argument against Prozac. Suicidality can be anticipated and forestalled by warning patients. I once thought that an appeal to patient safety would get doctors on board." here

In a large NIMH trial of 4,041 “real-world” outpatients, only 108 patients remitted and stayed well and in the trial during the one-year followup. Efficacy and Effectiveness of Antidepressants. Pigott, H. Psychotherapy and Psychosomatics, 79 (2010), 267-279.