Champions of Change? God Bless America and Protect Her Defenders... 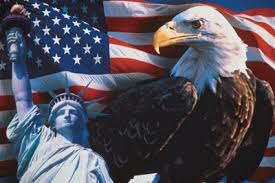 The NIMH is honored by the White House as "Champions of Change."  I want to scream, cry stomp my feet---How in the hell can an agency with such a seriously  ethically challenged Director be a champion of anything?   How much studying does it take for   Champions, who are Public Servants and  "America's "experts" to see what is right in front of them?  The  research the American People have already paid for holds the answers...

Back in 2008, the Army came to the National Institute of Mental Health and said, you know, we realize we have a problem, and during this timeframe, the Army had seen a doubling of their risk for suicide. Traditionally, the Army had had a much lower risk of suicide than the general civilian population. But over this time period, from the early 2000s to 2008, this risk for suicide within the military, and within the Army in particular, had continued to grow to the point where it had just then begun to exceed the civilian population’s risk. And so Army STARRS is a basic research project designed to provide the Army with vital information about, you know, what’s going on, what might lie behind this rise in suicide. With the urgency that the Army has and being able to take these findings and turn them into things that are actionable.

The Director of the NIMH, Thomas Insel, knows that psychiatric drugs used to treat PTSD and other psychiatric issues are contributing to the suicide rate. So are multiple longer deployments. These two factors are unique to veterans of Afghanistan and Iraq which have strangely not been mentioned in discussions as to why so many are killing themselves--more commit suicide than die in Afghanistan and Iraq. If Insel is unaware of these facts, then he should not be the Director of the NIMH.

I did not finish High School and have two years of college. At one time, I was majoring in psychology with the intent of going into research. For those who know where to look and how to read with comprehension, the answers are easy to find---I can not help but be very angry about this announcement that there will be three more years of "studying" this issue, because, "you know we realize we have a problem," and now there is a plan to work with researchers about three years to "study" what the cause of drug-induced suicide is!!?

I started writing this blog on September 4, 2010 on September 11, 2011 the post was about Thomas Insel here is a quote from a psychiatrist who blogs:


"In World War I, we learned from the trench warfare that prolonged, sustained combat causes epidemic mental illness – the longer the exposure, the worse it gets. It was erroneously called Shell Shock in that war.  Then in World War II, we named it Combat Fatigue. In Viet Nam, it became PTSD. Our literature is filled with data supporting this intuitively obvious fact. So as Director of the National Institute of Mental Health, why in the hell wasn’t Tom Insel testifying to Congress and the Joint Chiefs about the insanity in their policy of letting [in fact incentivizing] our adolescents go back for five or more contiguous tours of duty in middle east wars – wars where they live with the constant knowledge that any person on the street might be another human bomb? It may be cleaner than the trenches, but psychologically it’s equally grim."  read the whole thing at 1 Boring Old Man


For an update on the true nature of this program, e.g. Experimental project with no scientific validity The Comprehensive Soldier Fitness Program


November 21, 2010 American Veterans They Made it Back Alive to Die Here at Home


April 14,2011 Putting Troops in Harms Way: it's not accident or oversight


I wrote about this August 23, 2011 Psychiatric Drugs are Killing American Soldiers


May 20, 2011 is First Line Treatment for PTSD Developed From Insufficient Evidence?
This post has a report from the Institute of Medicine on effective PTSD treatment


From the Project on Government Oversight:
A Leader in Ethics Reform at NIMH Doesn't Think the Rules Apply To Him